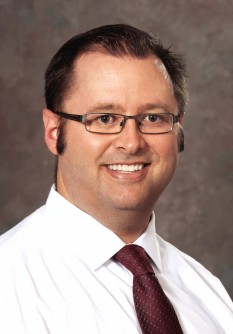 Researchers at UC Davis have shown that patients with acute myeloid leukemia (AML) who received their care at a National Cancer Institute (NCI) cancer center in California had a dramatically reduced risk of early mortality. Using data from the California Cancer Registry and the Patient Discharge Dataset, the team determined that the risk was reduced by 53 percent. These findings were reported in February in the journal Cancer.

“We found the early mortality, deaths less than 60 days after diagnosis, was significantly lower at the NCI-designated cancer centers compared to non-NCI-designated cancer centers in California,” said Brian Jonas, assistant professor of medicine at the UC Davis Comprehensive Cancer Center and co-author on the paper. “We were surprised by the magnitude of the differential.”

AML is one of the most common, and deadly, blood cancers. Patients generally receive inpatient chemotherapy for a month as part of their early treatment. Over the past few decades, early mortality has declined overall, mostly due to improved supportive care.

To determine whether hospital type had any bearing on early mortality, the researchers linked data from the California Cancer Registry and the California Office of Statewide Health Planning and Development Patient Discharge Database. The first provides sociodemographic and clinical data for all California cancer patients. The second has data on diagnoses and procedures for all hospital patients in California, excluding 14 Veterans Affairs and military hospitals.

The study included data on AML patients 18 or older who were treated with chemotherapy as inpatients between 1999 and 2014. Ultimately, slightly more than 7,000 patients were included in the analysis. Around 25 percent were treated at NCI-designated cancer centers.

The authors believe these variations in early mortality point to inconsistent supportive care. However, more work must be done to fully understand the differences in care driving these issues.

“This is clearly provocative data that makes you want to understand exactly why,” said Jonas. “We’re going to have to dive into that question in a more significant way.”

In the absence of data that could identify the exact causes, the researchers note that other studies have shown higher patient volumes may contribute to better care. The median for NCI-designated cancer centers was 13 AML patients each year. Other hospitals saw around two patients annually.

This is the first time these issues have been studied in a systematic way. The authors hope this research will spawn more intensive efforts to identify the causes that underlie these variations in early mortality between hospital sites.

“This is a provocative and hopeful paper in terms of improving outcomes,” said Jonas. “It sends a positive message that there are things we could probably do that could help everyone.”