Adolescent Users of Juul, Other E-Cigarette Pods Exposed to Nearly As Much Nicotine as Smokers, Study Shows 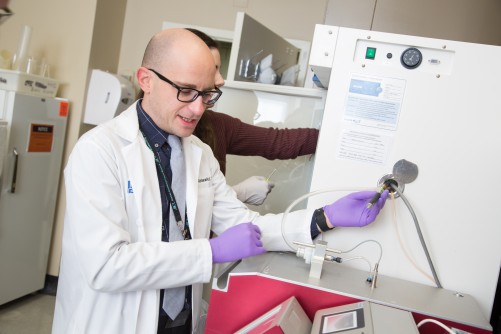 Newswise — BUFFALO, N.Y. — A new study on use of electronic cigarettes among adolescents reports striking findings: that young users of newer “pod” e-cigarette devices are absorbing nicotine at levels approaching nicotine exposure from traditional combustible cigarettes. The research, a collaboration between scientists at Roswell Park Comprehensive Cancer Center and pediatricians from Stony Brook Children’s Hospital, also reveals that Juul and similar products contain high concentrations of a modified, salt form of nicotine, which is more readily absorbed upon inhalation.

The team’s data, published in the journal Tobacco Control, represent the first reported independent findings on nicotine exposure among youths who use pod systems, small e-cigarette devices that resemble USB flash drives. “Pods are compact, lightweight, ultraportable and easy to use inconspicuously,” the authors of the new study note. “Use of Juul and similar products (‘juuling’) among youth has parents, teachers and the lay public appropriately concerned.”

The research team surveyed patients ages 12 to 21 who were seen at three Stony Brook Children’s Hospital outpatient clinics in Long Island, NY, from April 2017 to April 2018. More than 500 participants completed a 60-question anonymous questionnaire about their use of e-cigarettes, with more than half of them providing urine samples.

“We analyzed the samples looking at three things,” says the paper’s first author, Maciej Goniewicz, PhD, PharmD, Associate Professor of Oncology in the Department of Health Behavior at Roswell Park. “We measured how much nicotine is in the various products participants reported using, how much nicotine is in the vapor and could potentially be inhaled, and the concentration of nicotine metabolites in the urine of the 22 adolescents who reported using Juul or another pod within the last week, so we could see how much of the nicotine actually gets to the body.”

The team found that the nicotine concentrations in Juul and similar products ranged from 21.8 mg/mL to 56.2 mg/mL — significantly higher than what is seen with other e-cigarette technologies. In aerosol generated from those products, nicotine yields approached the levels found in smoke from traditional combustible cigarettes. Concentrations of cotinine, a byproduct of nicotine metabolism, were even higher than what has been reported among adolescent cigarette smokers — perhaps stemming from the fact that the products analyzed all incorporate a salt form of nicotine that is absorbed more efficiently than other forms. Biomarker analysis confirmed lack of exposure to tobacco smoke among these study participants.

“The levels of nicotine inhaled and absorbed by these pod users were alarmingly high,” notes co-author and study Principal Investigator Rachel Boykan, MD, a pediatrician and faculty member with Stony Brook Children’s Hospital and Stony Brook University. “While we acknowledge that this was a small study and further research is needed, it’s critically important that users, parents, clinicians, public-health advocates and regulatory bodies be informed about how Juul and similar devices work and how they impact the body, as our results show that the risk for long-term product use and nicotine addiction is dangerously high.”

The study, “High exposure to nicotine among adolescents who use Juul and other vape pod systems (‘pods’),” is available at tobaccocontrol.bmj.com. This work was funded by a grant from the Department of Pediatrics at Stony Brook University School of Medicine and by P30CA016056, the National Cancer Institute’s core grant to Roswell Park.

This release is also available on the Roswell Park website: https://www.roswellpark.org/media/news/adolescent-users-juul-other-e-cigarette-pods-exposed-nearly-much-nicotine-smokers-study

Roswell Park Comprehensive Cancer Center is a community united by the drive to eliminate cancer’s grip on humanity by unlocking its secrets through personalized approaches and unleashing the healing power of hope. Founded by Dr. Roswell Park in 1898, it is the only National Cancer Institute-designated comprehensive cancer center in Upstate New York. Learn more at www.roswellpark.org, or contact us at 1-800-ROSWELL (1-800-767-9355) or [email protected]. 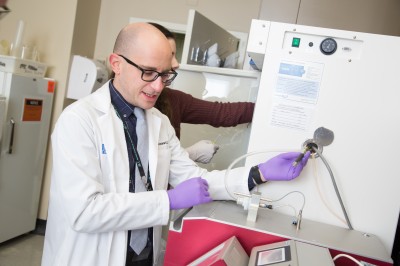