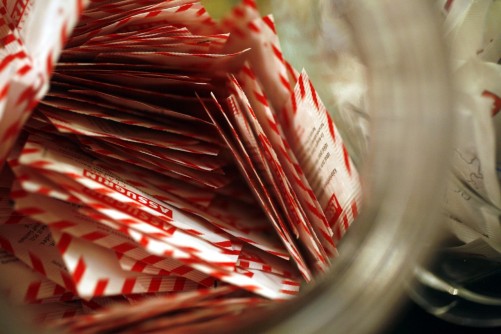 Newswise — University of Sydney researchers have confirmed widespread bias in industry-funded research into artificial sweeteners, which is potentially misleading millions by overstating their health benefits.

In the same week that the sugar industry came under fire for influencing the integrity of scientific research, this new comprehensive review of artificial sweetener studies reveals that reviews funded by artificial sweetener companies were nearly 17 times more likely to have favorable results.

"It's alarming to see how much power the artificial sweetener industry has over the results of its funded research, with not only the data but also the conclusions of these studies emphasising artificial sweeteners' positive effects while neglecting mention of any drawbacks," said co-author Professor Lisa Bero, head of the Charles Perkins Centre's bias node.

"The results of these studies are even more important than the conclusion, as the actual results are used in the development of dietary guidelines."Study confirms sponsor influence on results.

Alarmingly, this analysis of artificial sweetener studies also found financial conflicts of interest created bias at all levels of the research and publication process. Almost half (42 percent) of the reviews of artificial sweetener studies had authors that did not disclose their conflicts of interest, with about one-third of studies failing to reveal their funding sources altogether.

"Transparency around an author's conflicts of interest and research funding sources for this area of nutrition science is sadly lagging behind other fields," said Professor Bero.

"Our analysis shows that the claims made by artificial sweetener companies should be taken with a degree of skepticism, as many existing studies into artificial sweeteners seem to respond to sponsor demands to exaggerate positive results, even when they are conducted with standard methods.

"Ultimately it is consumers who lose out from this practice because our findings show that the results of reviews on the health benefits of artificial sweeteners cannot always be trusted. Measures to eliminate sponsor influence on nutrition research are desperately needed."

Four of the studies assessed in this latest review were funded by 'competitor companies' that marketed sugary drinks or water, with all four of these reviews reaching conclusions which did not promote the health benefits of artificial sweeteners.

"It's important to be critical of reviews that are funded by any food- or beverage-related companies, not just the sugar industry," said Professor Bero, who is also based in the Faculty of Pharmacy.

The PLOS ONE study is the first major review of the effects of funding bias in nutrition research from the Charles Perkins Centre's Bias in Research project node, a unique research collaboration aimed at improving health policy by encouraging unbiased and evidence-based research.

The study was conducted in collaboration with researchers from the Johns Hopkins Bloomberg School of Public Health, the University of California San Francisco, and the Ramazzini Institute.