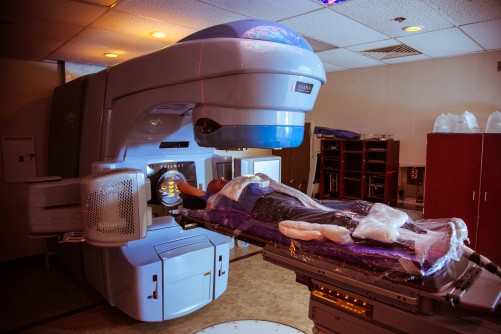 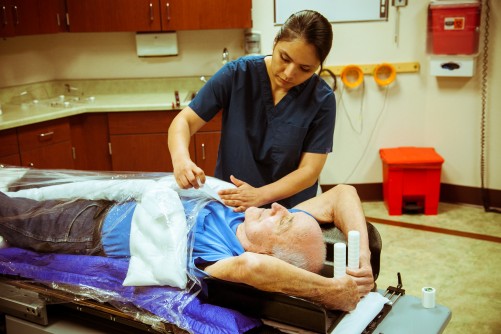 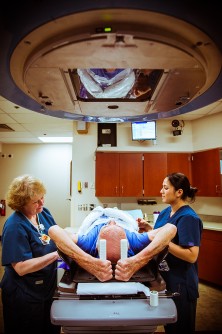 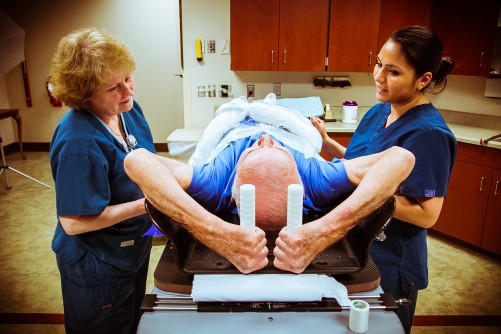 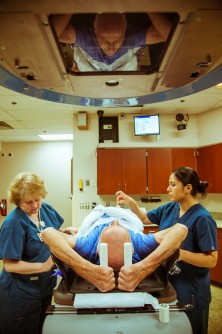 Newswise — ARLINGTON, Va., June 12, 2017 -- The American Society for Radiation Oncology (ASTRO) issued a new clinical guideline for the use of stereotactic body radiation therapy (SBRT) in early-stage lung cancer today. While SBRT is the current standard of care for peripherally located tumors in patients who cannot undergo surgery, the new guideline addresses the appropriateness of SBRT for medically inoperable patients with high-risk clinical scenarios requiring curative focused therapy. The guideline also reviews the role of SBRT for centrally located tumors because of their unique risks compared to peripheral tumors. The guideline is available as a free access article (link will be live after embargo lifts) in Practical Radiation Oncology, ASTRO’s clinical practice journal.

SBRT is an advanced type of external beam radiation therapy that uses sophisticated planning techniques to deliver an extremely high dose of radiation very precisely to a tumor. This high degree of precision makes SBRT notably effective at sparing healthy tissues surrounding the tumor, which is particularly important with lung tumors. For patients who are not fit enough for early-stage lung cancer surgery, SBRT presents a viable option for curative-intent treatment since it provides excellent outcomes with low toxicity. Compared to conventional external beam radiation therapy, which is delivered over several weeks, SBRT is typically administered in five or fewer treatment sessions, or fractions.

Drawing on data from retrospective and prospective studies and the available randomized clinical trials, the guideline provides evidence-based recommendations regarding the appropriate use of SBRT for early-stage non-small cell lung cancer (NSCLC). The principal goal of the guideline was to address SBRT for patients unable to tolerate surgery who require customization of SBRT in high-risk clinical scenarios, such as for salvage therapy after previous surgery or radiation therapy, for tumors invading the chest wall or for very large tumors. The guideline also details principles of SBRT directed toward centrally located lung tumors, since treating these tumors carries unique and significant risks when compared to treatment directed at peripherally located tumors. Additionally, although the focus of the guideline was the inoperable patient, the appropriateness of SBRT in the operable patient also was addressed, since it is an area of debate and controversy.

The guideline first addresses the appropriateness of SBRT as an alternative to surgery for different subsets of medically operable patients with early-stage NSCLC (e.g., T1-2, N0). Recommendations differ for patients at “high” versus “standard” risk for surgery-related mortality and are as follows:

For medically inoperable patients, recommendations vary based on tumor location, size and type, as well as treatment history. Guidelines are as follows:

For the medically inoperable patient, the guideline also outlines how SBRT techniques should be tailored for high-risk scenarios where the tumor abuts critical structures, so that appropriate tumor control can be achieved while minimizing risk to these same structures.  Guidelines are as follows:

Finally, the guideline considers the role of SBRT as salvage therapy for medically inoperable patients with recurrent early-stage disease. Recommendations vary based on treatment history and are as follows:

“With longer life expectancies and more sophisticated diagnostic tools, we have seen a rise in the incidence of early-stage lung cancer, including among patients who are not able to undergo surgery or choose not to do so. SBRT provides an option for these patients, who otherwise may not have received curative, definitive treatment,” said Gregory M. M. Videtic, MD, co-chair of the task force that authored the guideline and a radiation oncologist at the Cleveland Clinic. “Increasing access to this potentially life-saving treatment is essential to improve outcomes for the growing population of early-stage NSCLC patients.”

“NSCLC is a complex disease, with a great deal of heterogeneity among patients. This guideline reinforces SBRT as the standard of care for medically inoperable patients, but it also examines the safety and efficacy of SBRT in less traditional clinical scenarios, such as patients with larger tumors or recurrent patients with early-stage disease,” said Megan E. Daly, MD, also co-chair of the task force and a radiation oncologist at the University of California, Davis in Sacramento, California.

The guideline was based on a systematic literature review of studies published from January 1995 through August 2016. A total of 402 abstracts were retrieved from PubMed, and the 172 articles that met inclusion criteria were evaluated by an 18-member task force of experts in lung cancer, including radiation oncologists, surgeons and a patient representative. The Clinical Practice Statement was approved by ASTRO’s Board of Directors following a period of public comment. The guideline has been endorsed by the International Association for the Study of Lung Cancer (IASLC), the European Society for Radiotherapy & Oncology (ESTRO) and the Royal Australian and New Zealand College of Radiologists (RANZCR).

For a copy of “Stereotactic Body Radiotherapy for Early Stage Non-Small Cell Lung Cancer: An ASTRO Evidence-Based Guideline” or to schedule an interview with one of the authors, contact ASTRO’s media relations team at [email protected] or 703-286-1600.

ASTRO is the premier radiation oncology society in the world, with more than 10,000 members who are physicians, nurses, biologists, physicists, radiation therapists, dosimetrists and other health care professionals who specialize in treating patients with radiation therapies. As the leading organization in radiation oncology, the Society is dedicated to improving patient care through professional education and training, support for clinical practice and health policy standards, advancement of science and research, and advocacy. ASTRO publishes three medical journals, International Journal of Radiation Oncology • Biology • Physics (www.redjournal.org), Practical Radiation Oncology (www.practicalradonc.org) and Advances in Radiation Oncology (www.advancesradonc.org); developed and maintains an extensive patient website, RT Answers (www.rtanswers.org); and created the Radiation Oncology Institute (www.roinstitute.org), a nonprofit foundation to support research and education efforts around the world that enhance and confirm the critical role of radiation therapy in improving cancer treatment. To learn more about ASTRO, visit www.astro.org.