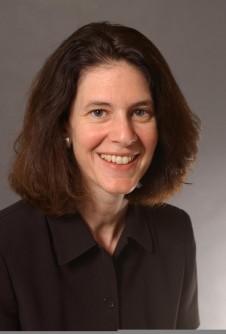 Newswise — By now, the wearying trope of internet outrage is a global touchstone, especially when it comes to "angry young men."

Everyone is familiar with what’s trending on Twitter. It gives a rough idea of what a particular group is thinking. But taking this a step further, ASU researchers are developing a software tool that mines big data and then maps out what’s trending on everything: Twitter, websites, blogs, news sites, speeches, images and videos.

It’s called Looking Glass, and it’s being used to counter violent extremism in part by identifying groups that promote peace and other positive social messages. Currently, ASU is partnering with a private international development company called Chemonics to test the tool in Libya.

Are messages from extremist groups having an effect on the post-Gadhafi government? Does what they’re saying have an effect on popular support? And how can authorities tell the difference between a terrorist and an angry teen?

“How do we distinguish between the radicals we like and the radicals we don’t like?” asked Carolyn Forbes, assistant director of the Center for the Study of Religion and Conflict. “That’s what the project tried to map.”

Forbes has been working on the project with Hasan Davulcu, associate professor in the School of Computing, Informatics and Decision Systems Engineering.

Initiated as a Department of Defense project, Looking Glass is the product of computer scientists, historians, anthropologists, Islamic studies scholars, sociologists and political scientists. It earned its name because it provides a visual lens into a group's thinking.

“Digital anthropology; I think that’s a good way to describe it,” Forbes said.

The software pulls in content from all over the internet and then maps out what people are saying.

“Anything you can get online, it’s going to look up,” Forbes said. “Basically, what we’re trying to understand are ideas and groups and the interactions of those things. ... Why do certain topics become hot-button issues and others don’t? It’s not always what you’d expect.”

To wit, reaction in Libya to France bombing al-Qaida recently was anti-French, but there was plenty of support for an American bombing of ISIS shortly after.

“It was very surprising,” she added, “and completely unexpected.”

Forbes said Looking Glass is about more than finding violent extremists, as important as that is. It’s also a way of identifying pro-social groups and positive social messages aimed at achieving Libyan unity, prosperity, security, cohesion and justice.

Chemonics is interested in the tool’s potential because development work is affected by the global war on terror.

What they’re interested in is not determining how safe a place is for aid workers (they have their own ways of determining that, according to Forbes), but rather measuring their effectiveness.

“Can it help USAID see if any of its own work is having an impact?” Forbes asked, referencing the United States Agency for International Development. “That’s one way they see this tool as being useful.”

The social media analytics software provides a birds-eye picture for what’s working and what’s not.

Looking Glass may have to adapt depending on sources.

“You need different strategies for different parts of the world,” Forbes said. “It may not lend itself to every country.”

For example, social media use in Afghanistan is sparse. The U.S. set up a social media network in Afghanistan that was wildly successful at first. But after American financing for the network wasn’t renewed in 2011, the Afghan company that ran it began charging a small fee. People stopped using it, according to a 2014 article in The New York Times.

“It has to draw from social media and other sources on the web,” Forbes said. “It all depends on what kind of data is available and how you can stream it through a system like this.”