Basking sharks exhibit different diving behavior depending on the season 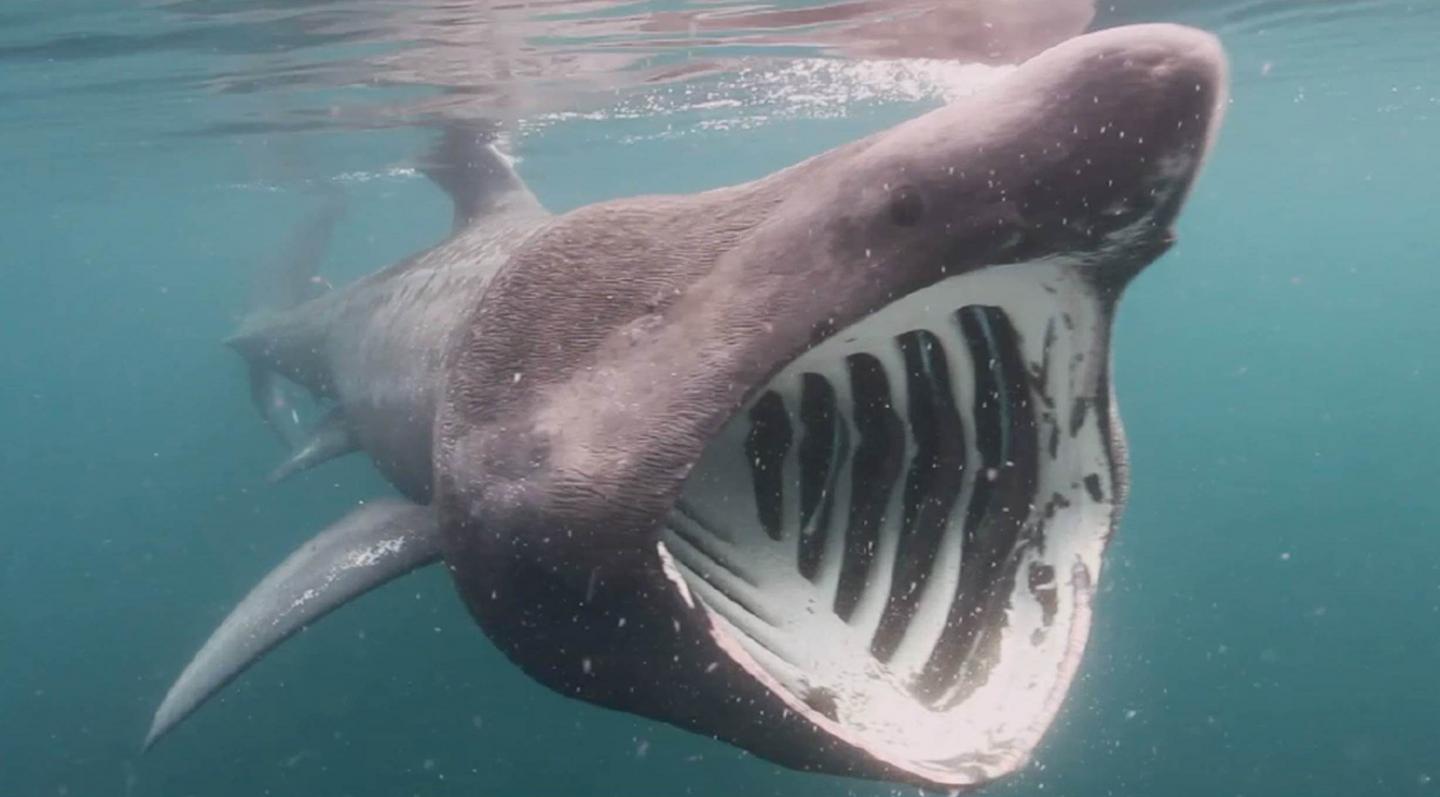 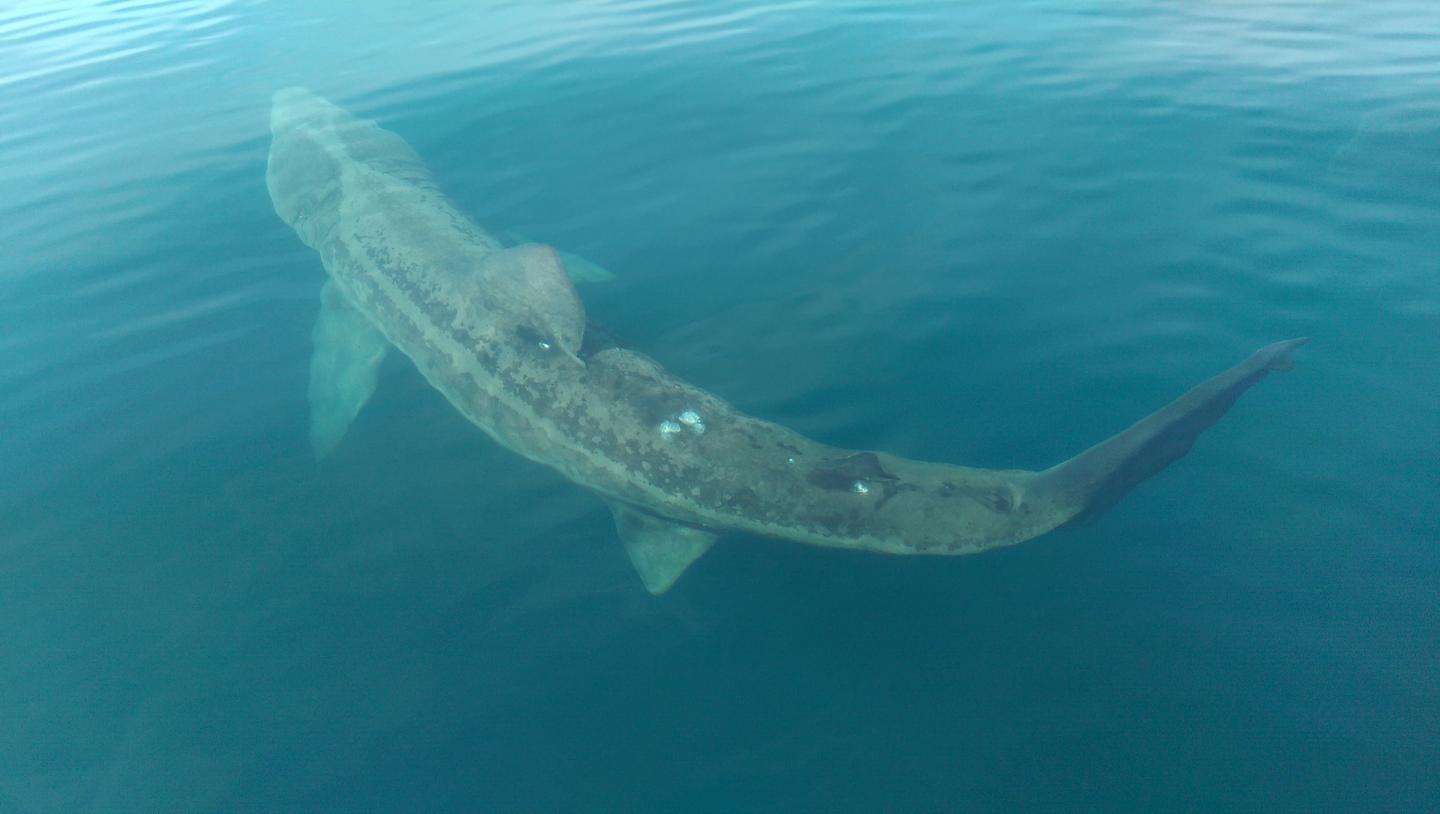 Tracking the world's second-largest shark species has revealed that it moves to different depths depending on the time of year.

Basking sharks spend most of the summer months at the ocean's surface, but dive to deeper depths in winter.

This seasonal variation in behaviour is likely caused by environmental conditions: sharks could be exploring different areas of the ocean to deal with changes in food abundance.

Whilst performing these dives, several of the studied sharks reached depths of over 1000 m, and two were tracked as far as 1500 m below the surface.

Dr Phil Doherty, a postdoctoral researcher at the University of Exeter's Penryn Campus and lead author of the study, said: "We do not know exactly why the sharks are performing these dives. They may be sampling the water column in efforts to detect prey, or attempting to re-orientate themselves for navigation purposes."

Dr Doherty and his colleagues from the University of Exeter teamed up with Scottish Natural Heritage, MarAlliance, Manx Basking Shark Watch and Wave Action to study how the movements and diving behaviour of basking sharks change throughout the year.

The team attached satellite tags to 32 of these gentle giants off the coast of Scotland from a boat and monitored their movements. The tags collected data on depth and temperature, along with ambient light levels, which can be used to estimate the sharks' location each day.

The collected data reveal a seasonal change in diving behaviour, it also showed that basking sharks move to different depths depending on the time of day.

"We found that sharks spent most of the summer near the surface of the water, occupying the top few metres during the day, moving down to depths of 10-25 m at night. But in winter, they did the opposite, spending the majority of time between 50 and 250 m, but more often shallower during the night," said Dr Doherty.

Moving to shallower depths during the day and diving down at night is referred to as "reverse diel vertical migration". All three planktivorous sharks - basking sharks, whale sharks and megamouth sharks - have been shown to display this behaviour.

Scientists believe that it enables them to track their main food source, plankton. Like basking sharks, plankton can remain close to the ocean's surface during the summer and move to deeper depths to over winter.

Dr Doherty and his team hope to use their study as a starting point for further investigations to identify "depth hotspots" of basking shark activity.

Dr Suzanne Henderson, from Scottish Natural Heritage, said: "It's great to see further analysis and publication of the data collected in 2012-2014. Behaviour at depth is the most challenging to obtain and understand and this adds to that knowledge for basking sharks."

This information could be used to reduce the risk of incidental catch of these sharks by commercial fisheries, although we don't know to what extent these sharks are at risk in Scottish waters. It could also help inform conservation measures to better protect sharks and their habitat.

The paper, published in Marine Biology, is entitled: "Seasonal changes in basking shark vertical space use in the north-east Atlantic."