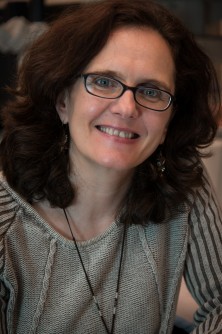 Newswise — INDIANAPOLIS -- Like a line of falling dominos, a cascade of molecular events in the bone marrow produces high levels of inflammation that disrupt normal blood formation and lead to potentially deadly disorders including leukemia, an Indiana University-led research team has reported.

The discovery, published by the journal Cell Stem Cell, points the way to potential new strategies to treat the blood disorders and further illuminates the relationship between inflammation and cancer, said lead investigator Nadia Carlesso, M.D., Ph.D., associate professor of pediatrics at the Indiana University School of Medicine.

Bone marrow includes the cells that produce the body's red and white blood system cells in a process called hematopoiesis. The marrow also provides a support system and "home" for the blood-producing cells called the hematopoietic microenvironment. The new research demonstrates the importance of the hematopoietic microenvironment in the development of a group of potentially deadly diseases called myeloproliferative disorders.

"It has been known for years that there are links between inflammation and cancer, but these studies have been challenged by the lack of genetic models, especially for blood-based malignancies," said Dr. Carlesso, a member of the hematologic malignancy and stem cell biology program within the Wells Center of Pediatric Research at IU.

The researchers focused on what happens when there are abnormally low levels of a molecule called Notch, which plays an important role in the process of blood cell production. Using a genetically modified mouse, they found that the loss of Notch function in the microenvironment causes a chain of molecular events that result in excess production of inflammatory factors.

The molecular cascade leading to inflammation was not occurring directly in the bone marrow cells that produce blood cells, but in cells of the bone marrow microenvironment, especially in endothelial cells that line the capillaries -- tiny blood vessels -- inside the bone marrow. This was a key discovery, Dr. Carlesso said.

"This work indicates that we need to target not only the tumor cells, but also the inflammatory microenvironment that surrounds them and may contribute to their generation," she said.

“We believe that this combined strategy will be more effective in preventing myeloproliferative disease progression and transformation in acute leukemias.”

Dr. Carlesso also noted that the Notch molecule is mostly known as an oncogene -- one that can cause cancer -- and so is often targeted by therapies for other types of cancer. The new research indicates that clinicians need to be aware of the effects that reducing levels of Notch function could have on the blood development process, she said.

Dr. Carlesso also is a member of the Indiana University Melvin and Bren Simon Cancer Center.

A short video of Dr. Carlesso discussing her work is here:http://youtu.be/q5oYaC8xm_g