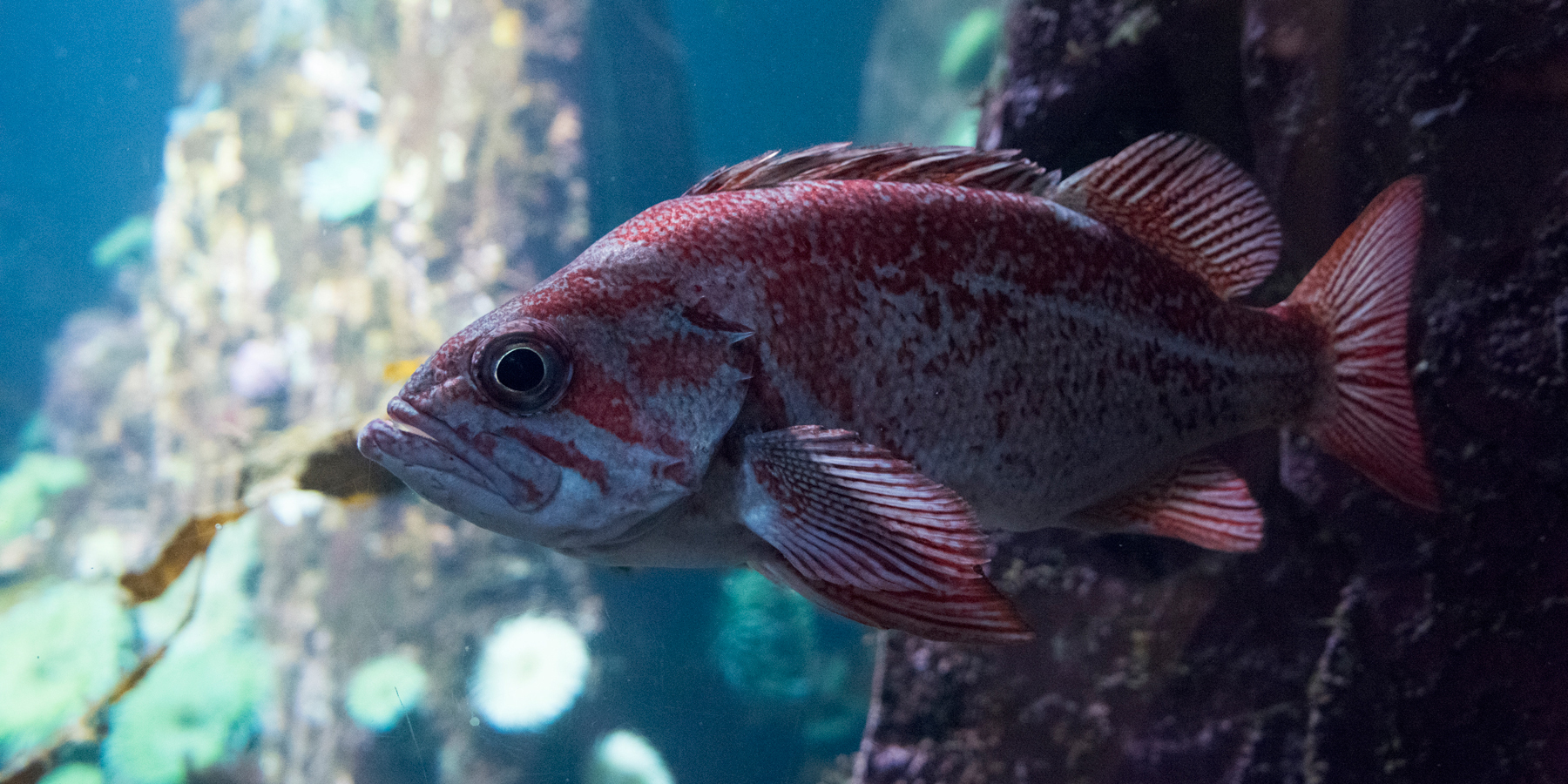 “Changes in the production of fisheries can affect jobs,” says Dr. Cheryl Logan, associate professor at CSU Monterey Bay. “These issues related to climate change can also have an effect on food security.” 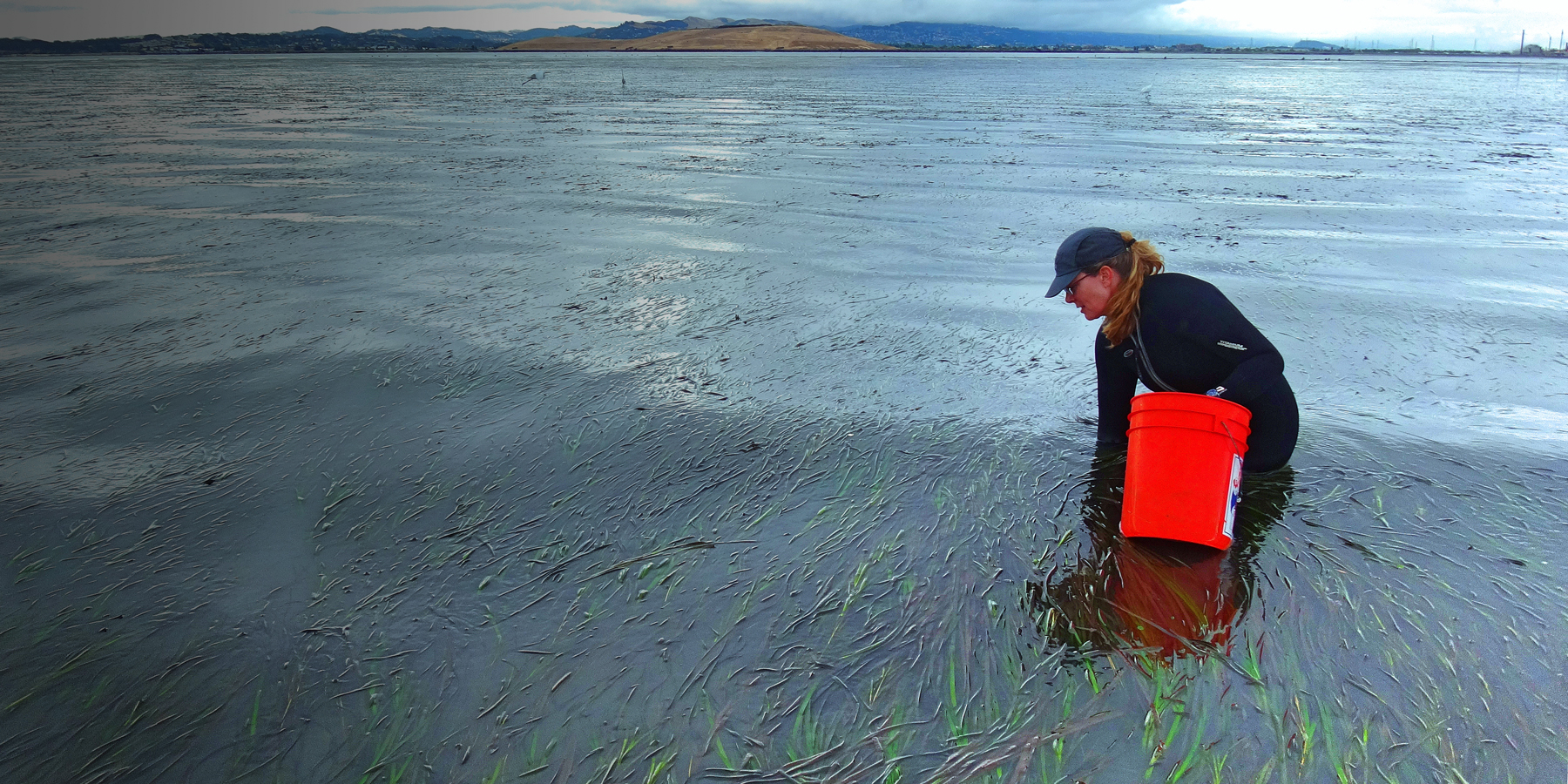 If you want to understand what happens when seawater becomes more acidic, ask an oyster farmer.

Newswise — Specifically, talk to one in the Pacific Northwest. Researchers still aren't sure how ocean acidification (OA) affects ocean water exactly, but oyster larvae in Washington State are already dying by the billions. Over the next 50 years, OA is predicted to reduce U.S. shellfish harvests by 25 percent.

Our northern neighbors are likely a harbinger of what's to come for California.

Due to wind-driven "upwelling" along California's coast—in which deeper water rich in carbon dioxide (CO2) is brought to the surface, which increases the rate of acidification—our oceans may be in danger of becoming acidified well before those in other parts of the world.

“Ocean acidification is a complex process that alters the fundamental chemistry of the ocean, yet it's largely invisible,” says Dr. Krista Kamer, director of the CSU's Council on Ocean Affairs, Science & Technology (COAST).

“But it's one of the most daunting climate-change-related challenges we face because of its potential impact to all marine life and the billions of humans who rely on the ocean for their livelihood and sustenance.”

You may already know that carbon dioxide levels in our atmosphere are continuing to rise as a result of human behavior. Two of the biggest offenders: burning fossil fuels for electricity in our homes and to run most vehicles; and deforestation caused by urbanization, harvesting of palm oil, using timber to build homes, and creating space for cattle ranching.

What you may not realize is that about 30 percent of that CO2 is absorbed by the ocean.

"Without the oceans as sort of a 'carbon sink,' we'd have far more CO2 [in the atmosphere] than we do today," says Cheryl Logan, Ph.D., associate professor in the School of Natural Sciences at CSU Monterey Bay and graduate student advisor at Moss Landing Marine Laboratories (MLML).

But the ocean's absorption of carbon dioxide has a dark side: It's not good for marine life. Once in seawater, CO2 undergoes a chemical reaction in which hydrogen ions increase, decreasing pH and causing the water to become acidic.

As seawater becomes more acidic, there's a decrease in carbonate ions, so organisms that use calcium carbonate to build their "homes"—think corals, oysters and scallops—have a harder time creating and maintaining their shells and skeletons. As a result, they have less energy for growth and reproduction. Fish also feel the effects of a lower pH level and have to work hard to excrete excess acid from their bodies. This extra energy spent makes it more difficult for fish to find food and avoid predators.

The Golden State's ocean-based economy, which includes everything from tourism and recreation to commercial fishing and boat repair, is valued at around $45 billion annually. Residents are already starting to feel some of the damaging effects of acidification in their wallets, even if they're not aware of it.

"California is putting a lot of tax dollars into research programs to better understand the effects ocean acidification is currently having and what they might be in the future," Dr. Logan notes.

"My work here at CSUMB, and in collaboration with faculty at Moss Landing, has been showing how ocean acidification can lead to a variety of sensory, behavioral and metabolic problems in rockfish [commonly known as red snapper], which are economically and ecologically important to California," Logan explains.

"California oceans have already experienced a drop of 0.1 units in pH; an additional decrease of between 0.1 and 0.4 units is expected by the end of the century. That may not sound like much, but the increase in acidity is 100 times faster than what marine organisms have experienced in the past few million years, putting many species at risk of extinction."

“Changes in the production of fisheries can affect jobs,” says Dr. Cheryl Logan, associate professor at CSU Monterey Bay. “These issues related to climate change can also have an effect on food security.”

One of the early leaders in the field of OA research was Victoria Fabry, Ph.D., professor of biological sciences at CSU San Marcos, who studies how sensitive calcareous organisms and marine ecosystems are to elevated carbon dioxide and acidification. The CSU now has more than 20 faculty studying the impact of OA in a variety of contexts.

Recently, Logan and Scott Hamilton, Ph.D., head of the Ichthyology Lab at MLML and CSUN​ assistant professor of marine biology Kerry Nickols, Ph.D., helped create an infographic funded by the state's Ocean Protection Council (OPC) that looks at the effects of OA on seagrasses, kelp, invertebrates and fish in California. The graphic helps state resource managers and decision-makers understand the need for immediate action on acidification.

Other CSU faculty members are researching whether aquatic vegetation can serve as a refuge for organisms who are overwhelmed by OA; vegetation may also be a way to sequester more carbon.

“Like other aquatic plants, it has the potential to counter acidification of water. In doing so, animals that form shells could benefit, including native oysters.” Photo courtesy of Stephanie Kiriakopolos

Dr. Boyer is utilizing a grant from the OPC to investigate the use of eelgrass as a tool in climate change adaption. "We are asking whether eelgrass restoration can be used to actively increase stores of carbon in the plants and in the sediments, so-called 'blue carbon' because it is in the marine environment." More carbon stored in plants and sediments equals less in the air to drive up temperatures.

Scott Hamilton, Ph.D., associate professor of ichthyology at MLML (shown at left), and master's student Hannah Bruzzio look at juvenile red abalone that are being used in aquaculture studies. “We have developed a new integrated multitrophic [species from different levels of the food chain] aquaculture system to farm shellfish and seaweeds, funded by a California Sea Grant,” Dr. Hamilton explains. “The co-culture design was developed to test whether growing abalones and seaweeds together will mitigate the effects of ocean acidification compared to growing them alone.”

Bruzzio feeds a juvenile olive rockfish. "These fish are used to test the effects of ocean acidification and hypoxia on behavior, physiology and patterns of gene expression," Hamilton says.

"It's hypothesized that as the seaweeds grow and photosynthesize, they take CO2 out of the water and raise the pH of the water," Hamilton says, "making it less acidic and better for shellfish species like abalone to grow and make their calcified shell, especially during the early nursery phase.”

These tanks are used in MLML's integrated multitrophic aquaculture experiment. "The nearest tank holds the red seaweed dulse (Palmaria mollis) that we farm on site, while the covered tanks hold juvenile abalone," Hamilton explains. "The seaweed tanks and the abalone tanks are connected and share flow, such that the seaweeds uptake CO2 for photosynthesis, thereby raising pH and reducing acidity of the water, while the abalone excrete nutrients from their waste products to fertilize the seaweed."

We've all been urged to reduce our carbon footprint, but what does that mean for ocean acidification? The answer is easier than you might think. "There's a direct link between ocean acidification and greenhouse gas emissions (GHG)," says CSU Monterey Bay's Cheryl Logan. "Everyone can help reduce GHG in their own way, whether by walking, riding a bike or taking the bus instead of driving. Get involved in changing policy to reduce GHG at the local, state or national level. Try to reduce your family's electricity and gas consumption, limit air travel and even change your diet to eat foods whose production doesn't lead to greenhouse emissions."

Are the foods you eat a burden on the environment? Step on the climate change food calculator to find out.

Caption: “Changes in the production of fisheries can affect jobs,” says Dr. Cheryl Logan, associate professor at CSU Monterey Bay. “These issues related to climate change can also have an effect on food security.”