New University of Colorado Boulder study seeks to find out 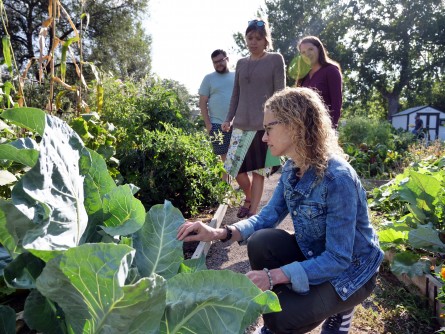 Jill LItt, a public health researcher at the University of Colorado Boulder tends to a community garden. 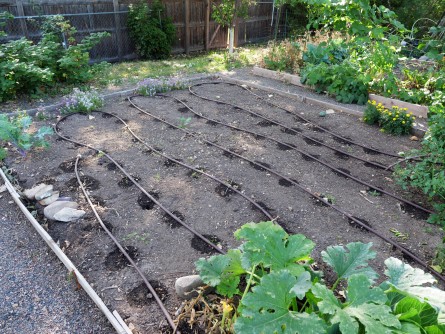 A community garden plot in Denver.

Ask someone who gardens what they love most about it, and, research has shown, the answer is almost always the same.

Newswise — “No matter where you go in the world, no matter what language they speak, people say there’s just something about it that makes them feel better,” says Jill Litt, a public health researcher and professor of environmental studies at the University of Colorado Boulder.

To find out precisely why that is, Litt this spring launched one of the first-ever randomized controlled trials to explore the measurable health benefits of community gardening.

The three-year trial, funded with a $950,000 American Cancer Society Research Scholars grant, will include 312 participants over the course of three years.

Each season, half will be randomly assigned to join a community garden for the first time through the nonprofit Denver Urban Gardens, while half will remain on a wait list until the following year. Both groups will be screened before planting time, harvest time, and the following spring to determine their body mass index (BMI), consumption of fruits and vegetables, physical activity levels (as measured by accelerometers they wear on their thigh), levels of stress and anxiety, and other health measures.

“We know from previous research that gardeners have significantly higher ratings of self-rated mental and physical health, but we want to know why that is. What is the mechanism?” says Litt, who has been studying gardening for more than a decade.

Her previous observational studies have offered hints: One survey found community gardeners consume 5.7 servings of fruits and vegetables per day on average, compared to 3.9 for non-gardeners. Others show gardeners have a lower body mass index (24.2 versus 27.2) than non-gardeners, get about two more hours per week of exercise and are less sedentary. When asked how many days they spent in poor mental or physical health in the last month, gardeners on average say 2.6 days while nationwide the average hovers around 6.2 days.

Community gardeners also tend to report a greater appreciation of the aesthetic beauty of their neighborhood than neighbors who don’t garden.

“If you grow your own fruits and vegetables, you eat them because they are fresh and that in itself can be healthy,” says Litt, noting that increased produce consumption has been linked to cancer prevention. “But there is a lot more going on here.”

She notes that the second most common response she gets when she asks why people garden is that they “love getting their hands dirty.” Some animal research conducted at CU Boulder suggests exposure to healthy microorganisms present in soil can alter an individual’s gut bacteria, or microbiome, dampening down inflammation and curbing stress. Could that be one reason gardeners report better mental health?

Litt, in collaboration with microbiome researcher Rob Knight, of University of California San Diego, has begun to explore that question too. In a recent, separate pilot trial, they collected stool and saliva samples from a small group of gardeners and non-gardeners to see if their resident bacteria were different. (Results are pending.)

In future phases of the Denver trial, Litt hopes to collect blood and stool samples to explore changes in blood lipids, inflammatory markers and gut microbes that may occur as a result of gardening.

Published results won’t be available for a few years.

But Angel Villalobos, program coordinator for the Denver study, says, anecdotally, he sees changes every day in new community gardeners. They’re planning healthy meals around what they’ve grown, making friends with their neighbors as they ask them for gardening advice, and coming to view weeding and watering as therapeutic.

“They see gardening as a time to escape the hectic world,” he says.

Ultimately, Litt hopes the information gained through the trial can convince policy makers with limited funds that community gardens are public health interventions worth investing in.

“Some people don’t realize it,” she says, “but gardening has everything to do with public health.”