Results from the HOPE Duchenne randomized clinical trial of 25 patients were presented today at the American Heart Association Scientific Sessions in Anaheim. The cardiac progenitor cells administered to the patients were contained in CAP-1002, the lead investigational therapy under development at Capricor Therapeutics, Inc. (NASDAQ: CAPR).

“This is the first trial to test cell therapy to treat heart disease in patients with Duchenne muscular dystrophy,” said Ronald G. Victor, MD, associate director of the Cedars-Sinai Heart Institute and one of the clinical trial’s primary investigators. “These early results show that further research is warranted and, in fact, is being planned.”

Affecting 1 in 3,600 boys, Duchenne muscular dystrophy is a neuromuscular disease caused by an absence of a key muscle protein called dystrophin, which leads to progressive muscle degeneration. Most Duchenne patients lose their ability to walk between ages 12 and 15. Average life expectancy is about 25 years.

In the study, 25 patients ages 12 to 22 were treated at the Cedars-Sinai Heart Institute, University of Florida Health or Cincinnati Children’s. Twelve patients were randomly assigned to receive standard care consisting of prescription medications. The remaining 13 patients received the standard medications and also underwent a minimally invasive procedure during which a catheter was threaded up into each patient’s three main coronary arteries before releasing 75 million CDCs grown from donor hearts.

“We are now planning our Phase II trial, which will be a bit different,” Victor said. “Instead of a one-time infusion during a cath lab procedure, the patients will receive the CDCs in an intravenous drip, and will receive multiple treatments spaced over several months.”

Disclosure: The cardiac derived cells (CDCs) used in the Phase I/II HOPE trial were derived from donor hearts and provided by Capricor Therapeutics. Marbán developed the process to grow CDCs when he was on the faculty of Johns Hopkins University; the process was further developed at Cedars-Sinai. Capricor has licensed the process from Johns Hopkins and from Cedars-Sinai for clinical and commercial development. Capricor has licensed additional intellectual property from Cedars-Sinai and the University of Rome. Cedars-Sinai and Marbán have financial interests in Capricor. Victor has been a consultant to the company but was not paid by the company for his work on this study.

The Duchenne muscular dystrophy study was funded in part by a grant from the California Institute for Regenerative Medicine to Capricor. Coalition Duchenne, CureDuchenne and Parent Project Muscular Dystrophy also provided support or guidance.

About the Cedars-Sinai Heart Institute

The Cedars-Sinai Heart Institute is internationally recognized for outstanding heart care built on decades of innovation and leading edge research. From cardiac imaging and advanced diagnostics to surgical repair of complex heart problems to the training of the heart specialists of tomorrow and research that is deepening medical knowledge and practice, the Cedars-Sinai Heart Institute is known around the world for excellence and innovations. 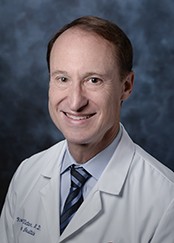 Caption: “This is the first trial to test cell therapy to treat heart disease in patients with Duchenne muscular dystrophy,” said Ronald G. Victor, MD, associate director of the Cedars-Sinai Heart Institute and one of the clinical trial’s primary investigators. “These early results show that further research is warranted and, in fact, is being planned.” 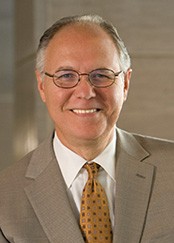