Findings Published in the May Journal of Alzheimer’s Disease 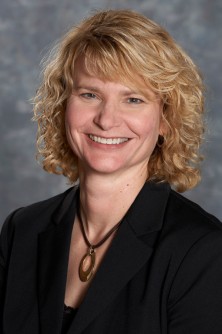 Susan Farr, Ph.D., is a research professor of geriatrics at Saint Louis University.

Newswise — ST. LOUIS -- A molecular compound developed by Saint Louis University scientists restored learning, memory and appropriate behavior in a mouse model of Alzheimer’s disease, according to findings in the May issue of the Journal of Alzheimer’s Disease. The molecule also reduced inflammation in the part of the brain responsible for learning and memory.

The paper, authored by a team of scientists led by Susan Farr, Ph.D., research professor of geriatrics at Saint Louis University, is the second mouse study that supports the potential therapeutic value of an antisense compound in treating Alzheimer’s disease in humans. “It reversed learning and memory deficits and brain inflammation in mice that are genetically engineered to model Alzheimer’s disease,” Farr said. “Our current findings suggest that the compound, which is called antisense oligonucleotide (OL-1), is a potential treatment for Alzheimer’s disease.”

Farr cautioned that the experiment was conducted in a mouse model. Like any drug, before an antisense compound could be tested in human clinical trials, toxicity tests need to be completed.

Antisense is a strand of molecules that bind to messenger RNA, launching a cascade of cellular events that turns off a certain gene.

Scientists tested OL-1 in a type of mouse that overexpresses a mutant form of the human amyloid beta precursor gene. Previously they had tested the substance in a mouse model that has a natural mutation causing it to overproduce mouse amyloid beta. Like people who have Alzheimer’s disease, both types of mice have age-related impairments in learning and memory, elevated levels of amyloid beta protein that stay in the brain and increased inflammation and oxidative damage to the hippocampus – the part of the brain responsible for learning and memory.

The mice were given a series of tests designed to measure memory, learning and appropriate behavior, such as going through a maze, exploring an unfamiliar location and recognizing an object.

They also tested the effect of administering the drug through the central nervous system, so it crossed the blood brain barrier to enter the brain directly, and of giving it through a vein in the tail, so it circulated through the bloodstream in the body. They found where the drug was injected had little effect on learning and memory.