Creating a Compelling Character to Aid Latinas with Depression and Anxiety

"She just felt so real" 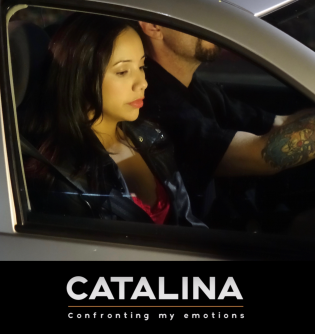 Newswise — For years, MarySue Heilemann, an associate professor at the UCLA School of Nursing, has worked with Latinas dealing with depression and anxiety, looking for ways to connect them to effective treatment.

Then, she met media scholar Henry Jenkins at a UCLA/USC symposium. His groundbreaking insight into digital storytelling in the 21st century showed her that an audience can take an active role in a story when it unfolds across multiple platforms and formats, including television shows, blogs and videos accessible on smartphones, laptops and other devices. This phenomenon is known as “transmedia storytelling.”

Imagining how a compelling story could ignite interest in a topic that is often considered taboo, Heilemann set out to create such a project to attract English-speaking Latinas with elevated symptoms of depression and anxiety. The idea was to make the story accessible via a smartphone or computer because it would be convenient and private. The goals were to create easy ways for women to engage in educational and therapeutic features to enhance their awareness that help for their symptoms exists; to boost their confidence that they could seek help for themselves; and to encourage them to connect with a hotline, clinic or other resources.

While Heilemann’s idea was taking shape, she met the producers of the Emmy-nominated Hulu original drama series “East Los High,” who encouraged her to pursue her goal. Their use of bonus videos to extend the story inspired Heilemann even more.

Heilemann realized that for the project to be successful, the main character in the story would need to be dynamic, engaging and relatable to the target group. She worked with a talented creative team that included a Latino scriptwriter and filmmaker, therapists and Latinas who served as consultants to create and test “Catalina: Confronting My Emotions.” More about the study was published on UCLA Newsroom last year.

Now, the researchers wanted to know what exactly made the main character Catalina so relatable to the participants. Through qualitative research, Heilemann’s team took a closer look by examining Latinas’ perceptions of Catalina. Results of the study were published this month in the Journal of Medical Internet Research.

“Our goal was to understand what Latinas valued about Catalina to deepen our understanding of how to create characters that are socially and culturally appropriate, as well as entertaining,” Heilemann said.

The story of Catalina is told through events in her everyday life — in her own home, her neighborhood, a social situation with friends, and finally, leaving the counseling center where she ultimately received help.

A great deal of work went into developing the character. First, drawing from insight gleaned from multiple previous studies, Heilemann selected an array of various attributes and worries that Latinas identified as important. Then, she proposed a composite sketch of Catalina that included her backstory, life circumstances, motives and goals. Along with a basic storyline, this material was given to a Latino scriptwriter, who put words and scenes together to develop the script. Two Latina therapists, in addition to two more who also had significant experience with Latina patients, critiqued the script. After production, feedback from theater testing with Latinas led to the final edit.

All of the subjects watched each video and participated in the interactive features. To find out why participation was so high, the researchers interviewed the women one by one. They found that the Latinas embraced Catalina as a real person with a past, present and future. Her emotional vulnerability resonated with them (“that’s how I feel right now”). They recognized shared experiences (“I’m not the only one going through this”). They related to Catalina’s “handle-it-and-keep-going” attitude even if they felt a lack of support themselves. Through Catalina, they imagined how they could take action (“it pushed me to not wait”).

“We believe that transmedia can be a tool to bring useful knowledge through an interactive story-based experience that ultimately increases healthy choices. But it’s more than just making a video and sharing it on social. It has to resonate with the audience,” Heilemann added.

“Transmedia storytelling for health is a growing discipline,” Heilemann said. “By understanding the appeal of our main character, we hope to offer strategies to help other researchers create effective interventions featuring characters that audiences find relatable, enjoyable, inspiring and compelling.”

Other UCLA researchers involved in the study are Adrienne Martinez and Patricia Soderlund.