Depression in Kids Linked to Cardiac Risks in Teens

CARDIOLOGISTS AND MENTAL HEALTH PROFESSIONALS KNOW THAT THERE’S A LINK BETWEEN DEPRESSION AND HEART DISEASE. DEPRESSED ADULTS ARE MORE LIKELY TO HAVE HEART ATTACKS, AND IF THEY DO HAVE A HEART ATTACK, TO DIE FROM IT. BUT NOW RESEARCHERS AT WASHINGTON UNIVERSITY SCHOOL OF MEDICINE IN ST. LOUIS AND AT THE UNIVERSITY OF PITTSBURGH HAVE FOUND THAT CARDIAC RISK FACTORS CAN APPEAR VERY EARLY IN THE LIVES OF PEOPLE WHO HAVE BEEN DEPRESSED. JIM DRYDEN REPORTS… 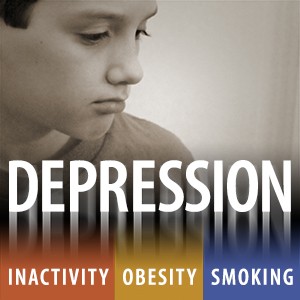 Teens who were depressed as children were more likely to smoke cigarettes and to be obese, as well as to exercise less. 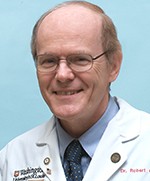 Newswise — Teens who were depressed as children are far more likely than their peers to be obese, smoke cigarettes and lead sedentary lives, even if they no longer suffer from depression.

The research, by scientists at Washington University School of Medicine in St. Louis and the University of Pittsburgh, suggests that depression, even in children, can increase the risk of heart problems later in life.

The researchers report their findings March 15 at the annual meeting of the American Psychosomatic Society in Miami, Fla.

“Part of the reason this is so worrisome is that a number of recent studies have shown that when adolescents have these cardiac risk factors, they’re much more likely to develop heart disease as adults and even to have a shorter lifespan,” says first author Robert M. Carney, PhD, a professor of psychiatry at Washington University. “Active smokers as adolescents are twice as likely to die by the age of 55 than nonsmokers, and we see similar risks with obesity, so finding this link between childhood depression and these risk factors suggests that we need to very closely monitor young people who have been depressed.”

Researchers have known for years that adults with depression are likely to have heart attacks and other cardiac problems, but it hasn’t been clear when risk factors for heart disease such as smoking, obesity and sedentary lifestyle join forces with depression to increase the risk for heart problems.

“We know that depression in adults is associated with heart disease and a higher risk of dying from a heart attack or having serious complications,” Carney says. “What we didn’t know is at what stage of life we would begin to see evidence of this association between depression and these cardiac risk factors.”

The researchers studied children who had participated in a 2004 study of the genetics of depression. At the time, their average age was 9. The investigators surveyed 201 children with a history of clinical depression, along with 195 of their siblings who never had been depressed. They also gathered information from 161 unrelated age- and gender-matched children with no history of depression.

In 2011, when the study participants had reached the age of 16, the researchers surveyed them again, looking at rates of smoking, obesity and physical activity in all three groups of adolescents.

“Of the kids who were depressed at age 9, 22 percent were obese at age 16,” Carney says. “Only 17 percent of their siblings were obese, and the obesity rate was 11 percent in the unrelated children who never had been depressed.”

Carney and his colleagues found similar patterns when they looked at smoking and physical activity.

“A third of those who were depressed as children had become daily smokers, compared to 13 percent of their nondepressed siblings and only 2.5 percent of the control group,” he says.

In terms of physical activity, the teens who had been depressed were the most sedentary. Their siblings were a bit more active, and members of the control group were the most active.

When the researchers took a closer look and used statistical methods to eliminate other factors that potentially could have influenced smoking or obesity rates in the depressed children, Carney’s team found that the effects of depression grew even more pronounced.

And the heart disease risk factors were more common in formerly depressed children whether or not they still were clinically depressed at the time of the second survey. In fact, Carney says, for most of the adolescents, depression was in remission by the time the second survey was conducted in 2011, with only 15 percent of them reporting depression.

The results suggest that any history of depression in childhood appears to influence the presence of cardiac risk factors during adolescence, according to Carney.

“Depression seems to come first,” he says. “It’s playing an important, if not a causal, role. There may be some related genetic influences that give rise to both depression and to heart disease, or at least to these types of cardiac risk behaviors, but more study will be required before we can draw any firm conclusions about that.”