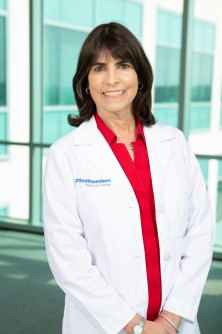 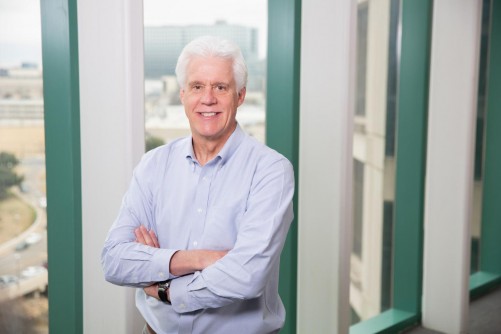 Newswise — DALLAS – Dec. 21, 2020 – A UT Southwestern research team has catalogued gene activity in the skeletal muscle of mice, comparing healthy animals to those carrying a genetic mutation that causes Duchenne muscular dystrophy (DMD) in humans. The findings, published online recently in PNAS, could lead to new treatments for this devastating degenerative disease and insights into factors that affect muscle development.

Understanding the activity of genes can shed light on pathologies that affect different tissues in the body. However, says Rhonda Bassel-Duby, Ph.D., a professor of molecular biology at UTSW, studying skeletal muscle has been a challenge because of a key difference from other tissue types; rather than containing a single nucleus that controls the activity of the genes, a skeletal muscle fiber can contain hundreds of nuclei. And it was unknown which genes were activated in all these nuclei, making it unclear how gene expression differs between healthy skeletal muscle tissue and tissue affected by DMD.

To answer these questions, Eric Olson, Ph.D., chairman and professor of molecular biology at UTSW, Bassel-Duby, and their colleagues isolated tissue from the tibialis anterior, a muscle in mice similar to one in humans that runs down the shin. They took these samples from both healthy animals and from a mouse model of DMD that they generated using gene-editing technology to introduce a mutation that commonly causes DMD in people. The researchers then isolated muscle tissue from both sets of animals, In muscle fibers from both groups, the scientists identified 14 types of nuclei based on similar gene profiles. These nuclei appear to perform different jobs based on their predominant gene activity, such as maintaining mature muscle, liaising with neurons or tendons, or regenerating new muscle fibers. The researchers also identified nuclei of other types of cells, such as smooth muscle cells, endothelial cells, cells that produce fat or connective tissue, and immune cells known as macrophages.

When the researchers compared populations of these 14 different nuclei between the healthy and DMD mice, they found marked differences. For example, compared with the healthy animals, those with DMD had significantly fewer mature muscle nuclei. Instead, they had significantly more macrophages, reflecting the inflammation present in DMD muscles, as well as a category of regenerative cells not present in healthy tissue at all. Nuclei involved in interfacing with nerve cells and tendons had the most differences in gene expression between the two groups, suggesting that they’re the most affected by DMD of all the nuclei types.

In addition, almost all the muscle nuclei isolated from the DMD animals had increased gene activity in the ubiquitin pathway, which tags proteins for degradation, as well as higher activation of genes that function in apoptosis, or cell death – reflecting the degradation of muscle that characterizes DMD.

Bassel-Duby notes that the study has a couple of key limitations: For example, the technology used did not reveal where the muscle nuclei were located within the muscle tissue, which could lend valuable clues on how nuclei might communicate with each other and affect gene activity. It’s also still unknown if mending the genetic mutation that causes DMD might return gene activation to normal. She and her colleagues plan to investigate both these questions in future studies.

By developing a better understanding of how muscle fibers operate in both healthy and diseased tissue, she adds, researchers could eventually learn to manipulate gene activity to optimum levels. As a more immediate goal, identifying differences present in DMD patients could lead to new targets for treatment.

“Identifying specific gene activities in these nuclei could give us new ideas for treatments that have been previously overlooked,” Bassel-Duby says. “Ultimately, we could eventually find ways to prevent these patients’ muscles from degenerating and improve their quality of life.”

“Our study provides new insights into the molecular underpinnings of Duchenne muscular dystrophy at an unprecedented level of resolution and highlights a collection of genes and signaling pathways with central roles in this disease,” adds Olson. “This work opens the door to new approaches for ameliorating the severe pathological consequences of this disease through either pharmacological or genetic interventions.”

Other UTSW researchers who contributed to this study include Francesco Chemello, Zhaoning Wang, Hui Li, John R. McAnally, and Ning Liu. Olson, also director of the Hamon Center for Regenerative Science and Medicine and co-director of the Senator Paul D. Wellstone Muscular Dystrophy Cooperative Research Center, holds the Pogue Distinguished Chair in Research on Cardiac Birth Defects, The Robert A. Welch Distinguished Chair in Science, and the Annie and Willie Nelson Professorship in Stem Cell Research.