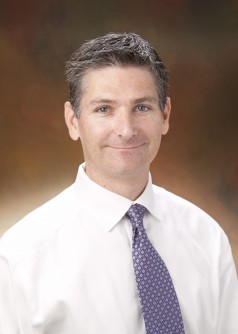 Newswise — Philadelphia, May 23, 2017-- Children’s Hospital of Philadelphia (CHOP) is proud to announce that Joseph Rossano, M.D., has been named Chief of the Division of Cardiology, effective this week.

Dr. Rossano is an Associate Professor of Pediatrics at CHOP and the Perelman School of Medicine at the University of Pennsylvania. His other posts at CHOP have included Associate Chief of the Division of Cardiology, Executive Director of the Cardiac Center, and Medical Director of the Heart Transplantation Program and the Cardiomyopathy and Heart Failure Program. In addition, he is a Core Faculty Member of the CHOP Center for Pediatric Clinical Effectiveness and a Senior Fellow of the Leonard Davis Institute of Health Care Economics at Penn.

Dr. Rossano completed his residency in pediatrics at the University of Washington/Seattle Children's Hospital and fellowships in cardiology, heart failure, and cardiac intensive care at Baylor College of Medicine/Texas Children's Hospital. Following his training, he was a member of the faculty at Baylor College of Medicine for several years before joining CHOP and Penn in 2011.

“Dr. Rossano has an impressive record of scholarship in heart failure and cardiac transplantation, including a number of important publications in the medical literature that have advanced the field and led to changes in care,” said Joseph St. Geme, M.D., physician-in-chief at CHOP. “Given his leadership abilities and his talents as a clinician, an educator, and an investigator, he is poised to lead the Division of Cardiology to even greater excellence in the years ahead.”