2-Jun-2015 10:05 AM EDT, by University of Arkansas, Fayetteville
favorite_border 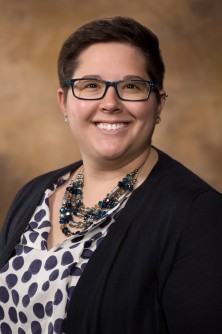 Newswise — FAYETTEVILLE, Ark. – New research at the University of Arkansas suggests that methanogens – among the simplest and oldest organisms on Earth – could survive on Mars.

Methanogens, microorganisms in the domain Archaea, use hydrogen as their energy source and carbon dioxide as their carbon source, to metabolize and produce methane, also known as natural gas. Methanogens live in swamps and marshes, but can also be found in the gut of cattle, termites and other herbivores as well as in dead and decaying matter.

Methanogens are anaerobic, so they don’t require oxygen. They don’t require organic nutrients, either, and are non-photosynthetic, indicating they could exist in sub-surface environments and therefore are ideal candidates for life on Mars.

Rebecca Mickol, a doctoral student in space and planetary sciences, found that in the laboratory, four species of methanogens survived low-pressure conditions that simulated a subsurface liquid aquifer on Mars.

“These organisms are ideal candidates for life on Mars,” Mickol said. “All methanogen species displayed survival after exposure to low pressure, indicated by methane production in both original and transfer cultures following each experiment. This work represents a stepping-stone toward determining if methanogens can exist on Mars.”

Mickol, who has previously found that two species of methanogens survived Martian freeze-thaw cycles, conducted both studies with Timothy Kral, professor of biological sciences in the Arkansas Center for Space and Planetary Sciences and lead scientist on the project. She is presenting her work at the 2015 General Meeting of the American Society for Microbiology, being held May 30-June 2 in New Orleans.

Kral has been studying methanogens and examining their ability to survive on Mars since the 1990s. In 2012, he received a three-year, nearly $392,000 grant from the NASA Exobiology Program to study methanogens.