Fad Diets or Lifestyle Changes — Where Do Three Popular Weight-Reduction Plans Fit In? 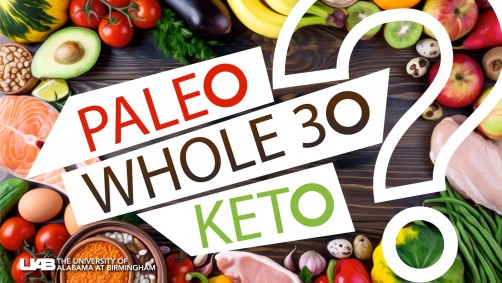 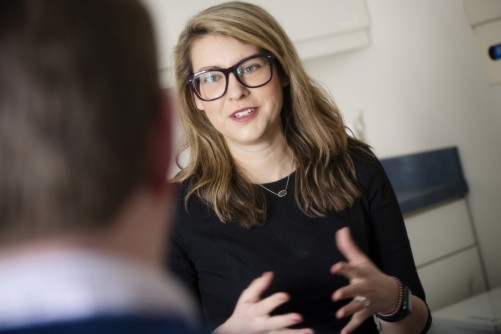 Newswise — fBIRMINGHAM, Ala. — More than 35 percent of American adults are considered obese, according to data from the Centers for Disease Control and Prevention. With so much emphasis put on weight and healthy living, many people turn to “quick-fix” or fad diets that promise rapid weight loss and a new waistline in a short amount of time.

UAB Department of Nutrition Sciences Assistant Professor Amy Goss, Ph.D., says some of the current popular mainstream diets shouldn’t be considered fads at all. Instead, she says they are more of a lifestyle change that can lead to much healthier living.

Established in 2009, the Whole30® program is thought of as a nutrition reset, according to the official program website. It is designed to help participants put an end to unhealthy cravings and habits, restore a healthy metabolism, heal the digestive tract and balance the immune system.

In a Whole30 diet, vegetables, fruits — and in moderation, unprocessed meats, seafood, eggs, certain oils and even coffee — are allowed, although adding milk or sugar is discouraged. Prohibited foods include dairy, grains, alcohol, legumes, added sugar, MSG and “junk” food.

“Whole30 can introduce new vegetables to people that they may not be familiar with, and learning how to prepare these new foods in different ways is one major plus with Whole30,” said UAB wellness specialist Riley Thornton, RDN. “It’s important to practice variety, moderation and balance in any diet.”

Goss sees only a few drawbacks to Whole30.

“There’s likely no downside to trying Whole30 because you’re eating whole foods and eliminating alcohol, added sugars, processed carbohydrates and fats,” Goss said. “I wouldn’t discourage anyone from trying Whole30, but the primary connotation of ‘Whole30’ is that this diet is a temporary solution and lacks a strong scientific basis for eliminating some food groups.  Diets like this can also be expensive.”

“The paleo diet focuses more on primitive eating,” Thornton said. “It is very restrictive, and you may be missing out on a lot of your key food groups.”

Before diving into a ketogenic diet, Goss and Thornton recommend knowing about ketosis and what it does to the human body. Ketosis is a metabolic state in which fat becomes the body’s primary fuel source instead of the usual glucose, which is derived from carbohydrates. Typically, eating carbs triggers the release of the hormone insulin, which helps cells use glucose for energy.

A ketogenic diet is high in fat and low in carbohydrates, limiting them to 20-50 grams per day from foods like vegetables, which Thornton says is a low intake. When someone follows this method of eating, glucose levels remain steady, meaning there isn’t a surge of insulin. Conversely, the dietary or body fat is broken down into ketones — organic compounds.

“The brain loves ketones because they are a good source of fuel,” Goss said. “Your muscles can metabolize the ketones, and your body can’t store them as fat – the biochemical pathway that leads to the production of ketones from the metabolism of fat is irreversible. Energy from ketones can’t be stored, so ketones are either used by tissues or excreted in the urine and breath.  Many patients report feelings of high energy, and it’s possible they are compelled to be more active.”

Goss says another health benefit from the ketogenic diet is that there is evidence that people suffering from Type 2 diabetes can wean off medication with a doctor’s supervision because the diet is low-carb.

However, Goss says there may be metabolic health benefits from the ketogenic diet for the average person, adding that it suppresses the appetite andthere is evidence to suggest that it prevents a steep drop in metabolic rates.

“Typically, there are physiological and metabolic adaptations that occur with weight loss during calorically restrictive diets — including loss of lean, metabolically active tissues such as muscle and organ mass, resting metabolic rate declines,” Goss said. “Even during exercise there is an increase in muscle efficiency, meaning that, with the same amount of work, fewer calories are burned compared to a non-overweight person of the same body size. These adaptions all work to defend a person’s higher body weight and lower chances of maintaining the weight loss long term.”

Overall, Goss and Thornton recommend that any diet that has someone eating whole foods with balance and variety is a good diet; however, they caution people looking for that “quick fix.”

“These three diets aren’t like the grapefruit diet in that they eliminate so many food groups, so it’s important to be wary of diets that do require those strict guidelines.” Goss said. “While the ketogenic, Whole30 and paleo diets aren’t convenience diets — and they can cause challenges for eating out and cause a strain on your wallet — they are providing whole food solutions rather than eating processed and junk food.”