Fall, Winter Rains Will Bring Great Wildflower Displays in Much of Texas 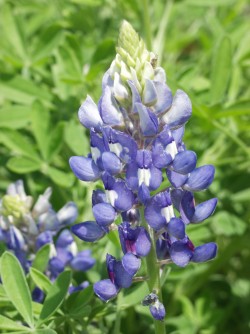 Texas bluebonnet, the state flower, in the gardens at the Lady Bird Johnson Wildflower Center, where they are starting to bloom. 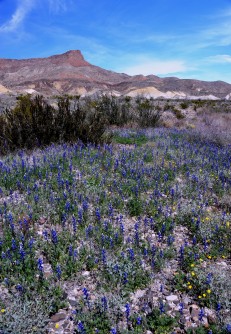 Big Bend bluebonnets in West Texas, which have been putting on a good show for weeks. 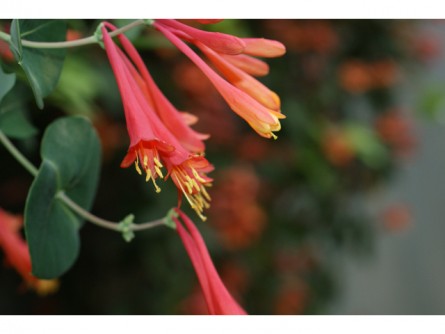 Coral honeysuckle is one of the hundreds of other flowering native Texas plant species on display at the Lady Bird Johnson Wildflower Center, and is in bloom.

Newswise — While cool weather is delaying the wildflower season in parts of Texas, most areas should have great blooms, and some areas already have a great show started for spring.

“We’re on track for a great year based on the soaking rains that have occurred in many places every two to four weeks,” said Dr. Mark Simmons, a restoration ecologist and program director at The University of Texas at Austin’s Lady Bird Johnson Wildflower Center. “I suspect early spring bloomers like Texas bluebonnets and pink evening primrose are going to be stunning.”

Fall and winter moisture are important as many popular wildflowers—including Texas bluebonnets, Indian blanket and Texas star—get a jumpstart on spring growth by germinating during the winter and establishing themselves as rosettes. These low clusters of leaves help the plants retain heat in the winter and prep to grow rapidly once temperatures climb.

Temperature swings since January shouldn’t hamper the show much. “Texas bluebonnets and other early spring wildflowers such as plains coreopsis have evolved in the state’s weather extremes and can bounce back from intermittent frost,” Simmons noted.

Now it’s just a matter of north Texans and some other areas waiting for warmer weather to encourage wildflowers to begin blooming in earnest. In the meantime, here are Texas sightings from recent days.

Big Bend bluebonnets have been having a banner year in and around the national park for weeks, with many blooms spotted along Highway 170, also known as the river road, particularly along the Big Bend ranch stretch. Rock-nettle is also blooming on cliffs about 10 miles west of Lajitas. In the Rockport area, Texas bluebonnet blooms are at their peak in the cemetery on Tule Park Drive, as are blue curls.

In north San Antonio, less conspicuous plants like windflower, prairie fleabane and curvepod fumewort are at their peak. In addition, showier wildflowers such as greenthread are blooming in good numbers along Highway 281 North such as at the intersection with Encino Rio. Goldeneye phlox is also becoming more numerous amidst grassy stretches. Agarita is in peak bloom in that part of Bexar County, and in Uvalde County, which shares the same wildflower species “palette.”

Along the trails at Lady Bird Lake and elsewhere in Austin, Carolina jessamine has been spotted, as have wildflowers such as a few Texas bluebonnets. That state flower and Indian paintbrush are starting to put on a great show on Interstate 10 near Houston, particularly east of Columbus. Texas bluebonnets have also begun blooming in Old Baylor Park in Independence.

Meanwhile, parts of the Panhandle and the Highland Lakes area have had below average rainfall into February. Some wildflowers don’t require much rain though, and spotters have seen healthy numbers of Texas bluebonnet rosettes all around the Highland Lakes area. In other regions such as Lubbock where hard freezes have occurred into early March, no blooms are being seen yet, but many rosettes have been spotted that will bring a good show in several weeks.

At the Lady Bird Johnson Wildflower Center in Austin, a few of the many large stands of Texas bluebonnets on site are blooming, Carolina jessamine is in full bloom and spots of color come from Eastern red columbine, gray globemallow and other wildflowers just opening up. As in past years, special spots have been set up for visitors to take photos as a safe alternative to doing so along state highways. The center is now open daily from 9 a.m. to 5 p.m. through May 31. 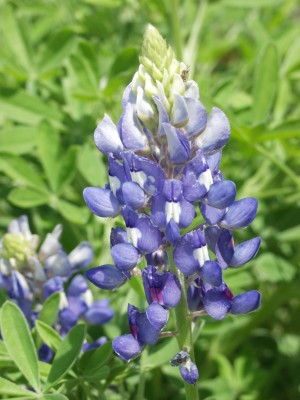 Caption: Texas bluebonnet, the state flower, in the gardens at the Lady Bird Johnson Wildflower Center, where they are starting to bloom.

Caption: Big Bend bluebonnets in West Texas, which have been putting on a good show for weeks. 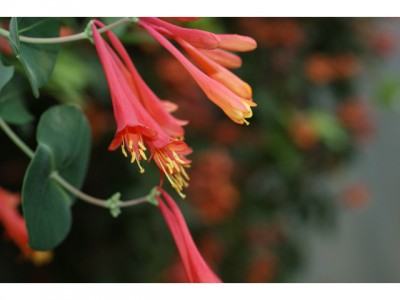 Caption: Coral honeysuckle is one of the hundreds of other flowering native Texas plant species on display at the Lady Bird Johnson Wildflower Center, and is in bloom.