Fears Of Potentially Blinding Complication From Avastin Eye Injections Are Overblown, According to Penn Study 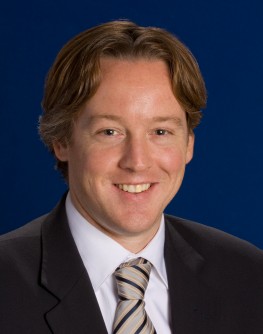 Brian L. VanderBeek, MD, MPH, assistant professor of Ophthalmology at the Perelman School of Medicine at the University of Pennsylvania

Newswise — PHILADELPHIA— Eye injections of the drug Avastin, used to treat retinal diseases, bring no greater risk of endophthalmitis, a potentially blinding eye infection, than injections with the much more expensive drug Lucentis made by the same company, according to new research from the Perelman School of Medicine at the University of Pennsylvania. Their findings are published today in JAMA Ophthalmology.

The study, based on insurance claims data from across the United States, was conducted in response to reports of Avastin (bevacizumab)-related endophthalmitis, which led the Food and Drug Administration (FDA) recently to propose significant restrictions on use of the drug for eye conditions.

“Our analysis of a national dataset shows that the risk for endophthalmitis is no higher with Avastin and hints that there may actually be a lower endophthalmitis risk compared to Lucentis, so the proposed FDA restrictions for Avastin might have the unintended consequence of increasing the infection risk for patients,” said senior author Brian L. VanderBeek, MD, MPH, an assistant professor of Ophthalmology at Penn. VanderBeek and his colleagues’ findings come after years of tension between eye doctors and Avastin’s maker Genentech over the drug’s ophthalmic use.

Avastin (bevacizumab) is an injectable solution of monoclonal antibodies targeted at the blood vessel growth factor VEGF. It was the first drug designed to inhibit new vessel growth (angiogenesis), and was approved by the FDA in 2004 for treating colorectal cancers—which typically boost angiogenesis to keep themselves well supplied with oxygen and nutrients.

Common age- and diabetes-related retinal diseases, such as wet macular degeneration, also result in part from VEGF-driven processes, so ophthalmologists soon began to use Avastin “off-label” to treat these conditions. Avastin as distributed for cancer treatment, is frequently repackaged by compounding pharmacies into smaller doses suitable for use in the eyes, which drives the cost of the medication down to about $50 per eye injection.

Genentech, the drug’s maker, has also developed a similar “eye-specific” angiogenesis-inhibiting, anti-VEGF monoclonal antibody, Lucentis (ranibizumab). It was FDA-approved in 2006 and costs as much as $2,000 per dose, even though it is closely related to the Avastin antibody and multiple clinical trials have found that the two drugs have virtually the same efficacy.

To promote the use of the more expensive Lucentis, Genentech announced in 2007 that it would block Avastin’s ophthalmic use by prohibiting its sales to compounding pharmacies, but the company backed away from this plan after strong protests from eye doctors.

Then in 2012, a few reports in the media noted endophthalmitis outbreaks following repackaged Avastin injections. Endophthalmitis is a bacterial infection in the eye and the most serious complication of anti-VEGF treatment, which can lead to blindness and even loss of the eye.

The endophthalmitis outbreaks were limited to specific compounding pharmacies. Amid a general concern over potential substandard practices at compounding pharmacies nationally, the FDA announced in February of this year that it planned to restrict the ophthalmic use of Avastin to the five-day period following the repackaging of the drug by a compound pharmacy.

“This would effectively prevent most ophthalmic use of Avastin,” VanderBeek said. “Compounding pharmacies require 14 days after repackaging just for sterility testing, and without this critical step, ophthalmologists will lack confidence in the safety of the repackaged Avastin and unlikely to use it.”

To get a better picture of Avastin’s true endophthalmitis risk, VanderBeek and his colleagues looked at the medical claims database for a large American insurance company, covering the years 2005 through 2012. The data they reviewed contained no information identifying patients.

Analyzing the 296,565 injections of Avastin and 87,245 injections of Lucentis that met their inclusion criteria, the Penn researchers found 49 and 22 cases, respectively, of endophthalmitis. Thus the rate of the complication in this dataset was very low, 0.017 percent for Avastin, and still low but slightly higher, 0.025 percent, for Lucentis.

The 35 percent lower rate of endophthalmitis seen in Avastin wasn’t statistically significant, but the authors say the data at least suggest strongly that on a nationwide basis, Avastin repackaged by compounding pharmacies doesn’t involve greater endophthalmitis risk than Lucentis packaged by its manufacturer.

The American Academy of Ophthalmology has been lobbying against the proposed new FDA regulations. “The findings from our study support their stance,” VanderBeek said.

Co-authors of the study were Sarah G. Bonaffini and Liyuan Ma, both of Penn Medicine at the time of the research.

Penn Medicine is one of the world's leading academic medical centers, dedicated to the related missions of medical education, biomedical research, and excellence in patient care. Penn Medicine consists of the Raymond and Ruth Perelman School of Medicine at the University of Pennsylvania (founded in 1765 as the nation's first medical school) and the University of Pennsylvania Health System, which together form a $4.9 billion enterprise.The Perelman School of Medicine has been ranked among the top five medical schools in the United States for the past 17 years, according to U.S. News & World Report's survey of research-oriented medical schools. The School is consistently among the nation's top recipients of funding from the National Institutes of Health, with $409 million awarded in the 2014 fiscal year.The University of Pennsylvania Health System's patient care facilities include: The Hospital of the University of Pennsylvania -- recognized as one of the nation's top "Honor Roll" hospitals by U.S. News & World Report; Penn Presbyterian Medical Center; Chester County Hospital; Penn Wissahickon Hospice; and Pennsylvania Hospital -- the nation's first hospital, founded in 1751. Additional affiliated inpatient care facilities and services throughout the Philadelphia region include Chestnut Hill Hospital and Good Shepherd Penn Partners, a partnership between Good Shepherd Rehabilitation Network and Penn Medicine.Penn Medicine is committed to improving lives and health through a variety of community-based programs and activities. In fiscal year 2014, Penn Medicine provided $771 million to benefit our community.