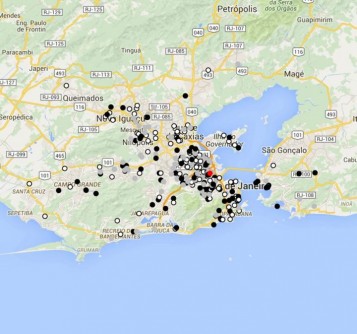 Newswise — Since the recent link to severe neurological defects in infants born to mothers infected during pregnancy, Zika virus (ZIKV) has become a public health and research priority. A study published in PLOS Neglected Tropical Diseases reports details from the 2015 Zika outbreak in Rio de Janeiro--the first with a high proportion of cases confirmed by molecular diagnosis--and proposes changes to the current diagnostic criteria for ZIKV disease.

Patrícia Brasil from the Fundação Oswaldo Cruz in Rio de Janeiro, Brazil, and colleagues analyzed data and samples from a total of 364 patients who presented with an acute skin rash from January through July 2015. The first challenge the researchers faced was the accurate diagnosis of ZIKV disease. ZIKV is a relative of both Dengue and Chikungunya virus, and the three infections can cause similar symptoms. Because ZIKV is closely related to DENV, antibody tests also have problems to distinguish between the two viruses.

To make an unambiguous diagnosis, the researchers tested blood samples (available from 262 of the patients), and they were able to detect ZIKV RNA in 119 of them. Of the samples negative for ZIKV, none tested positive for either Dengue or Chikungunya, and disease symptoms were very similar between the confirmed ZIKV cases and the negative samples. This suggests that at least some of the latter were also caused by ZIKV, but that levels of viral RNA in the blood samples were below the detection limit.

None of the 119 individuals with confirmed ZIKV disease had traveled in previous months, confirming that the infections were acquired locally. 11 percent of the confirmed cases were diagnosed in the months before ZIKV transmission was first (in early May 2015) reported in Northeast Brazil, challenging the notion that the virus initially entered Brazil in the Northeast and spread exclusively from there to other parts of the country.

When the researchers partially sequenced a ZIKV gene from 10 randomly selected positive samples, they found that the sequence looked like sequences from Asian ZIKV strains. This suggests that the virus was introduced to Brazil from Asia and supports the hypothesis of initial transmission from Pacific Island teams participating in a 2014 canoe championship in Rio (several Pacific Island nations had ZIKV outbreaks in 2014).

Four of the confirmed cases from the study were pregnant women. One of them had a miscarriage in the 10th week of pregnancy that was not investigated further, whereas the other three gave birth to healthy children. One female patient was hospitalized with febrile illness and a neurological manifestation developed afterwards that is consistent with Guillain-Barré syndrome, a neurological disease in which a patient's immune system damages nerve cells that might be linked to ZIKV.

The main route of ZIKV transmission is assumed to be through bites of the Aedes aegypti mosquitoes, though only 38% of the patients with confirmed disease specifically remembered mosquito bites. Moreover, 28 of the confirmed cases came from households with more than one case. This "clustering" could point to areas of very high mosquito density or, possibly, to transmission from person-to-person.

The most commonly reported ZIKV disease symptoms were rash, itchiness, exhaustion, headache, and joint pain. Only about one third of confirmed patients recalled a (brief) fever at the start of their symptoms. The rash (present in almost all of patients) lasted for several days and was associated with itchiness from the outset in 79 percent in the patients with confirmed ZIKV disease.

According to the researchers, this is the first Zika outbreak report with a high proportion of virologically confirmed cases from the Latin American continent. "The detailed clinical information, especially the frequency of signs and symptoms in Zika patients", they state, "has implications for the case definitions." Specifically, they suggest that "pruritus [itchiness], the second most common clinical sign presented by the confirmed cases, should be added to case definition issued by the Pan American Health Organization (PAHO)".

All works published in PLOS Neglected Tropical Diseases are open access, which means that everything is immediately and freely available. Use this URL in your coverage to provide readers access to the paper upon publication:

PLOS Neglected Tropical Diseases is a peer-reviewed, open-access journal devoted to the pathology, epidemiology, prevention, treatment, and control of the neglected tropical diseases, as well as public policy relevant to this group of diseases. Please contact [email protected] if you would like more information about our content and specific topics of interest.

For information about PLOS Neglected Tropical Diseases relevant to journalists, bloggers and press officers, including details of our press release process and embargo policy, visit http://journals.plos.org/plosntds/s/press-and-media .

About the Public Library of Science

The Public Library of Science (PLOS) PLOS is a nonprofit publisher and advocacy organization founded to accelerate progress in science and medicine by leading a transformation in research communication. For more information, visit http://www.plos.org.

This press release refers to upcoming articles in PLOS Neglected Tropical Diseases. The releases have been provided by the article authors and/or journal staff. Any opinions expressed in these are the personal views of the contributors, and do not necessarily represent the views or policies of PLOS. PLOS expressly disclaims any and all warranties and liability in connection with the information found in the release and article and your use of such information.