"Our study shows that Aegyptopithecus preserves an ancient hip morphology not present in living anthropoid primates," said Sergio Almécija, a paleoanthropologist and evolutionary biologist in the Division of Anthropology at the American Museum of Natural History who is first author on the study, which was published in Nature Communications this week. "As far as the hip is concerned, it seems that apes, humans, and Old World monkeys have all parted ways long ago--which would explain why they move around so differently today."

The fossil analyzed in the study was discovered in 2009 and is the most complete femur of Aegyptopithecus, a 15-lb (7-kg) likely tree-dwelling species that lived in Egypt about 30 million years ago, close to the time when hominoids (the group that includes apes and humans) split from the larger group that includes Old World monkeys. A well-preserved femur allowed researchers to glean details about the hip joint, a major anatomical region for inferring locomotion, using a combination of 3D morphometric analysis and evolutionary modeling.

For the analysis, the authors compared the fossil bone to other extinct and modern species, including humans, chimpanzees, and Victoriapithecus and Homunculus (extinct Old World and New World monkeys, respectively). The evolutionary modeling analysis used in the study included a method that was developed to identify convergent evolution in anole lizards in the Caribbean, which have independently developed comparable niche-specific adaptations across various islands.

The results indicate that the ancestral hip joint is, from an evolutionary perspective, as far from the hip joint of modern Old World monkeys as from those of the great apes--suggesting that each group evolved a distinct way of moving as they specialized for success in different environmental niches.

"What I find really exciting about the modeling approach is that we can develop better hypotheses about what drove the divergence of apes and monkeys, and the emerging picture is that navigating the environment is one of the key factors," said Ashley Hammond, assistant curator in the Division of Anthropology and an author on the study.

The American Museum of Natural History, founded in 1869 and currently celebrating its 150th anniversary, is one of the world's preeminent scientific, educational, and cultural institutions. The Museum encompasses 45 permanent exhibition halls, including those in the Rose Center for Earth and Space and the Hayden Planetarium, as well as galleries for temporary exhibitions. It is home to the Theodore Roosevelt Memorial, New York State's official memorial to its 33rd governor and the nation's 26th president, and a tribute to Roosevelt's enduring legacy of conservation. The Museum's five active research divisions and three cross-disciplinary centers support approximately 200 scientists, whose work draws on a world-class permanent collection of more than 34 million specimens and artifacts, as well as on specialized collections for frozen tissue and genomic and astrophysical data and on one of the largest natural history libraries in the world. Through its Richard Gilder Graduate School, it is the only American museum authorized to grant the Ph.D. degree and also to grant the Master of Arts in Teaching degree. Annual visitation has grown to approximately 5 million, and the Museum's exhibitions and Space Shows are seen by millions more in venues on six continents. The Museum's website, mobile apps, and massive open online courses (MOOCs) extend its scientific research and collections, exhibitions, and educational programs to additional audiences around the globe. Visit amnh.org for more information. 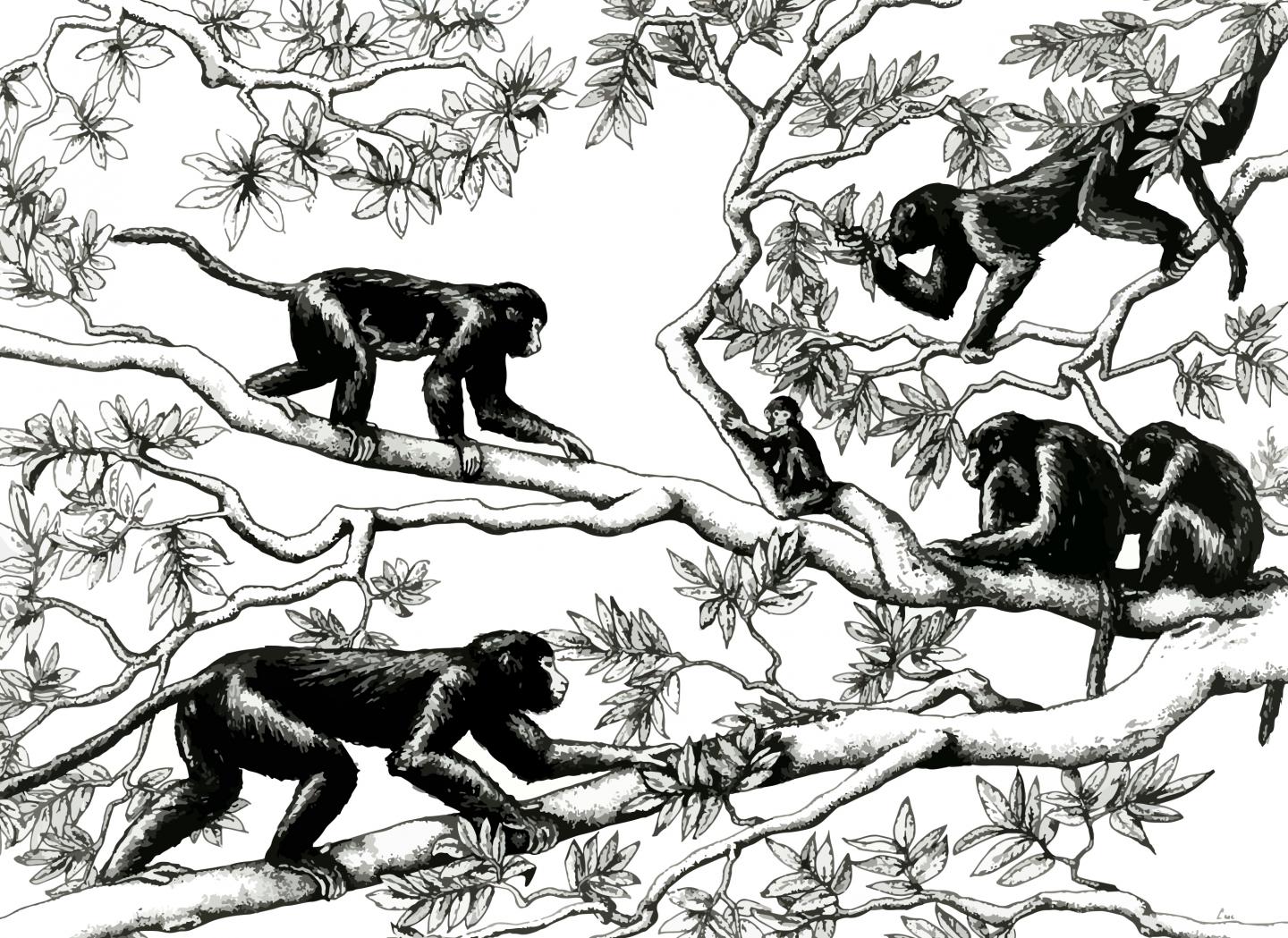 Caption: Artistic reconstruction of a group of Aegyptopithecus individuals on a tree during the Oligecene. 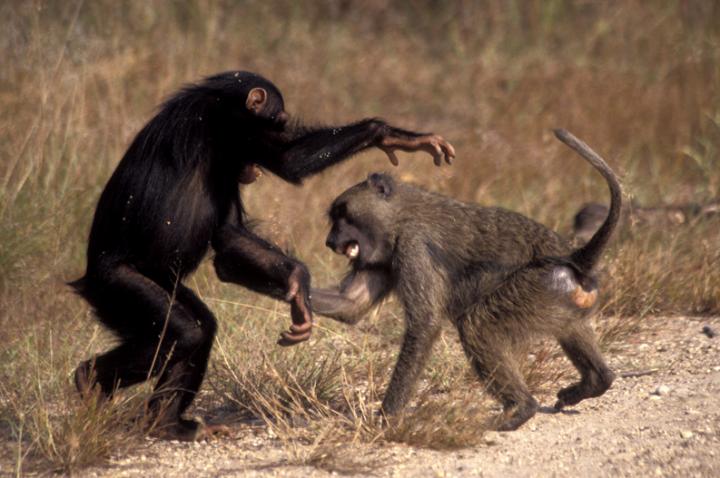