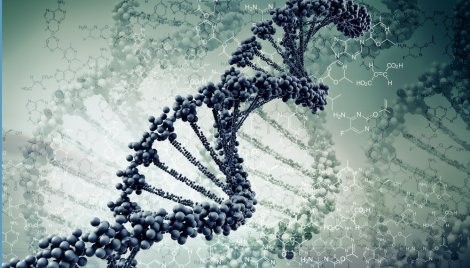 Newswise — The first results from a large international study of patients taking metformin, the world’s most commonly used type 2 diabetes drug, reveal genetic differences among patients that may explain why some respond much better to the drug than others. The insight could ultimately help physicians predict which patients will need higher doses than others to produce the same health effects, or need to be prescribed different drugs altogether.

Moreover, the inclusion of a large, ethnically diverse research cohort subset in the study revealed a much higher prevalence of the metformin-enhancing gene variant in African Americans than in other ethnic groups, highlighting the importance of including diverse cohorts in precision medicine studies.

Metformin has been around for 50 years and currently helps hundreds of millions of people with type 2 diabetes control their blood sugar and lower their risk of complications that lead to heart, eye and kidney disease. Recently, the drug has also shown benefits against a wide array of other diseases, including cancer, polycystic ovary syndrome, fatty liver disease, Alzheimer’s disease and Parkinson’s disease, and is even in clinical trials as a potential anti-aging drug.

But despite the hopes surrounding metformin, the drug is hit or miss for diabetes patients: more than one-third of people with type 2 diabetes fail to respond to normal doses of the drug. The reason for this variability has been murky; in fact, despite metformin’s long history, it’s still not clear precisely how the drug actually works.

The new study — published Aug. 8 in the journal Nature Genetics — is the first result from the Metformin Genetics Consortium, an international collaboration led by Kathy Giacomini, PhD., a professor of bioengineering and therapeutic sciences in UC San Francisco’s schools of Pharmacy and Medicine and Ewan Pearson, PhD, professor of diabetic medicine at the University of Dundee in Scotland.

“Right now we treat most people with type 2 diabetes the same,” Giacomini said, “but we wanted to discover whether there might be a specific genetic marker that could let us take a precision medicine approach to prescribing and dosing this common diabetes medication.”

The researchers performed a three-stage genome-wide association study (GWAS)* of 13,123 participants to identify genetic variants associated with differences in metformin response, and found a common variant of the gene SLC2A2 that was correlated with a strong response to the drug.

This finding makes sense, Giacomini said, because the gene encodes GLUT2, a glucose transporter protein responsible for regulating the movement of glucose between the liver, the blood and the kidneys. Gene expression data from 1,226 human liver samples confirmed that people with this variant had less GLUT2 in the liver and other metabolic tissues, which led to a reduced ability to manage blood glucose. Metformin, which slows the liver’s production of glucose, appears to be able to reverse this deficit, which could explain its blockbuster efficacy in these patients.

“Metformin is an old drug that is widely used, yet we are still discovering more about how it works,” said co-lead author Sook Wah Yee, PhD, a researcher in Giacomini’s lab. “Although we’ve known that GLUT2 is important for glucose transport for many years, we had not previously thought that variation in the gene encoding this transporter would alter how metformin works.”

The researchers also identified a compelling link between the new genetic variant and higher body weight, in line with previous clinical observations that metformin is particularly effective in overweight patients.

“The normal dose of metformin used to treat patients with diabetes is between 500mg and 2000mg,” said co-lead author Kaixin Zhou, PhD, a lecturer at the University of Dundee. “We have found that overweight people who carry two copies of the genetic variant respond much better to metformin, equivalent to receiving an extra 550mg of the drug.”

The new findings suggest that the biological causes of high blood sugar, the hallmark of type 2 diabetes, could be different in different people, and highlight the importance of a precision medicine approach to diabetes treatment, the researchers say.

“This is an exciting discovery that demonstrates how a patient’s genetics can determine how well, or poorly, a drug works,” Pearson said. “We need to undertake further clinical studies before we can change the way we use metformin, but this finding suggests that some patients should be treated with higher doses than others to achieve the same effect. This really does move us a step closer to truly targeted therapy in the treatment of diabetes.”

“This is the largest precision medicine study on an anti-diabetic drug performed to date, and is only made possible by the truly international collaboration of the Metformin Genetics Consortium,” Giacomini added.

In addition, Giacomini said, “we were able to analyse data from the largest published sample of African American patients on metformin thanks to the highly diverse participants from the Research Program on Genes, Environment, and Health, supported by Kaiser Permanente.” These results revealed that the newly discovered metformin-enhancing gene variant is particularly prevalent in African Americans, nearly half of whom carry two copies of the variant gene, compared to only about 10 percent of Caucasians.

Future studies by the Metformin Genetics Consortium, Giacomini said, will be investigating more specifically how ethnicity plays into metformin drug responses, as well as how genetics plays into side effects of the drug that make it hard for some patients to tolerate effective doses.

The research was supported by the National Institutes of Health, The Wellcome Trust and Diabetes UK. The authors declare no competing financial interests. Please see online version of the paper for full list of authors.