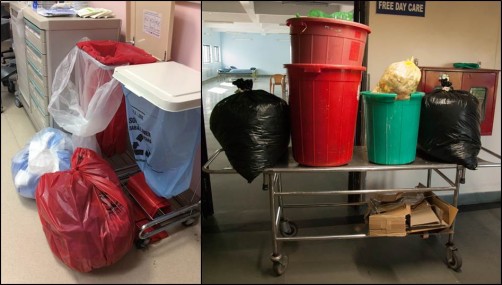 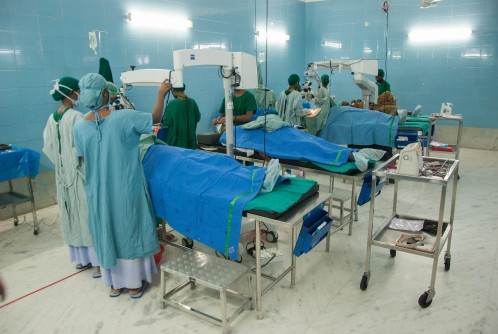 Transportation and fossil fuel industries typically come to mind as major sources of pollution. Less noticed is the contribution of the healthcare industry, which emits nearly ten percent of greenhouse gases and other air pollutants in the United States, and three percent in the United Kingdom.

Now, new research by faculty at NYU School of Medicine, publishing online December 6 in Journal of Cataract and Refractive Surgery, finds that a healthcare center in India provides a model for environmental sustainability. Combining several techniques, Aravind Eye Care System in the south of India emitted 96 percent less carbon than the U.K. while producing comparable or better health outcomes for one of the world’s most common surgical procedures, cataract surgery.

Cataracts are the leading cause of blindness and visual impairment worldwide, so reducing the footprint of the procedure could make a significant difference, say the study authors.

“Our overuse of disposable materials in surgery is unsustainable,” says study leader Cassandra Thiel, PhD, assistant professor in the Department of Population Health at NYU School of Medicine. “Ophthalmologists and other medical specialists should seek ways to reduce material use and emissions in medical procedures. This center in India can serve as a model.”

How One Hospital in India Slashed Emissions

From November 2014 through February 2015, the researchers analyzed surgical materials, energy, and waste from cataract surgery, calculating their greenhouse gas emissions, as well as emissions related to ozone depletion, water eutrophication, toxicity, and air pollutants. For the same procedure, the authors found that Aravind emitted just four percent of the emissions as that of a comparable operation in the U.K.

Practices at Aravind that made the most difference were shorter surgery durations; better re-use of surgical gowns, caps, booties, and blankets; multi-use pharmaceuticals; and more efficient sterilization of stainless steel instruments, so they can be reused the same day.

What High-Income Countries Can Learn

“As healthcare systems and professionals worldwide become more aware of and concerned for the public health implications of climate change and excessive resource use, efficient care delivery models must be better understood and promoted,” says Dr. Thiel.

Along with Dr. Thiel and Dr. Schuman, the study authors are Emily Schehlein, Alan L. Robin, MD, and Osamah J. Saeedi, MD, of University of Maryland Medical Center; and Thulasiraj Ravilla, R.D. Ravindran, MD, and Rengaraj Venkatesh, MD, of Aravind Eye Care System. The study was funded by a Fulbright-Nehru Academic and Professional Excellence Award administered by the United States – India Educational Foundation (USIEF). Dr. Saeedi is supported by a National Institutes of Health Career Development Grant K23 EY025014. The sponsor or funding organization had no role in the design, conduct, or reporting of this research. 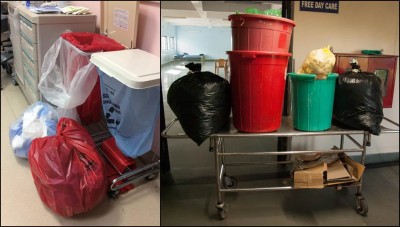 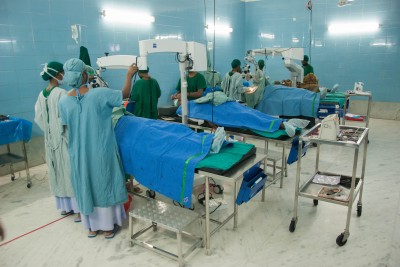