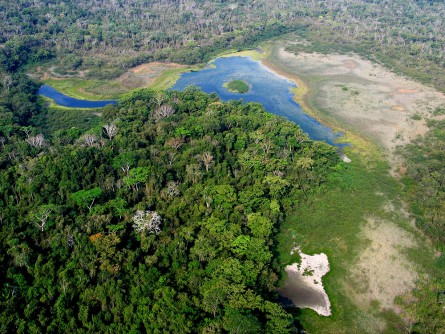 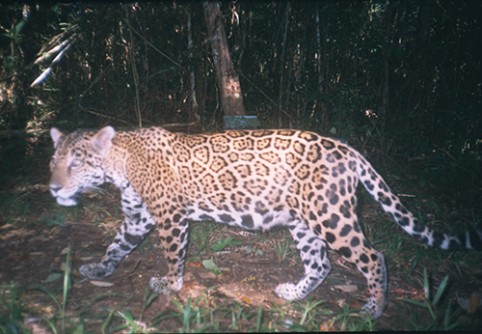 This female jaguar was one of numerous jaguars camera trapped by WCS in the MBR community forest concessions, demonstrating that the community forest management model is working to conserve jaguars and their prey. 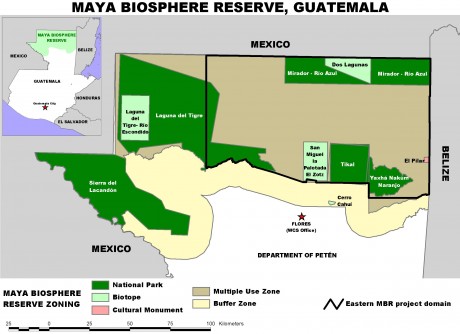 Newswise — Conservationists in Guatemala and around the world celebrate the 25th Anniversary of the Maya Biosphere Reserve, a successful safe haven for jaguars, peccaries, macaws and other species that have disappeared from much of Mesoamerica, according to the Wildlife Conservation Society (WCS).

On February 14th, 1990, the Guatemalan government created the Maya Biosphere Reserve (MBR), a forest-filled landscape larger than Israel. WCS and other conservation groups continue to build on a quarter century of innovative and collaborative conservation efforts in one of the New World’s most important forest ecosystems.

“The Maya Biosphere Reserve is evidence of Guatemala’s remarkable commitment to ecological stability in Central America,” said Roan Balas McNab, Director of WCS’s Guatemala Program. “In many ways, the reserve has become more important than ever before, conserving wildlife that has disappeared from other landscapes and supporting sustainable livelihoods for local communities.”

At 21,000 square kilometers (more than 8,000 square miles), the Maya Biosphere Reserve covers 19 percent of Guatemala and is one of the few large forests remaining in Central America as deforestation in the region has spread. WCS conservationists note that, in spite of sporadic insecurity and other challenges, approximately 70 percent of the protected area’s forests and water bodies remain well conserved.

One of the great accomplishments of the reserve is the persistence of the jaguar within its borders. Central America’s largest protected area is home to at least 90 percent of Guatemala’s remaining jaguar population (a number estimated to total some 345 big cats). Throughout Central America, the jaguar has suffered a range reduction of at least 40 percent.

The protected area has become a safe haven for other wildlife as well. At least 95 percent of the remaining white-lipped peccaries in Guatemala exist in the Maya Biosphere Reserve; across Mesoamerica, white-lipped peccaries have disappeared from 70 percent of their former range. Scarlet macaws living inside the reserve represent 99 percent of the total Guatemalan population. The species has lost 75 percent of its range across the Central American isthmus and continues to be threatened by demand for the pet trade. The forests of the reserve also provide wintering habitat for migratory birds and help reduce the severity of climate change through the sequestration of carbon.

The reserve occupies the heart of a larger landscape known as the Selva Maya, the epicenter of the ancient Maya Civilization and a vast protected area system covering parts of Guatemala, Belize, and Mexico. As a result, the Maya Biosphere Reserve contains many majestic temples and cities built by the ancient Maya.

Much of the success of WCS’s conservation efforts in the reserve stems from ongoing partnerships with local communities and the government to ensure the reserve’s long-term conservation success through biological research and monitoring, environmental governance, and the promotion of community-based management regimes. The reserve supports tens of thousands of individuals who earn their livelihoods by harvesting timber and non-timber forest products sustainably, and increasingly through tourism. Under the “community concession” system—an agreement between the Guatemalan government and local communities—reserve residents steward the forest and supplement their incomes through the sustainable harvest of a variety of forest products like fruits, medicinal and ornamental plants, and limited amounts of timber. These income streams generate an estimated $42 million for Guatemala annually, helping to ensure livelihoods for local communities, and providing a huge boost to the regional economy of Petén.All timber harvests are sustainable (only a few trees per hectare are removed every 25 to 40 years) and are monitored by the government and by the Rainforest Alliance under the aegis of the Forest Stewardship Council.

Despite its incredible wealth of natural and cultural heritage, the reserve has endured a number of challenges. Within the context of Guatemala’s endemic poverty, landlessness, and insecurity, a vast swath of frontier forest has served as an escape valve for land-poor local populations. Another threat to the reserve has been the infiltration of organized crime groups seeking to control territory near the Mexican border for narco-trafficking, money laundering, and the migration of Central Americans to the United States.

To address these threats, a broad array of local community associations, conservation groups like WCS, and international partners have collaborated with Guatemala’s National Council of Protected Areas (CONAP) to ensure the protection and sustainable management of the reserve. By working together, partners have established participatory natural resource management systems, including world-class sustainable timber management, improved community tourism, monitoring and management of wildlife populations to reduce illegal poaching and trafficking, and implementation of community-based fire prevention programs to mitigate the impacts of climate change.

During the past five years, a dedicated consortium of governmental and non-governmental actors has also made inroads in combating organized crime, evicting illegal narco-ranchers, taking back territories that many had written off as lost, and establishing new control posts and protection measures. These actions have allowed CONAP to reverse deforestation trends in some areas, and forests are regenerating naturally, just as they did after the ancient Maya disappeared from the area.

“Beyond its ecological importance, the Maya Biosphere Reserve also holds great strategic geopolitical importance since it spans 46 percent of Guatemala’s frontier with Mexico,” said Ing. Benedicto Lucas, Executive Secretary of CONAP. “Along this border, healthy natural resource governance systems engage rural inhabitants and improve regional security – especially in border areas. Tourism, sustainable timber and non-timber forest products and ecosystem services can be part of the solution for rural areas challenged by poverty and insecurity. The Maya Biosphere is our national leader in these themes, and one of the best conservation models in Latin America, so we invite all actors to support the reserve and help us celebrate this milestone.”

Successful conservation within the Maya Biosphere Reserve would not be possible without the steadfast support of our generous partners. WCS is grateful for the public and private contributors who have strengthened efforts to preserve this important landscape. To join WCS in conserving the Maya Biosphere Reserve and other wild places, please visit http://bit.ly/donatemayabiosphere. 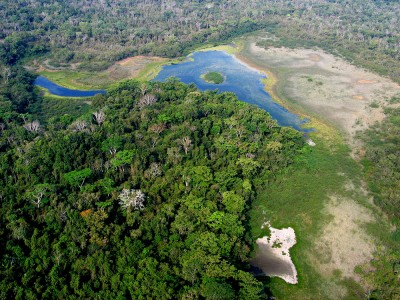 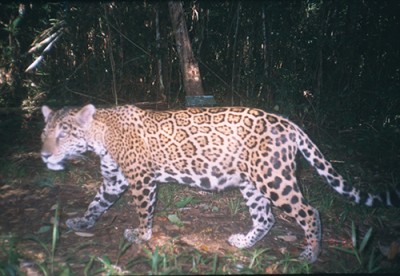 Caption: This female jaguar was one of numerous jaguars camera trapped by WCS in the MBR community forest concessions, demonstrating that the community forest management model is working to conserve jaguars and their prey. 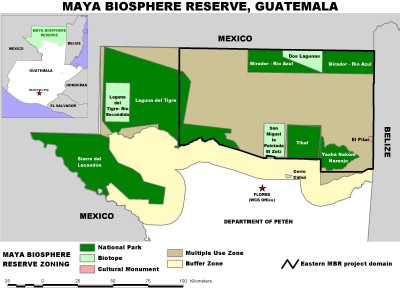