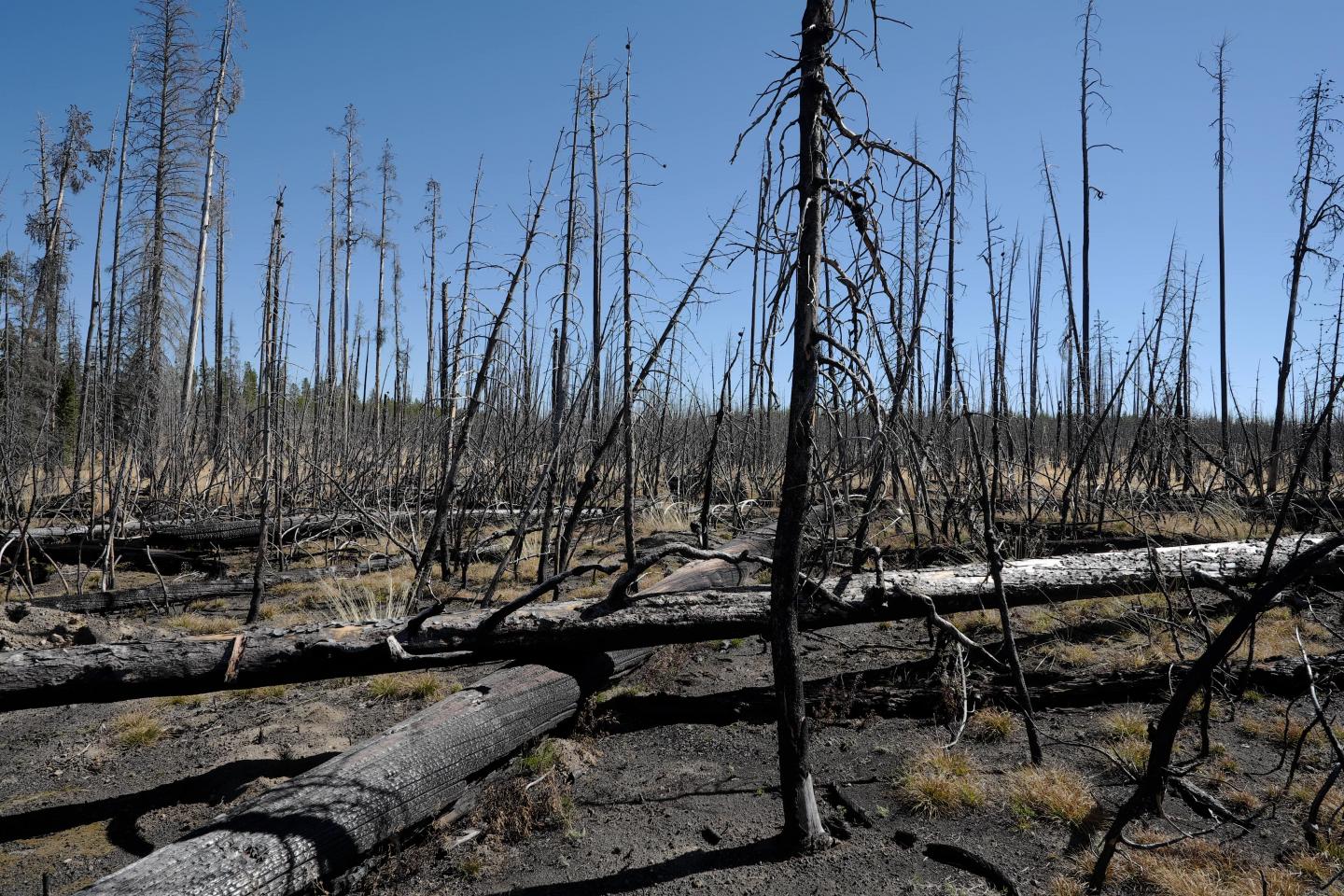 The way in which increasing numbers of forest fires are changing the landscape over the long term is being studied with the use of AI. 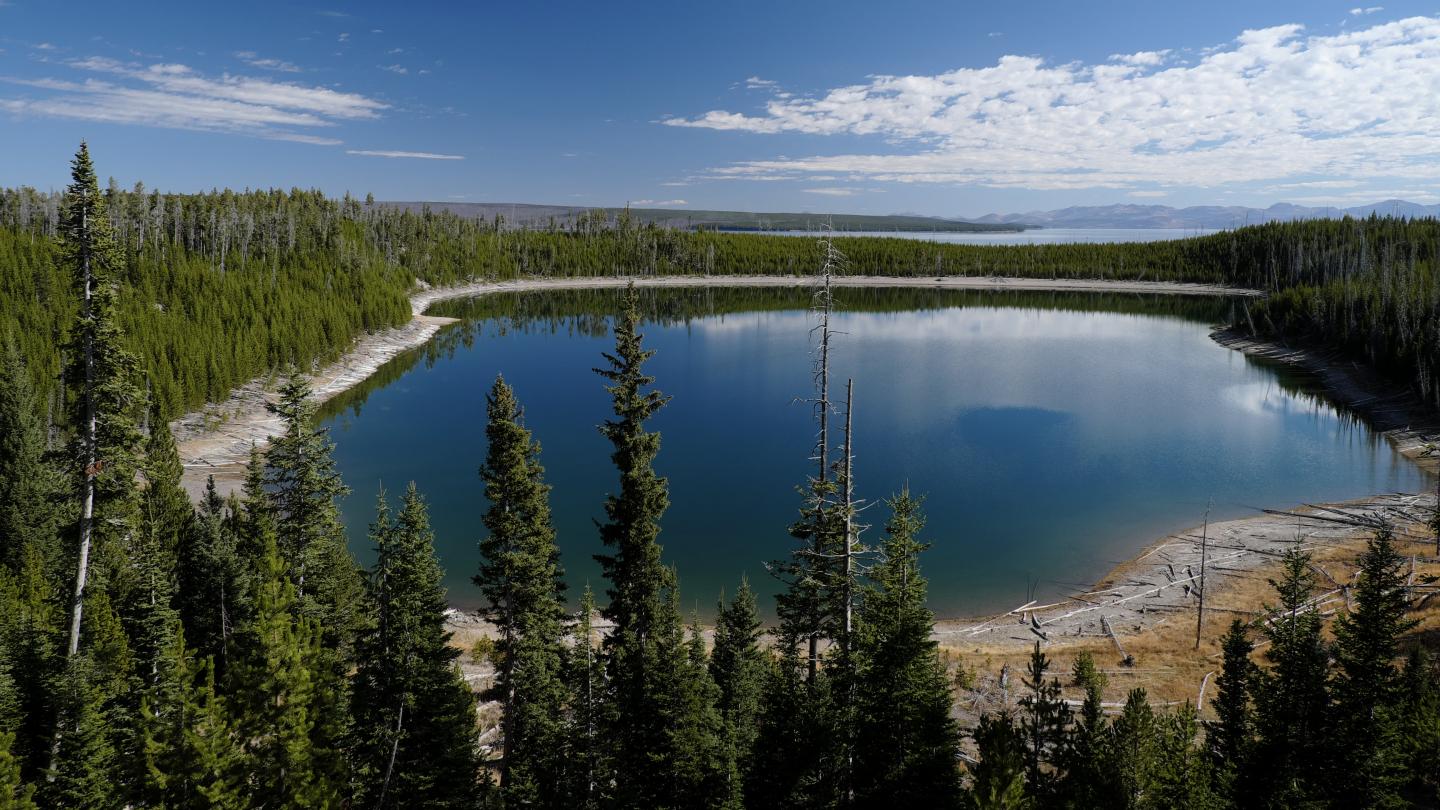 The iconic landscape of Yellowstone National Park is characterized by vast forests that have been untouched by man but are threatened by increasing numbers of forest fires due to climate change.

Newswise — Forest fires are already a global threat. "But considering how climate change is progressing, we are probably only at the beginning of a future that will see more and bigger forest fires," explains Rupert Seidl, Professor of Ecosystem Dynamics and Forest Management in Mountain Landscapes at TUM.

In many places, fire is part of the natural environment, and many tree species have become naturally adapted to recurrent fires. These adaptations range from particularly thick bark, which protects the sensitive cambium in the trunk from the fire, to the cones of certain types of pine, which open only due to the heat of fire, allowing a quick regeneration and recovery of affected woodland .

"The interaction between climate, forest fires, and other processes in the forest ecosystem is very complex, and sophisticated process-based simulation models are required to take account of the different interactions appropriately," explains Prof. Seidl. A method that has been developed at TUM is using artificial intelligence to significantly expand the field of use of these complex models.

This method involves the training of a deep neural network in order to imitate the behavior of a complex simulation model as effectively as possible. The neural network learns on the basis of how the ecosystem responds to differing environmental influences, but does so using only a fraction of the computing power that would otherwise be necessary for large-scale simulation models. "This allows us to carry out spatially high-resolution simulations of areas of forest that stretch across several million hectares," explains scientist Dr. Werner Rammer.

Forecast for the forests in Yellowstone National Park

The simulations completed by the team of scientists include simulations for the "Greater Yellowstone Ecosystem", which has the world-famous Yellowstone National Park at its heart. This area, which is approximately 8 million hectares in size, is situated in the Rocky Mountains and is largely untouched. The researchers at the TUM have worked with American colleagues to determine how different climate scenarios could affect the frequency of forest fires in this region in the 21st century, and which areas of forest cannot regenerate successfully following a forest fire.

Depending on the climate change scenario, the study has found that by the end of the century, the current forest coverage will have disappeared in 28 to 59 percent of the region. Particularly affected were the forests in the sub-alpine zone near the tree line, where the species of tree are naturally less adapted to fire, and the areas on the Yellowstone Plateau, where the relatively flat topography is mostly unable to stop the fire from spreading.

The regeneration of the forest in the region under investigation is at threat for several reasons: If the fires get bigger and the distances between the surviving trees also increase, too few seeds will make their way onto the ground. If the climate gets hotter and drier in the future, the vulnerable young trees won't survive, and if there are too many fires, the trees won't reach the age at which they themselves yield seeds.

"By 2100, the Greater Yellowstone Ecosystem is expected to have changed more than it has in the last 10,000 years, and will therefore look significantly different than it does today," explains Rammer. "The loss of today's forest vegetation is leading to a reduction in the carbon which is stored in the ecosystem, and will also have a profound impact on the biodiversity and recreational value of this iconic landscape."

The potential developmental trends identified in the study are also intended to help visitors to the national park understand the consequences of climate change and the urgency of the climate protection measures. In the next step, the research team will be using AI to estimate the long-term impact of the problems caused by climate change in the forests of Europe.

Caption: The way in which increasing numbers of forest fires are changing the landscape over the long term is being studied with the use of AI.

Caption: The iconic landscape of Yellowstone National Park is characterized by vast forests that have been untouched by man but are threatened by increasing numbers of forest fires due to climate change.