Students who are non-binary, female or in their second year of college are most affected by academic stress, a Rutgers study finds 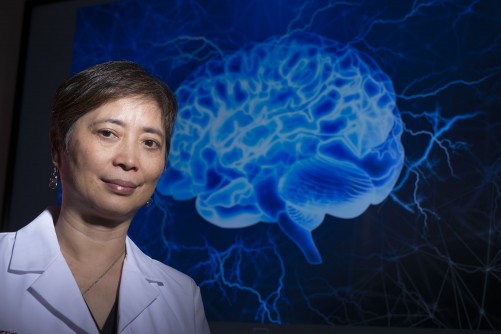 Newswise — Academic stress takes a toll on the mental well-being of certain groups of college students more than others – a correlation further exacerbated by the COVID-19 pandemic, according to a Rutgers New Jersey Medical School study.

Published in the journal Frontiers in Psychology, researchers found a significant correlation between perceived academic stress and poor mental well-being in all the students, but most acutely in those who are nonbinary, female or those who were in the second year of a four-year program.

“This study shows that college students are not uniformly impacted by academic stress or pandemic-related stress and that certain groups should be offered additional resources and support,” said study author Xue Ming, a professor of neurology at Rutgers New Jersey Medical School. “The findings support prior studies that have shown that nonbinary adults face adverse mental health outcomes when compared to male- and female-identifying adults.”

According to the American Psychological Association, up to 87 percent of U.S. college students cite education as their primary source of stress – arising from demanding course loads, studying, time management, classroom competition, financial concerns, family pressures and difficulty adapting to new environments – but few studies have looked at how that stress directly affects mental health.

The study sought to determine if a relationship exists between college students’ perceived academic stress and their mental well-being, to identify groups that could experience varying levels of academic stress and mental health and to explore how the perception of the ongoing COVID-19 pandemic is affecting stress levels.

The researchers believe that second-year students as a group might be more affected by academic stress because they start taking more advanced courses, manage heavier academic workloads and explore different majors. Other factors could include increased studying and having less well-established social support networks and coping mechanisms compared with upperclass students.

“Colleges should consider offering tailored mental health resources to these groups to improve students’ stress levels and psychological well-being,” Ming said. “To raise awareness and destigmatize mental health, colleges can distribute confidential validated assessments, such as the PAS and SWEMWBS, in class and teach students to self-score so they can monitor their stress and mental well-being.”