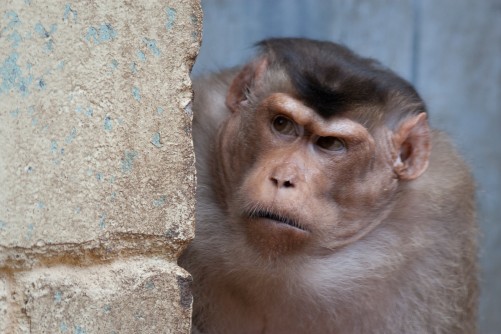 Newswise — How do decisions get made in the natural world? One possibility is that the individuals or components in biological systems collectively compute solutions to challenges they face in their environments. Consider that fish navigate complex environments to find food and escape predators. Some fish do this by moving together as a unit, sometimes forming incredibly organized schools. The members of a beehive are collectively able to determine which of two nest sites is better. Humans are able to make accurate, coherent decisions even though the process underlying those decisions may involve billions of neurons, each with its own opinion. There are no leaders in these groups and different individuals have different preferences about where to go or what to do. No individual fish or bee or neuron has enough information by itself, but together they can accomplish amazing things. How is this possible?

In research recently published in Science Advances, researchers Eleanor Brush (University of Maryland) with David Krakauer and Jessica Flack of the Santa Fe Institute addressed this question by studying the emergence of social structure in primate social groups. In a social group of pigtailed macaques (Macaca nemestrina), pairs of monkeys fight each other and get a feel for each other's fighting prowess. When one eventually realizes it is likely to lose in future fights, it will start to bare its teeth in subordination to the other, communicating its agreement to be subordinate. This is the information accumulation portion of the collective computation -- the monkeys are going out into the world and semi-indecently collecting information about their social environments. They then "share" this information, such that the monkeys about whose fighting abilities garner a high degree of consensus are perceived as having high power within the group. This is the information aggregation or pooling phase of the collective computation. And the aggregated information resulting from pooling of opinions is very useful: it tells the monkeys which group members are widely perceived as powerful and hence who would be a good ally during a fight.

In previous work, Krakauer and Flack showed that the monkeys who emerge as powerful are usually the best fighters and that it is beneficial to have only three or four monkeys in such powerful positions. It remained a mystery, however, how it happens that the monkeys' power accurately reflects their fighting ability and how the group tunes how many powerful individuals there are. Brush and colleagues formulated a mathematical description of this collective computation and found that all it takes for the group members to be able to produce an accurate distribution of power is to have individuals who don't want to be subordinate -- in other words, stubborn individuals who have strong preferences -- a condition likely met in reality. Additionally, changing how aggressively the animals fight with each other can change how many individuals emerge as disproportionately powerful.

Krakauer says, "The principles common to both systems are the principles of information accumulation and aggregation and possibly that the components have strong opinions or preferences that influence how likely they are to change their behavior given the information they've accumulated."

"Contrary to the colloquial wisdom," Flack says, "strong preferences at the individual level can produce better collective computations at the group level."