Want to do well after an operation? Focus on what you do before. 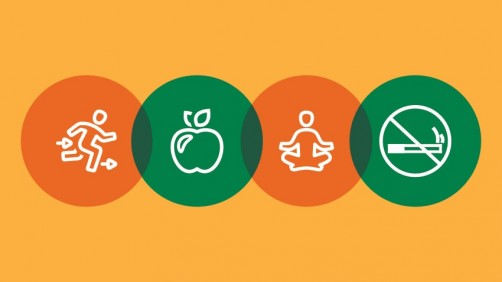 Basic fitness and wellness coaching, administered in advance, could reduce a surgical patient’s average hospital stay two days, according to study by University of Michigan.

Just as an athlete might work to build up stamina before a race, a person entering the hospital also can benefit from prepping the mind and body. Even minor adjustments to diet and mental health could help some individuals go home sooner — and, in turn, save hospitals and insurance companies money.

But for many health care providers, that concept isn’t always put into practice.

“We do a lot in medicine to get people ready for surgery, but they’re primarily administrative tasks — checking off boxes that don’t necessarily make a patient better,” says Englesbe, a Michigan Medicine transplant surgeon who has studied and championed the idea for nearly a decade.

“The more you can do to manage your status preoperatively, the quicker you’ll be able to bounce back.”

In February, Englesbe, colleague Stewart Wang, M.D., Ph.D., FACS, and several other authors confirmed their longtime hunch: A study published in Surgery found that basic fitness and wellness coaching, administered in advance, could reduce a surgical patient’s average hospital stay two days, from seven down to five, when compared to a control group.

And, in a benefit to patients and providers alike, the regimen cut medical costs 30 percent.

Moreover, the participation rate among the study’s 641 subjects was high — about 80 percent, far better adherence than what might follow a typical medical appointment.

“As a physician, you always tell people to quit smoking and exercise,” says Englesbe, “but the compliance rates are notoriously abysmal.”

The prospect of serious surgery, he notes, can be a change agent in itself: “Big health crises can scare people straight, so to speak, and change their lifestyle.”

Still, the researchers say, promoting healthful habits in advance of an operation is a measure that should be just as crucial as any other step in the admittance process.

Adds Wang: “The condition of the body is so important. It’s so much common sense that people often fail to recognize it.”

The recent study marks the third time Englesbe and Wang have examined the idea of athletic training applied to surgical preparation, which they call “prehab.” Hospitalization times and cost savings were consistent among the analyses.

Each review followed the Michigan Surgical and Health Optimization Program (MSHOP), an initiative aimed at helping patients target and strengthen weaknesses before surgery. A web-based risk assessment tool using a person’s existing data enables shared decision-making between patient and physician and helps identify patients who will best benefit from MSHOP.

Elements of the program include improving one’s diet, reducing stress, breathing exercises and smoking cessation, and, most crucial, an emphasis on light physical activity — with the latter reinforced via daily notifications.

Most MSHOP patients are advised to log 12 miles of walking per week, or about an hour a day. Each participant is given a pedometer to track progress.

It sounds simple, but it can pay off: Walking aids blood flow and speeds healing.

“The vast majority of the program benefits come from the walking,” says Wang, endowed professor of burn surgery and director of the Morphomic Analysis Group at Michigan Medicine.

Early MSHOP efforts encouraging patients to boost their steps involved personal phone calls, a method ultimately revised due to staffing requirements and, given the demands of patients’ work and personal lives, subpar reach.

That way, “the patient feels like someone is actually paying attention to them,” says June Sullivan, the technology director for MSHOP, noting that any replies are monitored and logged.

“And, they respond with things like ‘This is a great program’ or ‘Sorry I didn’t do well today — I’ll try harder.’”

If surgeries were races, the procedures MSHOP patients received — liver, gastrointestinal, pancreas and thoracic surgery; organ transplant; and esophageal resection, among other operations — might be likened more to triathlons than turkey trots.

Because the analyzed cases were elective, as about 90 percent of all surgeries in the United States are, the notion of prehab based on the study’s findings could spur some doctors to more carefully evaluate a patient’s readiness (and perhaps delay plans if warranted).

“Surgery is basically controlled injury,” says Wang, whose background is in trauma medicine. “You’re ‘whacking’ patients and hoping that in the end they do better overall because you’ve interrupted the disease process.”

No matter the circumstance, be it a car crash or a kidney transplant, a patient’s strength can dictate their path going forward.

People with weak psoas muscles, for instance, “did terribly after surgery,” Wang says of the findings that led to the creation of MSHOP.

And MSHOP components can not only boost physical healing, but also provide emotional benefits in the days before the procedure — and, ideally, beyond.

“Patients don’t care about costs or how long they’re going to be in the hospital; they just want to get through the experience,” Englesbe says. “This is an empowering tool that helps them do something positive in the face of a very negative event.”

Since its establishment five years ago, the MSHOP curriculum is now offered in more than 20 hospitals and 30 practices across Michigan.

Despite plenty of positive feedback and proof of prehab’s benefits, the practice encompasses just a sliver — about 1,250 patients — of the 65,000 surgeries performed annually at Michigan Medicine.

Although the cost benefits are notable, that factor doesn’t necessarily register with clinicians, the researchers note. And, says Sullivan, the technology director, surgeons must be the ones to start the dialogue: “They have to deliver the message; that’s who the patient believes.”

Still, the MSHOP movement has caught the attention of insurance payers that might be able to help facilitate a wider reach.

“Once it’s a billable service, it will really take off,” Englesbe says.

Because current prehab guidelines are somewhat general, there also is room to grow.

They could one day be tailored to address more specific scenarios, such as prescribing certain exercises prior to a joint replacement surgery.

“The technology is scalable,” Wang says. “Expected complications or recovery difficulties could be addressed in advance with targeted training. This is just the beginning.”