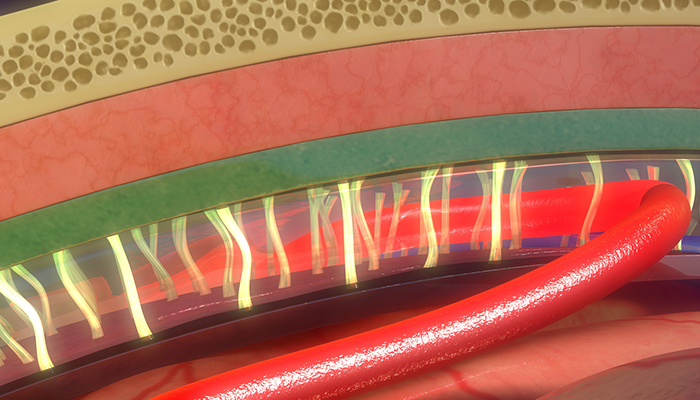 The blood-brain barrier is difficult to penetrate because it does a superb job of protecting the brain from infection.

Newswise — A new drug candidate has been discovered by the University of South Australia (UniSA) to treat the most lethal form of brain cancer – glioblastoma – which kills 95 per cent of patients within five years.

Initial data of the experimental drug, Auceliciclib, in animal models suggest it could offer a new treatment for glioblastoma as there is currently no cure.

Head of Drug Discovery and Development at UniSA, Professor Shudong Wang, says that brain cancer is particularly challenging to treat because very few drugs can cross the blood-brain barrier and those that do cause serious side effects.

“We already know that many cancers are driven by a family of enzymes called cyclin-dependent kinases (CDKs), so our drug has been specifically designed to target CDK activity,” Prof Wang says.

“Auceliciclib has two key advantages over other drugs in development. It is more target-specific and therefore appears to have lower toxicity, and it can reach cancer cells in the brain more effectively.”

Human clinical trials of the drug in cancer patients will be conducted by industry partner, Aucentra Therapeutics, an Adelaide-based biotech company, initially in Adelaide followed by other clinical trial centres in Australia.

“This will be the first clinical trial in the world of this drug, and I am very excited that a cancer therapeutic discovered at UniSA will be tested firstly in Adelaide for the benefit of South Australian cancer patients,” Prof Wang says.

Although glioblastoma is rare and affects only three in 100,000 adults per year, most people survive only 12-15 months after diagnosis with current standard care.

Prof Shudong says the blood-brain-barrier is difficult to penetrate because it does a superb job of protecting the body’s most vital organ from infection.

“This is why it is such a challenge to design drugs for brain cancer.”

If Auceliciclib proves effective in human clinical trials, it will also be an important breakthrough for other breast and lung cancers which metastasize into the brain, leaving few other treatment options.

“Given that Auceliciclib targets CDK enzymes that play central role in most human tumours, the application for Auceliciclib could also be much wider and include breast cancer, colorectal cancer, lung cancer, ovarian cancer and leukaemia,” Prof Wang says.

Professor Shudong Wang is a world-renowned leader in kinase-targeted cancer drug therapies. In 2017 she was honoured with the NHMRC Research Excellent Award by the National Health and Medical Research Council for her Top Ranked Development Grant in Australia.

Professor Wang’s team collaborates with researchers globally, funding organisations, donors, and pharmaceutical companies in a common goal to find a cure for cancer.