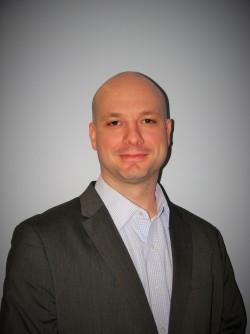 Newswise — Hurricanes Katrina and Rita may be responsible for up to half of the stillbirths in the areas hardest hit by the storms, according to a new study co-authored by Ian Breunig, PhD, a postdoctoral fellow in the Department of Pharmaceutical Health Services Research (PHSR) and the Center for Innovative Pharmacy Solutions in the Department of Pharmacy Practice and Science (PPS) at the University of Maryland School of Pharmacy.

The study, published in the Journal of Epidemiology and Community Health, aimed to uncover information about how fetal health is influenced by the stress imposed on expectant mothers affected by natural disasters, specifically Hurricane Katrina. Katrina struck the state of Louisiana on August 29, 2005; Hurricane Rita hit one month later on September 24. Hurricane Katrina was the costliest natural disaster in American history, while Hurricane Rita was the fourth most intense hurricane ever recorded.

“Most research that examines the public health impacts of natural disasters focuses on the well-being of adults and their living children,” says Breunig. “However, we suspected that the stress, depression, and trauma often experienced by expectant mothers after natural disasters, such as hurricanes, could also be detrimental to the health of an unborn child -- the most serious consequence of which would be its death, or stillbirth. If we ignore this relationship, the statistics that we collect after natural disasters will underestimate the true loss of life.”

Information gathered by the researchers showed that, together, the hurricanes caused measureable damage to 38 out of 64 towns -- also known as parishes -- in the state, leaving more than 200,000 housing units affected. Four parishes saw damage to more than half of their local housing stock, while three parishes incurred damage that ranged between 10-50 percent of their housing stock.

Other parishes experienced varying levels of damage that ranged between 1-10 percent or less than one percent.

Researchers analyzed all birth data between 1999 and 2009 in Louisiana, during which time 5,194 stillbirths were recorded. They used this data to calculate the odds of a pregnancy resulting in a stillbirth in both damaged and undamaged areas in the 20 months before, as well as the 28 months after Hurricane Katrina struck. Space-time models were then strategically used to assess whether fetal death correlated to the extent of damage caused by the two storms.

The findings were surprising.

“Not only did we find that the chance of stillbirth significantly increased among expectant mothers residing in areas damaged by Hurricanes Katrina and Rita, but we also found that the risk of stillbirth increased proportionately with the magnitude of the damage in a parish,” says Breunig. “The risk of an expectant mother experiencing a stillbirth was nearly 40 percent higher in parishes that suffered damage to 10-50 percent of their housing stock. In addition, it was nearly twice as high in parishes where more than half of the housing stock was damaged by the hurricanes.”

The researchers estimate that approximately half of the 410 recorded stillbirths in damaged parishes during this time can be attributed to Hurricanes Katrina and Rita and the subsequent devastation. This number is between 20-30 percent of the number of human deaths attributed to the hurricanes.

However, they also note that the true fetal death toll could be much higher, due to the displacement of residents whose homes and livelihoods were swept away with the storms.

“This study reminds us that natural disasters often impose intangible, but long-lasting effects on people,” says Breunig. “However, because these effects can be difficult to measure, the economic and emotional costs that they impose can be overlooked. Unfortunately, this also means that strategies to help reduce these costs are often not implemented with other disaster preparedness efforts.”

With climate scientists predicting that the frequency, duration, and intensity of hurricanes will continue to increase as a result of climate change, Breunig adds that it would be beneficial for governments and other local agencies to implement early warning systems that alert expectant mothers residing in the path of a natural disaster to the increased risk to their pregnancy.

“It is our hope that this research will help inform disaster response programs about how best to mobilize medical and mental health care services to reach expectant mothers after catastrophic events,” Breunig says.

Journal of Epidemiology and Community Health