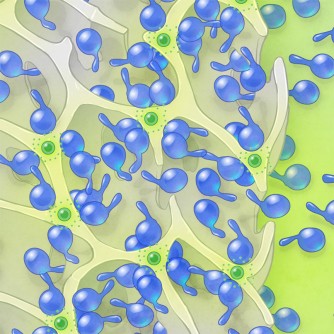 A diagram of a scaffold loaded with CAR T cells and “microspheres” containing nutrients to help the cells multiply and then leave the scaffold to go attack cancer cells. 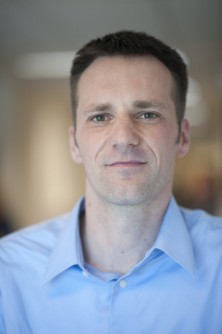 Newswise — SEATTLE – Cellular therapy hasn’t had much success in fighting solid tumors, partly because it’s been difficult to deliver anti-cancer T cells to the tumors.

A strategy developed by researchers at Fred Hutchinson Cancer Research Center could help. The team equipped a synthetic scaffold loaded with cancer-fighting T cells and a mix of nutrients to keep the cells healthy and primed to attack cancer.

The study, to be published April 24 in The Journal of Clinical Investigation, revealed that the scaffold loaded with T cells shrank tumors in mouse models of pancreatic cancer and melanoma more effectively than T cells that were delivered via injection.

“The key to our scaffold is that it’s not just a structure,” said Fred Hutch’s Dr. Matthias Stephan, the study’s senior author and an expert in developing biomaterials. “The components we’ve engineered into these scaffolds include an optimal mix of stimulating factors and other ingredients that allow the T cells to survive and proliferate and to maintain a sustained fight against cancerous cells.”

In the study, the researchers equipped the scaffold with chimeric antigen receptor, or CAR T cells, which are engineered in the lab to seek out proteins that are specific to cancerous cells and then destroy the cells.

T cells are finicky. You can’t just inject them into a tumor and have them go to work. They will die within a couple of days if they aren’t in an environment equipped with the right mix of nutrients and ways to eliminate waste. Plus, tumors release self-defense chemicals that stop T cells from working.

Stephan and his team have designed a homey environment to outwit those obstacles.

The sticky, spongey, dissolvable biopolymer scaffold consists of tiny pores and can be made into just about any size or shape. With collaborators at the Massachusetts Institute of Technology and University of Washington, Stephan and his Fred Hutch team loaded the scaffold with CAR-T cells and proteins to keep the T cells healthy, enable them to rapidly grow and quickly attack the tumor. The mix also included a substance known as STING agonist, which ramps up the immune response to go after nearby cancer cells that aren’t recognized by CAR-T cells.

When placed on the tumors of mice, the scaffolds sway the tumor milieu from suppressive to permissive and effectively control disease progression in the majority of treated animals, Stephan said.

The technology is a long way from being ready for patients. The next step is for it to go through clinical trials, and Stephan is looking for an industry collaborator to develop and commercialize the technology. Then it would need to go through Food and Drug Administration approval.

But if it succeeds in those steps, Stephan envisions that genetic profiling of a patient’s tumor tissue would reveal the protein makeup of the tumor. Then, a scaffold would be created from a mix of T cells and other ingredients designed to target the variety of tumor proteins in the patient’s particular tumor. The scaffold itself would dissolve after about a week, so it would not need to be removed in another surgical procedure.

Since CAR-T cells are engineered to divide and grow to keep the anti-cancer fight going, it’s possible that patients wouldn’t need much more treatment after the scaffold is implanted.

“It’s like lighting a spark at the site of the tumor,” Stephan said. By putting CAR-T cells on the tumor, they create that initial flicker and grow and attack tumor right away. Then the immune boost provided by the other substances in the scaffold adds fuel to the growing fire. This second wave of fighting against the tumor develops slower than the initial spark, but it maintains the blaze.

Similar scaffolds made of biomaterials are in use for delivering regenerative drugs to repair body tissues such as bones and cartilage. Surgeons place the scaffolds at the injury site and the drugs diffuse out to make the repairs.

Researchers have attempted to design scaffolds to contain immunotherapeutic agents that fight tumors locally, which would save patients from the widespread and toxic effects of chemotherapy.

“It’s a surgeon’s tool,” Stephan said. He sees additional uses for the scaffolding technology:- Palliative care for patients who don’t qualify for or don’t want surgery, but would benefit from shrinking their tumor;- Shrinking a large tumor so that surgeons could then remove it; and- After an operation to remove a tumor, inserting the scaffold to mop up any remaining cancerous cells and reduce the chance of cancer recurrence. 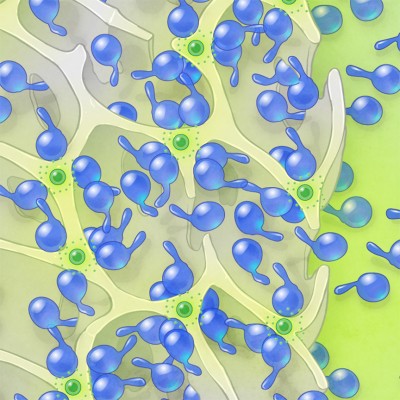 Caption: A diagram of a scaffold loaded with CAR T cells and “microspheres” containing nutrients to help the cells multiply and then leave the scaffold to go attack cancer cells. 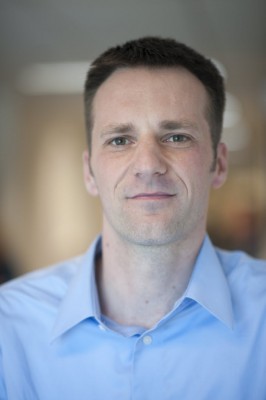