Improving treatment for psychogenic seizures: “This is a group of patients that we are taking less seriously” 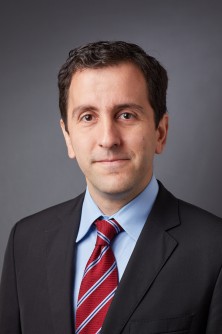 Newswise — Early in Ben Tolchin’s neurology residency at Columbia University Medical Center in New York, a young woman was admitted to the epilepsy monitoring unit. Her stay was prolonged and complex; ultimately, she was diagnosed with psychogenic non-epileptic seizures (PNES). Tolchin found a psychotherapist who agreed to provide treatment, and the woman was discharged with a plan.

“It seemed like a big accomplishment, like we’d done this incredible thing,” Tolchin said. Until months later when he saw the woman again—this time in the medical intensive care unit. She had been aggressively—and improperly—treated for prolonged seizures (status epilepticus) at another hospital. She was now battling ventilator-associated pneumonia. The woman had never started treatment with the psychotherapist.

“All the unnecessary harm that was done—it made an impression on me,” he said. “PNES causes real morbidity; it affects quality of life, it causes disability, and there are iatrogenic complications.”

The standard algorithm for diagnosis and treatment didn’t work, at least in this young woman’s case. And as Tolchin saw more cases of PNES, he discovered that she was more the rule than the exception.

“I had the experience again and again, that the standard of care was not providing these people with what they need,” he said.

Closing the gap between diagnosis and treatment

Tolchin began researching non-adherence in people with PNES. He learned that 60% drop out of psychotherapy within 16 weeks, and about 85% drop out within a year and a half. He also learned that people who stick with treatment have fewer seizures, better quality of life, and less use of emergency services.

Tolchin designed a study using motivational interviewing (MI) as an intervention to improve treatment adherence in people with PNES. MI is a counseling style that focuses on eliciting the patient’s own motivations and reasons for behavior change. Originally developed for substance use disorders, MI has been shown effective for improving adherence with multiple types of medical interventions. Tolchin’s study was one of the first to use MI to improve adherence with a psychotherapeutic intervention, and the first to test the technique for psychogenic seizures.

“The more conventional, didactic technique is that you tell the patient they have to go to therapy because it will help them,” Tolchin said. “With MI, you help them identify what’s problematic in their life and how they might be able to overcome those problems.”

The idea is to make treatment initiation and adherence into the patient’s decision, not the physician’s.

Sixty people with PNES were included in the study. All were referred to psychotherapy, and 30 were randomized to also receive a half-hour of MI counseling before any psychotherapy was provided.

After 16 weeks, 65% of those receiving MI were adherent to psychotherapy, compared with 31% of controls. The MI group also had significantly fewer seizures and better quality of life. About 31% of the MI group became seizure free, compared with about 11% of controls, but because of the relatively small sample size, the difference did not reach statistical significance (p=0.095).

Tolchin was trained in MI and conducted all the sessions. He suggested that neurologists, nurses, social workers, and other health care professionals could be trained in the technique and use it not only for people with PNES, but also those with epilepsy.

“Using MI as a tool for medication adherence, psychotherapy, or any other treatment is reasonable,” Tolchin said. “It can provide significant benefit, and it’s a low-cost investment.”

“There is a growing awareness”

Now assistant professor of neurology at Yale School of Medicine, Tolchin is designing an app that uses MI and cognitive behavioral therapy techniques to help people with PNES. “We’d like to use it as a bridge to in-person, one-on-one psychotherapy,” he said. “But many patients aren’t able to find a psychotherapist experienced with PNES, or if they can, they may have to wait months for an appointment.”

With an undergraduate background in philosophy and ethics, Tolchin views the treatment of patients with PNES and other functional neurological disorders as an ethical issue. “There is a significant amount of bias and stigma,” he said. “People are treated as if they’re not really suffering, as if they’re faking, rather than dealing with a truly debilitating disorder. It’s an ethical problem in that there is a group of patients we are taking less seriously and treating with less compassion and concern, merely because of the etiology of their condition.”

However, he has seen positive changes even in the past decade. “There’s a growing awareness among neurologists, epileptologists, emergency-room physicians, that these are serious disorders and that effective treatment is available,” Tolchin said. “To see patients who maybe 10 years ago would not have received treatment and now are getting it—that’s a gratifying thing.”

About the ILAE Journal Prizes

Each year, the ILAE awards one Basic Science and one Clinical Science Prize to the first authors of original research articles published in Epilepsia which, in the opinion of the Awards Committee, have contributed the most significant advances to knowledge and understanding in the field of epilepsy.

The prize is intended to stimulate excellence in epilepsy research and reward young researchers for outstanding contributions to the field.

Watch the 2020 Journal Prize Symposium on YouTube, including a talk by Dr. Tolchin about his research.