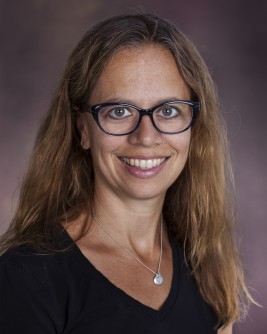 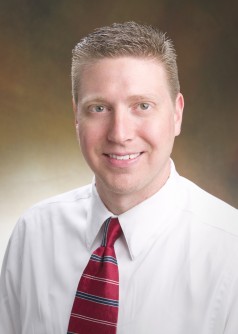 Newswise — Philadelphia, Sept. 13, 2017 – An electronic alert system helps clinicians quickly do a bedside assessment to identify children with severe sepsis in an emergency department. Researchers from Children’s Hospital of Philadelphia (CHOP) report on their efforts to rapidly recognize this life-threatening condition.

Resulting from an infection that causes a systemic inflammatory response throughout the bloodstream and vital organs, sepsis can progress rapidly in severity. Among children, it is a leading cause of death worldwide in intensive care units. However, it is not always immediately apparent.

“Early and accurate recognition of pediatric sepsis is challenging because many children present initially without overt signs of shock,” said lead author Fran Balamuth, MD, PhD, an emergency medicine physician at CHOP. “Identifying the rare child with severe sepsis or septic shock from among many non-sepsis patients with fever and rapid heart rate who present to a pediatric emergency department is truly akin to finding the proverbial needle in a haystack.”

Balamuth and colleagues published their quality improvement study June 2, 2017 in the Annals of Emergency Medicine.

They reported on a two-step sepsis trigger tool: an electronic alert combined with a “sepsis huddle,” in which in which a pediatric emergency medicine physician and nurse evaluate the child at the bedside. This single-center quality improvement study helped to form the foundation for CHOP’s new multidisciplinary Pediatric Sepsis Program, which is launching this fall under the co-directorship of Dr. Balamuth and her critical care colleagues Dr. Scott Weiss and Dr. Julie Fitzgerald.

In the mid-1900s, more than 90 percent of patients who developed sepsis died. With better attention to antibiotics and resuscitative therapies, such as intravenous fluids, medications to increase blood pressure, and oxygen, most patients who develop sepsis now survive. However, by national estimates, mortality among children with sepsis remains about 10 percent.

Medical problems may persist among pediatric survivors of sepsis. “We are learning that many survivors go on to have longer term problems with attention, school work, and physical activity, as well as having a higher risk of recurrent infections,” said co-author Scott L. Weiss, MD, a critical care medicine physician at CHOP.

In 2011, CHOP providers in the Emergency Department and Pediatric Intensive Care Unit began an organized effort to improve recognition and care of children with sepsis through both research and quality improvement efforts at CHOP. These efforts have spread throughout the hospital. This fall, CHOP is launching its multidisciplinary Pediatric Sepsis Program. This program, supported by the CHOP Department of Pediatrics Chair’s initiative, will support ongoing efforts in sepsis research, clinical care, and quality improvement. In addition, the program will allow us to expand our expertise to new areas, including screening for sepsis in our satellite EDs and developing follow-up programs for sepsis survivors.

September 13 has been designated World Sepsis Day. The launch of CHOP’s Pediatric Sepsis Program, which is to our knowledge the first comprehensive center focused on pediatric sepsis in the United States, is the perfect way to acknowledge CHOP’s ongoing commitment to improve sepsis care for children. “Unfortunately, much remains unknown: the best method to detect sepsis early in its course, much of what causes sepsis, and effective therapies to reverse the effects of sepsis on our body’s organ systems,” added Weiss.