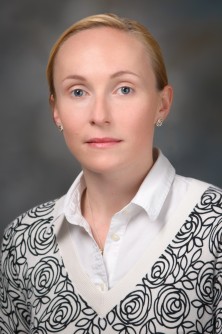 Newswise — HOUSTON ― Genetic manipulation of exosomes, virus-sized particles released by all cells, may offer a new therapeutic approach to treating pancreatic cancer, according to a study at The University of Texas MD Anderson Cancer Center.

In the study, exosomes, which are generated by all cells and are naturally present in blood, were modified as “iExosomes,” capable of delivering small RNA to specifically target mutant KRAS, resulting in disease suppression and increased overall survival in mouse models. The investigators utilized a targeting method called RNA interference (RNAi) which, when delivered via these natural nanoparticles or exosomes, zero in on mutant KRAS in pancreas cancer cells, impacting tumor burden and survival in multiple pancreas cancer models. The team showed that exosomes could serve as an efficient carrier of RNAi, given that these nano-sized vesicles easily travel across the body and enter cells, including cancer cells.

When mutated, KRAS acts as a molecular on-off switch that gets stuck in an “on” position. It is mutated in 80 to 95 percent of pancreatic ductal adenocarcinomas (PDAC), the most frequent mutation in this cancer. The study demonstrated that iExosomes were able to deliver KRAS-specific targeting genetic material called siRNA and shRNA, and were more efficient than their synthetic counterpart, iLiposomes, which do not present with the natural complexities and advantages that exosomes display.

“Our studies suggest that exosomes exhibit a superior ability to deliver siRNA molecules and suppress aggressive pancreatic tumor growth when compared to liposomes,” said LeBleu. “We also demonstrated that the presence of CD47 on exosomes’ allows for evasion from phagocytosis by the circulating monocytes.”

CD47 is a protein involved in many cellular processes, including cell death, growth and migration. Phagocytosis is a process by which white blood cells called macrophages digest cellular debris and foreign bodies and particles. Monocytes are the largest kind of white blood cell important to the immune system.

“CD47 basically initiates a ‘don’t eat me’ signal that inhibits phagocytosis,” said Kamerkar. “We identified how CD47 contributes to suppressing exosomes clearance from circulation, and enhancing their delivery to pancreatic cancer cells.”

Despite current standard of care, the prognosis for patients with PDAC is poor and effective new therapies are needed. PDAC genetic analyses show that KRAS mutations are encountered in a majority of patients and play a significant role in cancer initiation, progression and metastasis. Dampening oncogenic KRAS using genetic manipulation in mice inhibited tumor progression despite the presence of other genetic defects. Until this study, a direct and specific targeting of KRAS has been elusive.

The team also showed that the cellular process macropinocytosis, which participates in cell scavenging nutrients and vesicles, contributes to exosomes uptake in cancer cells with mutant KRAS.

“The increased number of exosomes reaching the pancreas may gain further advantage to enter KRAS-associated cancer cells as a result of enhanced macropinocytosis, which concurs with previous findings,” said Kamerkar. “Our results also support an efficient uptake of iExosomes despite the dense stroma in pancreatic tumors. Further study is needed to gain a better understanding about whether exosomes entering cells via macropinocytosis have other features that could enhance their anti-tumor capabilities.”

Disclosures: MD Anderson and Kalluri hold patents in the area of exosome biology and are licensed to Codiak Biosciences, Inc., for which both are stock equity holders. Kalluri receives research support from Codiak and is a member of its board of directors, while LeBleu served for one day in 2016 as a paid Codiak consultant.