Is Akkermansia the Next Hot Probiotic?

A CSU Northridge microbial ecologist and his students are investigating a gut bacteria that may affect weight gain and obesity. 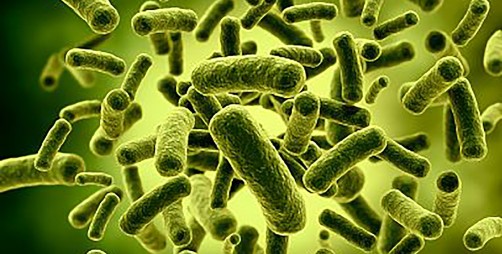 ​Trillions of microbes, most of which are good for your health, live in your body. These microbial communities and their genes are collectively are known as the microbiome. One bacterium, Akkermansia muciniphila, is being studied by CSUN microbial ecologist Dr. Gilberto Flores, who calls Akkermansia a hot area of research right now.

Newswise — Few outside of the microbiology community have heard of the bacterium Akkermansia muciniphila. That might change, however, thanks to the work of Gilberto Flores, Ph.D., a microbial ecologist at California State University, Northridge. He has received a three-year, $435,000 grant from the National Institutes of Health to investigate the health-promoting benefits of this intriguing species of gut bacteria.

Akkermansia, as it's known for short, is a genus of gut bacteria that's associated with a number of good health outcomes, which means it's potentially a type of probiotic bacteria.

"One of the hottest topics in gut microbiome research right now is this particular bacteria," Dr. Flores says. "In one recent study, people who had cancer and responded more favorably to biologic treatments, which recruit your immune system to fight the cancer, had a higher abundance of Akkermansia than people who did not respond as well.

"Whether there's a cause and effect has not yet been established. There's a lot of intriguing speculation about this organism but it's from a lineage that is vastly understudied. My motivation in applying for the grant was, we need to find out more about the basic biology of the Akkermansia lineage in order to understand the potential benefits."

Flores and his team of graduate and undergraduate students at CSU Northridge are collecting fecal samples from healthy adults. Now they're trying to grow new Akkermansia species and then they'll move on to sequencing their genomes to see how they compare to the original species. Since this is an organism that cannot tolerate oxygen, they've had to develop new ways to grow Akkermansia. "It's a lot harder than growing, say, E. coli," Flores says.

What they already know about Akkermansia is that it has unique dietary habits. "Most of the microbes in our gut eat what we eat," explains Flores. "If I ate a cheeseburger, they're going to eat whatever starches and proteins make it past my digestive enzymes. Akkermansia, on the other hand, use the mucus layers that line our intestines as its primary energy source. So it's not eating what we eat, it's eating what we produce."

Coming to a Drugstore Near You?

The ultimate question Flores is investigating is whether the health benefits of Akkermansia are real and robust, or just byproducts of other biological processes.

If Akkermansia does turn out to be the real thing, you might one day see it bottled on your drugstore shelf as a probiotics supplement or packaged as the newest superfood ingredient to add to your smoothie or overnight oats.

Flores, though, will leave that to others to figure out; his interest is pure science: "There are 500 to 1,000 different bacterial species in our large intestine," he says. "What we want to know is how do they interact which each other to impact our overall health?"