It’s Not About Self-driving Cars, It’s About More People in Fewer Vehicles 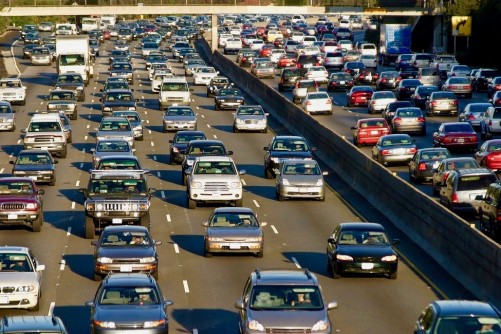 This year alone, there are about 276 million vehicles operating on roads throughout the United States. 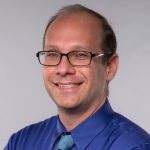 Louis A. Merlin, Ph.D., author and an assistant professor in the School of Urban and Regional Planning within FAU’s College for Design and Social Inquiry.

Newswise — This year alone, there are about 276 million vehicles operating on roads throughout the United States. Despite the current fascination with the concept of self-driving cars and their potential to reduce traffic congestion, a researcher at Florida Atlantic University says that may not be a solution. It now appears that pooled-ride services like car-pooling, public transit, ride-splitting and vanpooling are much more important than automation for sustainability and reducing traffic congestion. The idea is simple: put more people in fewer vehicles.

A paper published in the Journal of the American Planning Association, finds that simulation research into automated vehicle ride-hailing systems indicates greater ride pooling may be the key to major improvements in transportation sustainability. Though the results of such simulations are widely varying, the common and surprising finding is that pooled-ride mobility systems could offer substantial benefits if they are able to attain sufficient market share. Moreover, these systems do not require self-driving vehicles but simply centralized fleet coordination, which is achievable with today’s technologies.

“Pooled-ride services will help to address some of the transportation system’s most intractable issues and offer affordable flexibility to those who do not own a vehicle or cannot drive, while reducing congestion at the same time,” said Louis A. Merlin, Ph.D., author and an assistant professor in the School of Urban and Regional Planning within FAU’s College for Design and Social Inquiry. “The key to successful pooled-ride services is to manage a large number of travel requests centrally, which results in fewer vehicles as well as reduced vehicle miles, travel costs, environmental impacts and congestion.”

Mathematical simulation research shows that the potential for two-passenger ride pooling is close to 100 percent of trips in most cities as long as the trip demand density is at least 6.5 trips per hour per square kilometer.

“Sharing rides reduces travel costs for obvious reasons like splitting the cost across two or more parties,” said Merlin. “But it goes beyond just those cost savings. When a passenger agrees to a pooled ride, it allows the transportation service provider to economize by using a smaller fleet, substantially reducing capital costs.”

Pooled-ride services also may reduce environmental impacts. The central efficiency measure of any transportation system is energy use per passenger mile. Public buses are on average about 41 percent more fuel efficient than private vehicles, which have a low average passenger occupancy of just 1.15. A pooled ride-hailing service with a fuel-efficient vehicle and an average occupancy of two passengers offers an energy efficiency improvement of 66.5 percent over traditional private vehicles, which is even better than the average bus. Even modest levels of ride-pooling can result in significant energy savings. Increasing vehicle occupancy, especially during peak times, also can significantly reduce congestion.

Implementing pooled-ride services does not require any major technological breakthroughs and the information technologies needed to coordinate the pooling of rides in real-time (or scheduled in advance) already exist. Pooled-ride services could be integrated with public transit using human drivers and with existing technologies. However, due to strong economies of scale, pooled-ride services require a significant level of market penetration in a concentrated area before realizing substantial sustainability benefits.

“The idea of ride-sharing is a complex social issue involving concerns such as safety, privacy and convenience,” said Merlin. “The willingness of people to pool rides depends upon establishing norms of behavior and developing systems that enable people to feel safe and comfortable.”

Merlin concludes that pooled-ride systems with a human driver or chaperone could mitigate some of the safety concerns over shared rides. Further investigation is necessary to understand the social barriers to pooled rides and how they might be overcome, including solutions related to information technology, vehicle design and establishing behavioral norms in pooled ride systems.

Journal of the American Planning Association