IU Olympics Expert: Other Pursuits of 'Gold' During the Rio Olympics 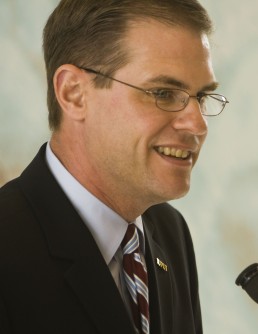 Jay Gladden, dean of the School of Physical Education and Tourism Management at IUPUI and founding executive director of the Sports Innovation Institute, will be watching the pursuit of gold at the 2016 Olympics in Rio. And this gold doesn't come in the form of a medal that is hung around a winning athlete's neck.

An expert in sports branding and sport marketing, Gladden will be keeping an eye on efforts by Olympic athletes, along with their agents, to capitalize on their successes. Gladden also will be watching the actions of corporate sponsors, along with their partners, whether those partners are a team or a country, in the digital arena.

“Brands have invested heavily in social media programs tied to Rio 2016. Competition to engage consumers will be even more fierce in 2016 as restrictions around advertising through individual athletes have been reduced,” Gladden said. “All official Olympic sponsors will have some form of digital/social media activation strategy linked to Rio 2016. The degree to which these programs are successful may hinge on the success of individual athletes involved in campaigns."