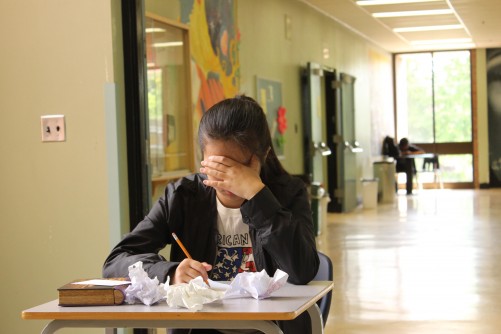 Study participants reported more stress before an exam at their "peak" hours based upon circadian rhythm. 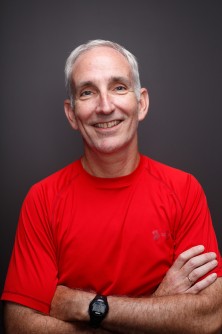 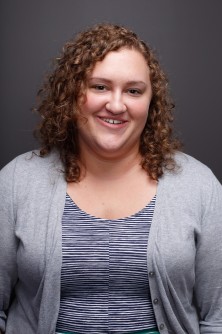 Newswise — BLOOMINGTON, Ind. -- A study by psychological researchers at Indiana University shows that people are more likely to undermine their performance at stressful tasks when they're operating at "peak capacity" based on their preferred time of the day.

The seemingly counterintuitive results, recently reported in the Journal of Experimental Social Psychology, are based on an investigation into the connection between people's circadian rhythm and risk of "self-handicapping," or self-sabotage. But rather than trying to protect against possible failure more at "off-peak" times, the study found, people actually engage in this behavior more at their peak times.

Self-handicapping is defined by psychologists as when an individual seeks to protect their ego against potential failure in advance by creating circumstances -- real or imagined -- that harm their ability to carry out a stressful task. A classic example is failing to study or staying out too late the night before an important test or job interview.

The behavior also extends to mere claims of debilitating circumstances, such as imagined illness, fatigue or stress. Other studies have linked self-handicapping to other self-destructive behaviors, such as aggression, overeating and drug or alcohol addiction.

The study also found that people chronically prone to making excuses reported the same stress levels at "off-peak" hours as peers who do not engage in this behavior. Only at peak hours did these individuals report higher levels of stress as an excuse for poor performance.

"What this study tells us is that self-handicapping requires thought and planning," said Ed Hirt, professor in the IU Bloomington College of Arts and Sciences' Department of Psychological and Brain Sciences and an author on the study. "People who are feeling uncertain about themselves and start to fear that they might fail are more likely to identify potential excuses and self-handicap when they’re at their peak than when they're not."

"When an individual's positive self-views are threatened, they may lash out against the source of the threat, compare themselves to others worse off than themselves, or engage in self-destructive actions, such as substance abuse," added Julie Eyink, a graduate student in Hirt's lab and lead author on the study. "Unfortunately, it's not uncommon to get caught in a negative spiral, in which self-handicapping leads to lower self-esteem and higher failure beliefs, which prompt more self-handicapping."

The volunteers had been previously categorized as "night people" or "morning people" based upon a survey shown to accurately predict circadian rhythm. Study participants were also assessed before the exam for their tendency to self-sabotage through questions about their stress levels.

The tests were given two weeks after the morning or night preference assessments, and participants were unaware that circadian rhythm would be a factor in the study. The individuals who administered the tests were unaware who had been labeled "morning people" or "night owls."

The results were that people who scored higher in terms of risk for self-sabotage reported greater stress levels at hours of peak performance.

A high or low tendency to self-sabotage did not make a difference at off-peak hours, however. Both groups reported the same stress levels at these times.

"The results seem counterintuitive, but what they really show is clear evidence that self-handicapping is a resource-demanding strategy," Eyink said. "Only people who had their peak cognitive resources were able to engage in self-handicapping."

Based solely on the study, she said, people who want to avoid self-sabotage might conclude that they should engage in stressful tasks at off-peak times. But she also warns that such a strategy would require carrying out tasks at a time when a person lacks all the cognitive tools required to achieve top performance.

"Ultimately," she said, "I would advise that working to avoid self-handicapping -- through actions such as healthful practices, seeking help or counseling -- is the best strategy."

Other authors on the paper were Eric Galante and Kristin S. Hendrix, an undergraduate student and Ph.D. student at IU Bloomington, respectively, at the time of the study.

This study was supported in part by the National Science Foundation.