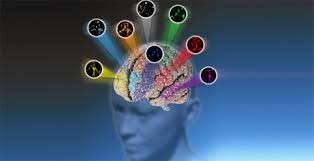 Researchers at Columbia University developed a technique based on Raman Spectroscopy that will allow imaging of up to 24 biomolecular structures at a time and facilitate the study of complex biological processes.

Left: Graph showing the dye colors and how they are each at distinct wavelengths. Right: Dyes were used to label different molecules in cancer cells and imaged using Stimulated Raman Scattering microscopy.

Researchers at Columbia University developed a technique based on Raman Spectroscopy that will allow imaging of up to 24 biomolecular structures at a time and facilitate the study of complex biological processes.

Left: Graph showing the dye colors and how they are each at distinct wavelengths. Right: Dyes were used to label different molecules in cancer cells and imaged using Stimulated Raman Scattering microscopy.

Newswise — “Seeing is believing,” has been taken to heart by researchers as they strive to develop microscopes that will reveal biological structures and processes with increased clarity and detail.  Now, researchers funded by the National Institute of Biomedical Imaging and Bioengineering have developed a technique that uses the vibration of chemical bonds to produce specific colors that allow them to simultaneously observe, in cells and tissues, as many as 24 interacting molecules--each with a distinct color.

Until now, researchers have been limited to simultaneously observing five different tissue or cell components because there are five different colors of what are known as fluorophores—compounds that fluoresce when attached to a probe that binds to specific parts of tissues or cells and can be viewed with a fluorescence microscope.

“This has severely limited the ability to observe biological processes with more than five interacting components,” said Behrouz Shabestari, Ph.D., director of the NIBIB program in Optical Imaging and Spectroscopy, “making it impossible to observe complex systems such as molecular pathways that result in tumor formation or patterns of neuronal activation in the brain. The technology developed here has overcome this problem by combining sophisticated microscopy with the design and synthesis of a new class of color-emitting chemical compounds.”

The groundbreaking advance was engineered by experts in optical microscopy at Columbia University led by Wei Min, Ph. D., Professor of Chemistry. The work is reported in the April 19 issue of Nature.

Beefing up the Raman signal and adding color

The group modified a technique known as Raman spectroscopy, which detects chemical vibrations that are used to identify specific molecules. Essentially, when a laser hits the target to be identified, it causes shifts in the natural vibrations of its chemical structure. Raman spectroscopy measures the pattern of the vibration shifts, which results in accurate identification of the chemical structure of the target.

Dr. Min and his colleagues took advantage of the unique and specific Raman vibration signal generated by different molecules, which results in a sharp, distinct signal with very little background noise. However, they had to devise a way to make the signal stronger in order to create a system where the signal could be visualized.

The researchers used what is known as stimulated Raman microscopy, which dramatically increases the weak vibrational shifts created with standard Raman microscopy. Somewhat surprisingly, they found that the stimulated signal did not lose its sharpness and specificity.

Having successfully increased the signal to one with enough energy to be visualized, the group then synthesized a series of chemical dyes that produced a range of distinct colors when stimulated by the enhanced Raman vibrations.

Explains Wei, “We tested our enhanced system in brain tissue where the larger number of colors allowed us to light up many different structures in the tissue at the same time—each with a different color.”

The group used the system to examine normal and diseased brain tissue and found that there were different patterns of distribution of certain molecules in the diseased versus normal state. This was an encouraging result that indicates the potential use of this system to identify subtle structural differences in diseased tissues. Such differences could then guide potential targets for intervention with medications designed to correct the disordered pattern of interactions caused by disease.

The researchers explained that the initial studies in brain tissue acts as a proof-of -principle, or a demonstration that their system works. The group is extremely excited about the potential application of their new microscopic technique to studying the interaction of multiple components in complex diseases in tissues. Wei cited the potential use of the system for observing the interactions occurring in cancer cells. “The system may allow us to target specific structures in cancer cells more precisely and deliver potential drugs to abnormal structures without disturbing surrounding normal structures in a cell or tissue.”