New research suggests that global trends in farming practices are undermining the pollinators crops depend on and putting agricultural productivity and stability at risk, particularly in some Asian and South American nations 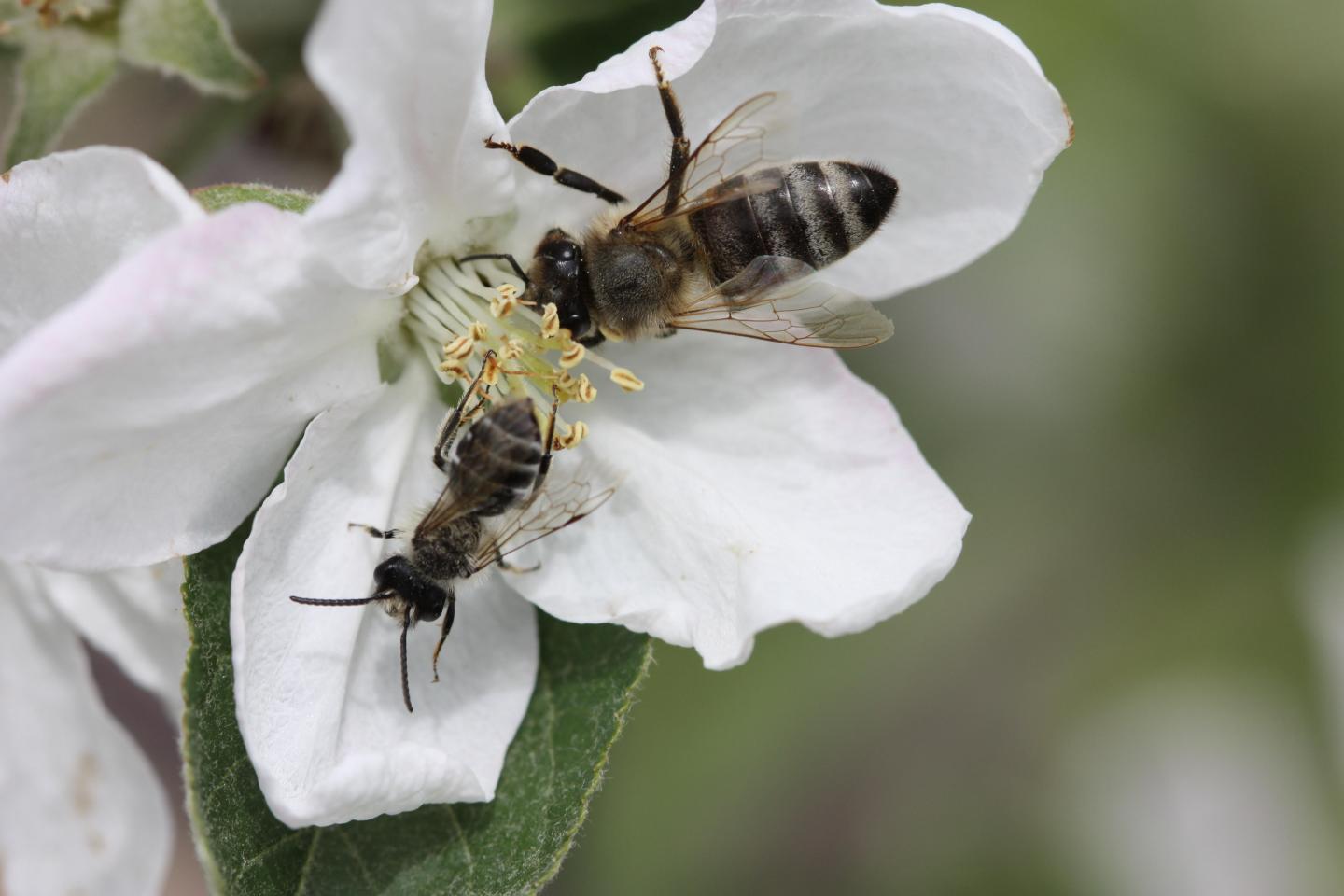 Newswise — A multinational team of researchers has identified countries where agriculture's increasing dependence on pollination, coupled with a lack of crop diversity, may threaten food security and economic stability. The study, which was published in the journal Global Change Biologyon July 11, 2019, is the first global assessment of the relationship between trends in crop diversity and agricultural dependence on pollinators.

Using annual data from the U.N. Food and Agriculture Organization from 1961 to 2016, the study showed that the global area cultivated in crops that require pollination by bees and other insects expanded by 137%, while crop diversity increased by just 20.5%. This imbalance is a problem, according to the researchers, because agriculture dominated by just one or two types of crops only provides nutrition for pollinators during a limited window when the crops are blooming. Maintaining agricultural diversity by cultivating a variety of crops that bloom at different times provides a more stable source of food and habitat for pollinators.

"This work should sound an alarm for policymakers who need to think about how they are going to protect and foster pollinator populations that can support the growing need for the services they provide to crops that require pollination," said David Inouye, professor emeritus of biology at the University of Maryland and a co-author of the research paper.

Globally, a large portion of the total agricultural expansion and increase in pollinator dependence between 1961 and 2016 resulted from increases in large-scale farming of soybean, canola and palm crops for oil. The researchers expressed concern over the increase in these crops because it indicates a rapid expansion of industrial farming, which is associated with environmentally damaging practices such as large monocultures and pesticide use that threaten pollinators and can undermine productivity.

Particularly vulnerable to potential agricultural instability are Brazil, Argentina, Paraguay and Bolivia, where expansion of pollinator-dependent soybean farms has driven deforestation and replaced rich biodiversity that supports healthy populations of pollinators with large-scale single-crop agriculture (monoculture). Malaysia and Indonesia face a similar scenario from the expansion of oil palm farming.

"Farmers are growing more crops that require pollination, such as fruits, nuts and oil seeds, because there's an increasing demand for them and they have a higher market value," Inouye said. "This study points out that these current trends are not great for pollinators, and countries that diversify their agricultural crops are going to benefit more than those that expand with only a limited subset of crops."

Although the study found that countries replacing forests and diverse, heterogeneous agricultural landscapes with extensive with pollinator-dependent monoculture are most vulnerable, other countries also face risks from growing dependence on pollinators.

In Europe, farmland is contracting as development replaces agriculture, but pollinator-dependent crops are replacing non-pollinator-dependent crops such as rice and wheat (which are wind pollinated). According to the study, increasing need for pollination services without parallel increases in diversity puts agricultural stability at risk in places like Australia, the United Kingdom, Germany, France, Austria, Denmark and Finland.

In the U.S., agricultural diversity has not kept pace with expansion of industrial-scale soybean farming.

"This work shows that you really need to look at this issue country by country and region by region to see what's happening because there are different underlying risks," Inouye said. "The bottom line is that if you're increasing pollinator crops, you also need to diversify crops and implement pollinator-friendly management."

Inouye said the researchers are hoping this work will spur policymakers and resource managers to reevaluate current trends and practices to introduce more pollinator-friendly management such as reducing insecticide use, planting edge rows and flower strips to provide nest sites and food for pollinators, and restoring seminatural and natural areas adjacent to crops.

This work was supported by National Fund for Research of Argentina (Award No. PICT 2015-2333); Iberoamerican Development Program of Science and Technology (Award No. P417RT0228); National Research Foundation of Korea (Award No. NRF-2018R1A6A1A03024862); National Research Foundation of South Africa; German Centre for integrative Biodiversity Research; Whitley Fund for Nature; National Geographic; Princeton University; and the Secretariat of the Intergovernmental Science-Policy Platform on Biodiversity and Ecosystem Services. The content of this article does not necessarily reflect the views of these organizations.

The College of Computer, Mathematical, and Natural Sciences at the University of Maryland educates more than 9,000 future scientific leaders in its undergraduate and graduate programs each year. The college's 10 departments and more than a dozen interdisciplinary research centers foster scientific discovery with annual sponsored research funding exceeding $175 million.