Newswise — Soot belches out of diesel engines, rises from wood-  and dung-burning cookstoves and shoots out of oil refinery stacks. According to recent research, air pollution, including soot, is linked to heart disease, some cancers and, in the United States, as many as 150,000 cases of diabetes every year.

Beyond its impact on health, soot, known as black carbon by atmospheric scientists, is a powerful global warming agent. It absorbs sunlight and traps heat in the atmosphere in magnitude second only to the notorious carbon dioxide. Recent commentaries in the journal Proceedings of the National Academy of Sciences called the absence of consensus on soot’s light absorption magnitude “one of the grand challenges in atmospheric climate science.”

Rajan Chakrabarty, assistant professor in the School of Engineering & Applied Science at Washington University in St. Louis, and William R. Heinson, a National Science Foundation postdoctoral fellow in Chakrabarty’s lab, took on that challenge and discovered something new about soot, or rather, a new law that describes its ability to absorb light: the law of light absorption. With it, scientists will be able to better understand soot’s role in climate change.

The research has been selected as an “Editors’ Suggestion” published online Nov. 19 in the prestigious journal Physical Review Letters.

Because of its ability to absorb sunlight and directly heat the surrounding air, climate scientists incorporate soot into their models — computational systems which try to replicate conditions of the real world — and then predict future warming trends. Scientists use real world observations to program their models.

But there hasn’t been a consensus on how to incorporate soot’s light absorption into these models. They treat it over-simplistically, using a sphere to represent a pure, black carbon aerosol.

“But nature is funny, it has its own ways to add complexity,” Chakrabarty said. “By mass, 80 percent of all black carbon you find is always mixed. It’s not perfect, like the models treat it.”

The particles are mixed, or coated, with organic aerosols that are co-emitted with soot from a combustion system. It turns out, black carbon absorbs more light when it is coated with these organic materials, but the magnitude of absorption enhancement varies non-linearly depending on how much coating is present.

Chakrabarty and Heinson wanted to figure out a universal relationship between the amount of coating and the ability of soot to absorb light.

First, they created simulated particles that looked just like those found in nature, with varying degrees of organic coating. Then, using techniques borrowed from Chakrabarty’s work with fractals, the team went through exacting calculations, measuring light absorption in particles bit-by-bit.

When they plotted the absorption magnitudes against the percentage of organic coating, the result was what mathematicians and scientists call a “universal power law.” This means that, as the amount of coating increases, soot’s light absorption goes up by a proportionately relative amount.

They then turned to work done by different research groups who measured ambient soot light absorption across the globe, from Houston to London to Beijing. Chakrabarty and Heinson again plotted absorption enhancements against the percentage of coating.

The result was a universal power law with the same one-third ratio as was found in their simulated experiments.

With so many differing values for light absorption enhancement in soot, Chakrabarty said that the climate modelers are confused.  “What on earth do we do? How do we account for the reality in our models?

“Now you have order in chaos and a law,” he said. “And now you can apply it in a computationally inexpensive manner.”

Their findings also point to the fact that warming due to black carbon could have been underestimated by climate models. Assuming spherical shape for these particles and not properly accounting for light absorption enhancement could result in significantly lower heating estimates.

“I am particularly excited about the mathematical elegance and extreme computational efficiency of the new parameterization,” he said, “which can be quite readily implemented in climate models once the companion parameterization for light scattering by coated black carbon particles is developed.”

“This paper strengthens the science and affirms the role of black carbon as a significant forcer of climate change,” said Mark Z. Jacobson, professor of civil and environmental engineering and director of the Atmosphere/Energy Program at Stanford University.

“This paper shows, with a combination of data and highly-detailed modeling, that not only are the strong climate effects previously found supported, but also that they may be even underestimated in some of the previous studies because many previous studies did not account for the actual shapes of black carbon particles and the resulting mixtures.”

The School of Engineering & Applied Science at Washington University in St. Louis focuses intellectual efforts through a new convergence paradigm and builds on strengths, particularly as applied to medicine and health, energy and environment, entrepreneurship and security. With 94 tenured/tenure-track and 28 additional full-time faculty, 1,300 undergraduate students, 1,200 graduate students and 20,000 alumni, we are working to leverage our partnerships with academic and industry partners — across disciplines and across the world — to contribute to solving the greatest global challenges of the 21st century.

This work was supported by the U.S. National Science Foundation (AGS-1455215, CBET-1511964, and AGS-PRF-1624814), and the National Aeronautics and Space Administration Radiation Sciences Program (NNX15AI66G). Funding for collecting data during the 2010 CARES field campaign in California was provided by the Atmospheric Radiation Measurement (ARM) Program sponsored by the US Department of Energy (DOE), Office of Biological and Environmental Research (OBER). 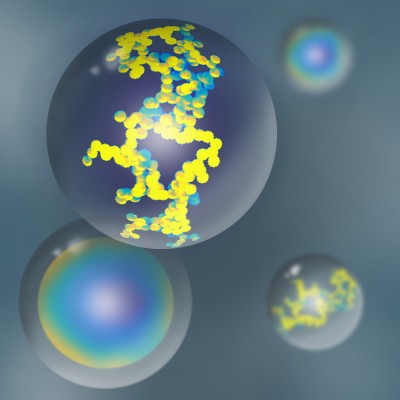 Caption: Soot particles remain suspended in the atmosphere as coated with organic matter. This coating results in non-linear enhancement of solar light absorption and subsequent heating of the surrounding air by these particles. 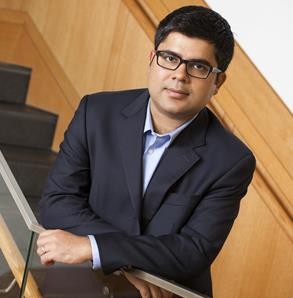