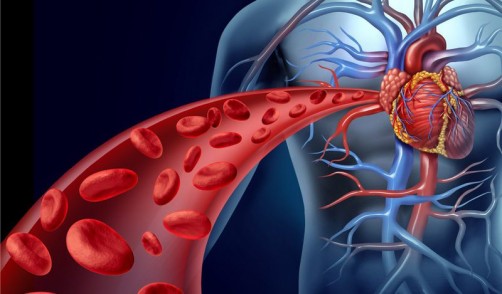 Newswise — COLUMBIA, Mo. (March 23, 2017) ― According to the Centers for Disease Control and Prevention, approximately 735,000 Americans experience a heart attack each year. Opening a blocked coronary artery to restore blood flow to the heart prevents sudden cardiac death. However, doing so also triggers cardiac damage through oxidative stress and inflammation, which eventually can lead to heart failure. In a new study, researchers at the University of Missouri School of Medicine have identified a protein that can be targeted to decrease post-heart attack injury and prevent heart failure in a mouse model.

“Heart attacks are one of the most common causes of death and disability worldwide,” said Chandrasekar Bysani, D.V.M., Ph.D., Margaret Proctor Mulligan Endowed Professor of Medicine at the MU School of Medicine and lead author of the study. “Treating a heart attack involves opening a blocked coronary artery. However, the natural inflammatory process that results from opening the blockage also causes short- and long-term damage to the heart. Currently, there are no treatments that address this issue. Our study found a way to minimize this inflammation by reducing levels of a protein called TRAF3IP2.”

“Ultrasound is a common diagnostic tool that uses sound waves to visualize an area inside the body,” said Bysani. “Recent developments in gene therapy use ultrasound technology in conjunction with very small bubbles filled with a therapeutic agent. These ‘microbubbles’ are administered intravenously and travel through the heart. Once inside the heart, ultrasound pulses break open the bubbles to deliver the therapeutic agent to affect the target protein. This process is known as ultrasound-targeted microbubble destruction.”

Immediately after having an arterial blockage opened, the mice that received the new gene therapy experienced a 72 percent decrease in heart damage compared to the control group.

“Our study verified that TRAF3IP2 is a critical protein responsible for controlling the damage caused by opening blocked coronary arteries,” Bysani said. “Additionally, we found that inhibiting this protein not only reduced immediate post-heart attack inflammation, but also resulted in long-term protection against heart failure.”

Bysani said the next step will be a pre-clinical trial to test Food and Drug Administration-approved microbubbles using the same technique. If similar results are achieved, a clinical trial involving humans would follow.

“Although our results are encouraging, this therapy will take years to develop and receive FDA approval for use in humans,” Bysani said. “Given the fact that the delivery system already is commonly used, its cost would not be prohibitive. I feel that this new therapy could become a new way to not only reduce post-heart attack damage, but also prevent heart failure in high-risk patients.”

The study, “Targeting TRAF3IP2 by Genetic and Interventional Approaches Inhibits Ischemia/Reperfusion-induced Myocardial Injury and Adverse Remodeling,” recently was published in The Journal of Biological Chemistry. Research reported in this publication was supported by the United States Department of Veterans Affairs Office of Research and Development-Biomedical Laboratory Research and Development (ORD-BLRD) Service Award I01-BX002255. The study also received support from the Intramural Research Program of the National Institutes of Health/NIAID. The researchers have no conflicts of interest to declare related to this study.