Protein in microenvironment plays a role in fueling cancer’s spread, a function that could potentially be blocked 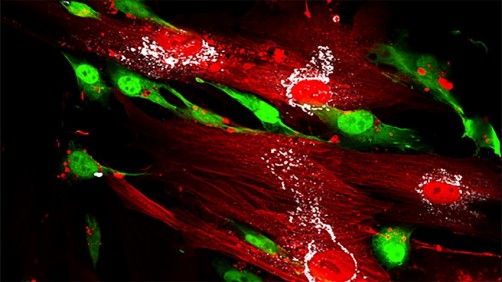 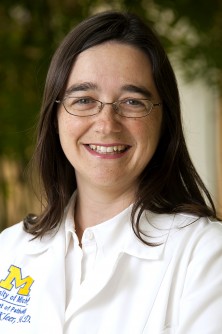 Newswise — ANN ARBOR, Michigan — To understand what makes breast cancer spread, researchers are looking at where it lives – not just its original home in the breast but its new home where it settles in other organs. What’s happening in that metastatic niche where migrated cancer cells are growing?

A new study from researchers at the University of Michigan Comprehensive Cancer Center identifies a protein in that microenvironment that promotes the spread of breast cancer cells. It’s part of a well-known family of receptors, tyrosine kinase receptors, which are implicated in many types of cancer and for which promising inhibitors are being developed.

“A role for the tumor microenvironment in metastasis is being unraveled,” says Celina Kleer, M.D., Harold A. Oberman Collegiate Professor of Pathology at Michigan Medicine. “If we can understand these mechanisms, we can find ways to inhibit them and prevent metastasis.”

Breast cancer spreads to distant sites in the body in about 20 percent of patients. Researchers hope that stopping this spread or neutralizing its impact once it does spread will improve survival.

In a study published in Cell Reports, Kleer and her colleagues took tissue samples from patients, directly from the metastatic breast cancer lesions, to study the cells surrounding the area where these migrated tumors had set up. There are a whole host of cells in the cancer microenvironment, including immune cells, vasculature and mesenchymal stem cells.

The researchers found in particular that activity in the mesenchymal stem cells – progenitor cells shown to nurture tumor growth – influenced metastasis. The team found DDR2, a collagen receptor tyrosine kinase, is like the Pied Piper: it paves the road, coaxing breast cancer cells to spread, and stimulates signaling to increase cancer cell growth.

They then studied mice in which DDR2 was deficient. Those mice formed fewer metastases and showed no signs of the orderly alignment of cells.

“We discovered that DDR2 mediates the communication between mesenchymal stem cells and cancer cells,” says Kleer, who is director of the Breast Pathology Program at the University of Michigan Comprehensive Cancer Center. “When we inhibit this receptor in the mesenchymal stem cells, it tricks the cancer cells. The cells do not align, they do not migrate and they do not metastasize efficiently. This suggests a possible therapeutic target.”

While an inhibitor of DDR2 is not available, inhibitors have been developed against other tyrosine kinases, such as HER2 and EGFR, suggesting that DDR2 is a well-suited target for drug development.

The researchers are continuing to study what happens when DDR2 is activated in breast cancer cells and how it promotes metastases.

“Our goal is to identify a way to interrupt breast cancer metastasis growth and invasiveness, either to prevent metastases from forming or to keep them at bay when they do develop. The microenvironment is a rich opportunity to better understand why cancer metastasizes and begin to attack that process,” Kleer says.