Findings could lead to new methods of malaria control 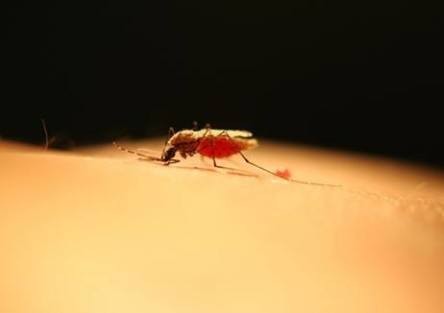 Newswise — Boston, MA ─ Sexual biology may be the key to uncovering why Anopheles mosquitoes are unique in their ability to transmit malaria to humans, according to researchers at Harvard T. H. Chan School of Public Health and University of Perugia, Italy. Through analysis of 16 Anopheles genomes, they found that these mosquitoes’ reproductive traits evolved along with their capacity to transmit the Plasmodium parasite that causes malaria. These findings may provide a new target for malaria control, particularly in regions hardest hit by the disease.

“Our study is the first to reveal the evolutionary dynamics between the sexes that are likely responsible for shaping the ability of Anopheles mosquitoes to transmit malaria to humans,” said senior author Flaminia Catteruccia, associate professor of immunology and infectious diseases at Harvard Chan School and University of Perugia.

The study was published online February 26, 2015 in Science.

Anopheles mosquitoes are the only mosquitoes capable of transmitting human malaria; however, the species within this genus vary widely in their ability to do so, for reasons that remain unknown. The researchers analyzed nine globally dispersed Anopheles species, enabling reconstruction of the evolutionary history of their reproductive traits and capacity to transmit malaria.

They found that two key male reproductive traits in Anopheles are acquired and evolved together over time: transferring ejaculate as a gelatinous rod-shaped structure called the mating plug, and the ability to synthesize a steroid hormone contained in that plug called 20-hydroxyecdysone (20E). The researchers also demonstrated that the evolution of these male traits drove reciprocal adaptations in females strongly linked to the mosquitos’ capacity to transmit malaria.

This study adds to previous findings from this research group showing that sexual transfer of 20E induces a series of dramatic changes in the female, fundamentally altering her physiology and behavior. These changes affect a female’s reproductive output, longevity and immune response to Plasmodium parasites, all key factors in malaria transmission. All four species of Anopheles mosquitoes that transfer large levels of 20E are major malaria vectors originating from Africa and India, the regions of highest malaria burden.

The findings may also be applicable to Dengue and West Nile virus, which are transmitted by the Aedes and Culex mosquitoes, respectively. In these species some aspects of reproductive biology are similar to Anopheles.

By identifying factors critical for increasing the ability of mosquitoes to transmit malaria, compounds developed to specifically target those factors could be incorporated into existing mosquito control technologies, boosting their overall effectiveness.