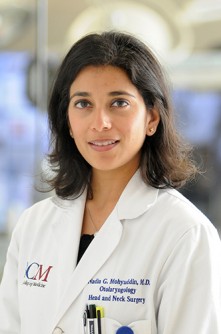 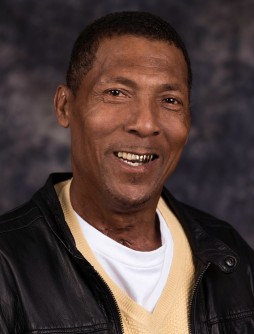 To their surprise, he did it all. During a physicians’ bedside consultation, a doctor handed Lindsey a paper tablet to write down responses to questions.

“What do you want to ask me?” he said to the group in a low raspy voice.

Lindsey had been bitten on the throat by a horse in May 2016. The 57-year-old survived his injuries by avoiding cuts by mere millimeters to his jugular vein and carotid artery—injury to either would’ve likely been fatal.

Dr. Nadia Mohyuddin, otolaryngologist, Ben Taub Hospital, and assistant professor, Bobby R. Alford Department of Otolaryngology, Head and Neck Surgery, Baylor College of Medicine, led the team of surgeons that operated on Lindsey’s neck. The team stitched into place a laryngeal stent to reconfigure his crushed larynx and fortify the voice box. Additionally, they used a stent to keep the delicate vocal cords from fusing with scar tissue, a naturally occurring function of the body to heal itself.

Fortunately, Lindsey’s esophagus was virtually undamaged. However, his ability to swallow and eat was still in question because the function of the epiglottis, the flap that protects the airway during passage of food and liquids to the stomach, was not yet known.

“When he had the stent in place, we knew he wasn’t going to talk,” Mohyuddin says. “We knew that because we were preventing his vocal cords from vibrating or coming together.”

However, before the team could worry about his voice, they were concerned with Lindsey’s breathing and how scarring of his airway might interfere with this function or make him need a tracheostomy for the rest of his life.

Lindsey never doubted he would recover or speak again. During his alone time in the hospital, he would cover the opening of his tracheotomy to force his voice. He did so to the amazement of doctors and nurses. In all, he remained in the hospital 28 days and had three major neck surgeries over the course of three months.

“Clearly, he was surprising us all along the way and he was doing it in such a speedy time period,” Mohyuddin says. “From the time of injury to his final surgery, it’s been a night and day difference between what we thought his outcome would be and now he actually healed.”

Aside from the expertise of the Ben Taub Hospital team, Mohyuddin credits Lindsey’s recovery with his overall good health. He didn’t smoke or drink and was active because of his work with horses and the outdoors.

“As a physician, you sometimes have good days and bad days, but when you see a patient who has such an amazing outcome, that’s what makes it all worth it and what really keeps me going,” she says. “Seeing his level of appreciation for his new life, he kind of got a second chance at life. You see his zest for life and zest for wanting to make the best of it.”

Lindsey still visits the hospital every three or six months for checkups. He’s also warned to be leery of colds or upper respiratory infections because of their potential effects on his breathing. They could trigger swelling in the windpipe that could make it difficult or affect his voice.

While he still bears the scars of the bite on his neck, he harbors no ill will toward horses or the horse that bit him. “I was just at the wrong place at the wrong time,” he says.