Newswise — October 23, 2019 – In the semi-arid tropics of Asia and Africa, conditions can be difficult for crops. Plants need to have short growing seasons, survive on poor soils and tolerate environmental stresses.

Close to 97% of millets grown worldwide are produced in developing countries. Millets are a diverse group of cereal crops. Importantly, they generally have high nutritional content.

“However, millets have been largely overlooked by modern genetics research,” says Matthew Johnson, a researcher at the University of Georgia. In a new study, Johnson, along with colleagues in India, have generated some of the first genetic resources for three different varieties of millets.

As genetic resources are created for less-studied crops, researchers can better leverage the genetic diversity within the crop family. This can lead to the development of new varieties of crops. “Our results will give researchers tools to develop better millet varieties for farmers,” says Johnson.

Most farmers who grow millets are smallholders (farming less than 5 acres). Millets are crucial for their livelihood. That’s because they can grow on marginal lands and need less water than most crops.

“Millets also grow much quicker than most other major crops,” says Johnson. That’s important because farmers can plant millets if weather or natural disasters cause initial plantings to fail. “So, with millets, the farmers can at least get some harvest,” he says.

Johnson’s team sequenced and analyzed DNA from three species of millets – kodo, little and proso. “These are three crops that have had relatively few resources developed for them,” Johnson explains.

The plant source materials were obtained from the International Crops Research Institute for the Semi-Arid Tropics in India. The researchers’ goal was to better understand the genetic diversity within and between each variety of millet. “Understanding this diversity is an important step in developing better varieties of the crop,” says Johnson.

They uncovered tiny differences in the DNA sequences of the various plants. These genetic differences may ultimately be connected to characteristics, such as drought tolerance and growth rate.

“Genetics and field testing go hand-in-hand,” says Johnson. Growing different kinds of millets can provide information about yield and flowering time, among other characteristics. “We need to pair these results with knowledge of the genetic relatedness of the millet plants,” he says.

The existing classifications were done based on physical characteristics. But it turns out those may not be accurate reflections of close genetic relationships.

“Think of it as trying to classify genetic relationships among humans by hair color,” he says. “Hair color is genetically controlled. Everyone with blonde hair, for example, has some genetic relatedness.”

“But there is so much more than just hair color that determines who we are related to genetically,” says Johnson. “Sometimes siblings can have a different hair color. However, they will be more closely related to each other than to a stranger who happens to have the same hair color.”

Uncovering the underlying genetics, as in this study, can help plant breeders develop millet varieties with desired physical characteristics. “Millets are a great crop,” says Johnson. “I believe they can diversify our diet and contribute to food sources and security as our climate continues to change.”

Read more about this work in The Plant Genome. This research was supported in part by the International Crops Research Institute for the Semi-Arid Tropics and the University of Georgia. 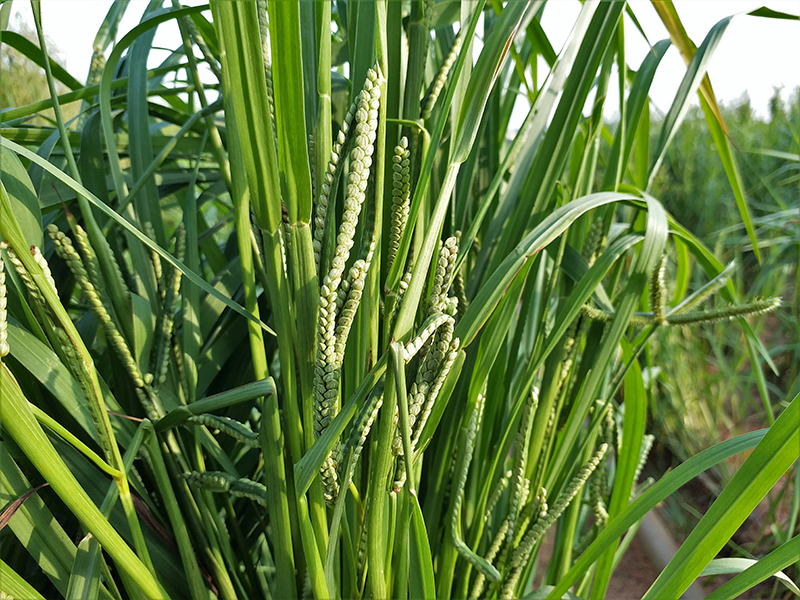 Caption: Kodo millet growing in India. Kodo millet is an orphaned crop that can produce food in hot, dry environments. 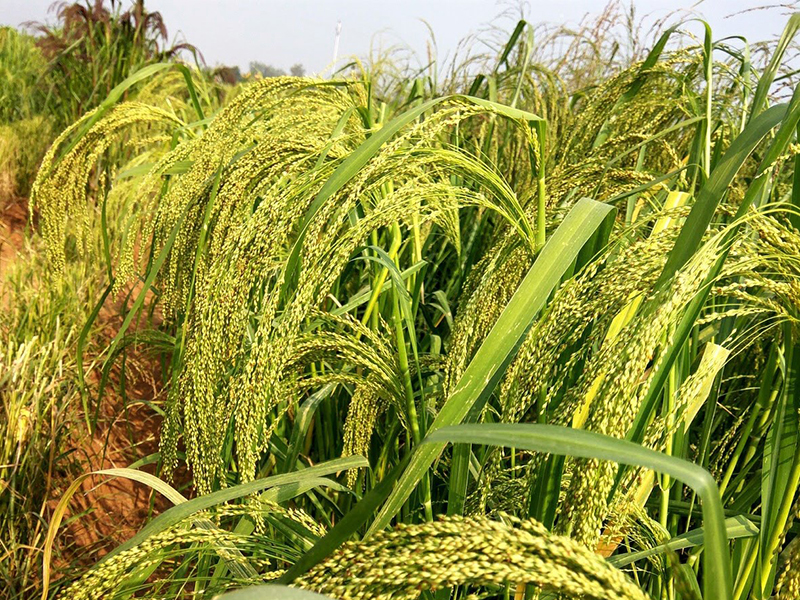 Caption: Little millet growing in India. Little millet is an orphaned crop that can grow in hot, dry climates. It's valuable for regional food security. 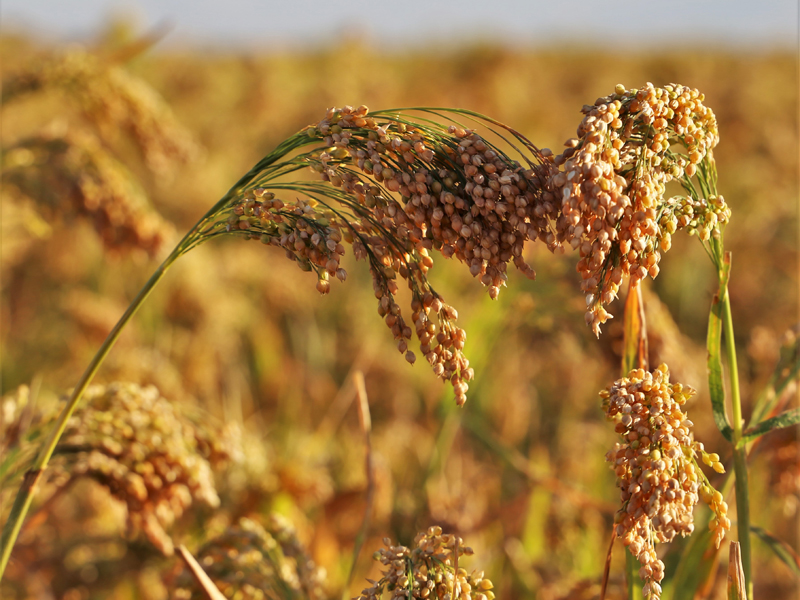 Caption: Proso millet growing in western Nebraska, which is believed to have been one of the earliest domesticated crops. It’s grown in the developing world as a food source and in the U.S. and Europe for forage and bird seed.