Findings first to address this key concern of patients 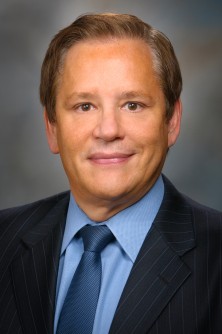 Newswise — In an analysis of more than 120,000 women diagnosed with and treated for early-stage breast cancer, researchers from The University of Texas MD Anderson Cancer Center determined the rate of additional breast biopsies needed for these patients during their follow-up care.

The findings, reported in JAMA Surgery, are the first comprehensive nationwide population-based study regarding the need for breast biopsies performed during follow up after treatment for invasive breast cancer.

According to the American Cancer Society, 252,710 women will be diagnosed with breast cancer in 2017, and of those, 63,410 will have early-stage disease.

Research and data help physicians counsel women about breast cancer recurrence rates, how often cancer in one breast develops in the second breast. However, in a thorough review of the literature, no data offered clues about how often a patient, after having had breast cancer, will require a biopsy, explains Henry Kuerer, M.D., Ph.D., the study’s corresponding author.

“This is a genuine concern for patients. Many feel very anxious over the future need for biopsies and the potential of another diagnosis,” explains Kuerer. “Women will often choose a mastectomy rather than have the fear and stress associated with future biopsies or another cancer diagnosis.”

To gather information that could shed light on the need for follow-up biopsies, the researchers analyzed two national databases. They looked at 41,510 breast cancer patients in MarketScan (the national database of patients with private insurance, age 64 years and younger), and 80,369 breast cancer patients in SEER-Medicare (patients age 65 years and older). All had Stage I – III disease, and were diagnosed between 2000 and 2011. Diagnosis and procedural codes were used to identify biopsy rates during follow up.

Of note, say the researchers, the five-year incidence of breast biopsy was higher in women treated with brachytherapy, compared to those treated with whole-breast radiation: 16.7 percent in the MarketScan cohort and 15.1 in the SEER-Medicare cohort. Also, after a mastectomy in one breast, the estimated five-year breast biopsy rates for the other breast were 10.4 and 7.8 in the MarketScan and SEER-Medicare cohorts, respectively.

Of the patients who underwent a breast biopsy, 29.8 percent in the MarketScan cohort and 23.2 in the SEER-Medicare cohort underwent subsequent cancer treatment.

Kuerer notes that the study is not without limitations, including that it’s based on claims data. Also, he and his colleagues note that both imaging and targeted therapy treatment for early-stage breast cancer may have improved since 2011, when the study concluded.

Still, he says, the research addresses an important issue that will allow surgeons to have more meaningful conversations with their patients.

“This information is something I can use daily when discussing breast cancer treatment options,” said Kuerer. “The important message is that the rate of biopsy for patients is relatively low and the overwhelming majority of the biopsy results will be benign and not require further treatment.”

This research also serves as a complement to another MD Anderson study led by Kuerer that evaluates the need for surgery in early-stage breast cancer patients who achieve a pathologic complete response to chemotherapy or targeted therapy. That study is ongoing and actively accruing patients.

Regarding disclosures, Kuerer reports publishing patents, royalties and other intellectual property from the New England Journal of Medicine Group and McGraw-Hill Publishing, serving on the speaker’s bureau for PER and former research funding from Genomic Health. Dr. Leung reports serving on the Scientific Advisory Board for Hologic Inc.