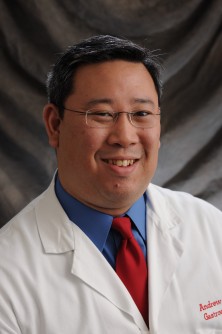 Newswise — ANN ARBOR, Mich. – Cancer cells are on the move in the bloodstream in the very early stage of pancreatic cancer, and can be detected before cancer is diagnosed, according to research by the University of Michigan Health System.

In a study of 51 patients, researchers used a state-of-the art microfluidic device to capture circulating pancreas epithelial cells in 33 percent of patients with early pancreatic lesions and no clinical diagnosis of cancer.

The findings, published in Gastroenterology, suggest that circulating pancreas cells (CPCs) seed the bloodstream before tumors can be detected using current clinical tests such as CT and MRI scans. The data suggest that the detection of pancreas cells in the blood may be an early sign of cancer.

“While there is much work that still needs to be done, there is great potential for using this technology to identify who is most at risk for developing pancreatic cancer,” says lead author Andrew Rhim, M.D., an assistant professor of internal medicine at the U-M Health System and gastroenterologist at the U-M Comprehensive Cancer Center’s Multidisciplinary Pancreatic Cancer Clinic.

One reason the outlook for pancreatic cancer is poor is that very few of the cancers are found early. Patients usually have no symptoms until the cancer has spread to other organs. There are no blood tests to find early cancers of the pancreas.

It is thought that cancer cells seed the bloodstream late in cancer progression, when large tumors are present. But based on studies in animal models of pancreatic cancer, U-M researchers and colleagues theorized that dissemination happens before we tumors can be detected.

They studied three groups of patients: those who were cancer-free, those diagnosed with precancerous cystic lesions, and patients with pancreatic cancer. Researchers captured circulating epithelial cells in 73 percent of patients with cancer. None of the 19 cancer-free patients without lesions had these cells in their bloodstream.

“Studies are underway to interrogate the genomic signature of circulating pancreas cells from patients with precancerous cystic lesions,” says Rhim. “If these cells represent the earliest forms of cancer, we predict they would possess many of the genetic anomalies we typically see in pancreas tumors.”

A clinical trial, funded by the Pancreatic Cancer Action Network, has been started to see if these analyses can predict which patients at risk for pancreatic cancer will develop tumors.

This work is a collaboration between Rhim’s laboratory and the laboratory of Brian Kirby, associate professor of mechanical and aerospace engineering at Cornell University, the creator of the microfluidic device used in these experiments. This work was funded by the National Institutes of Health (K08DK088945), University of Michigan Comprehensive Cancer Center, the Basser Research Center of the University of Pennsylvania, National Pancreas Foundation and the National Science Foundation.