Mosquito nets: Are they catching more fishes than insects?

Newswise — Mosquito nets designed to prevent malaria transmission are used for fishing which may devastate tropical coastal ecosystems, according to a new scientific study. The researchers found that most of the fish caught using mosquito nets were smaller than a finger and potentially collect hundreds of individuals.

Malaria is a serious global health issue, killing nearly half a million people every year worldwide. Aid organisations like the Bill and Melinda Gates Foundation have invested in solutions to solve the crisis such as distributing hundreds of thousands of bed nets to protect people from mosquito bites carrying the virus.

"Distributed mosquito nets are intended to be used for malaria protection, yet communities living in poverty use them for fishing, providing fresh concerns for already overfished coastal ecosystems, says," Benjamin Jones, a director of Project Seagrass and PhD researcher at Stockholm University Department of Ecology, Environment and Plant Sciences.

There are few studies that investigate how much fish mosquito-net fishing potentially harvests, although the use of mosquito nets for fishing is not a new phenomenon:

"No evidence on the sheer amount of fish that these fisheries extract has been published that we are aware of. Gaining an understanding of these catches is vital if we are to manage such fisheries," says Benjamin Jones.

In Mozambique, each sweep of the mosquito net caught more than half of the average daily catch (2.4 kg a day) using traditional nets, by weight. But many of the fishes were very small, which means mosquito net fishers who cast their nets many times each day are removing a huge number juvenile fish to eat. Many of the species caught are important for food in the region when adults or help keep the seagrass ecosystems where they are found healthy.

"The use of mosquito nets for fishing may contribute to less food availability, greater poverty and the loss of ecosystem functioning," concludes Dr Richard Unsworth, a co-author and Lecturer in Marine Biology at Swansea University.

Finding a solution to the problem is incredibly hard, but the researchers suggest the need for marine scientists, social scientists, health professionals and fishing communities to all work together. Laws imposed from governments make the use of mosquito nets for fishing illegal in some localities, however, such mechanisms are evidently insufficient because people still need food and "need re-thinking" according to the study.

"We need to know why communities aren't using these nets for intended use, and therefore we have to involve them, so they can be part of developing solutions to these challenges," says Richard Unsworth.

The team collected data at seagrass meadows by ten coastal villages in northern Mozambique. Identifying each fish species, the researchers recorded the weight of each fish group and the total catch, as well as age and where they are positioned in the food web. 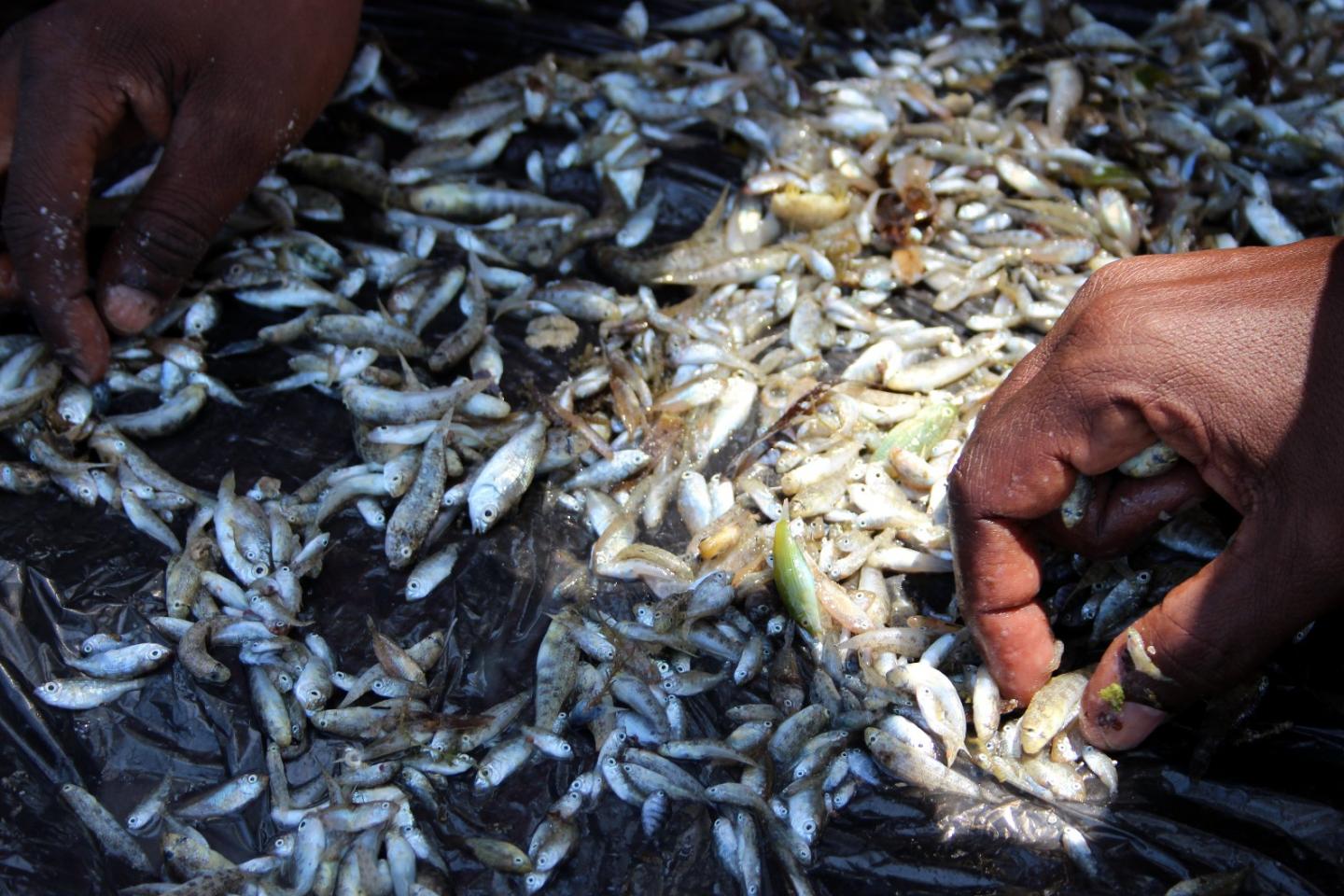 Caption: This is a typical mosquito net catch with many small fish. 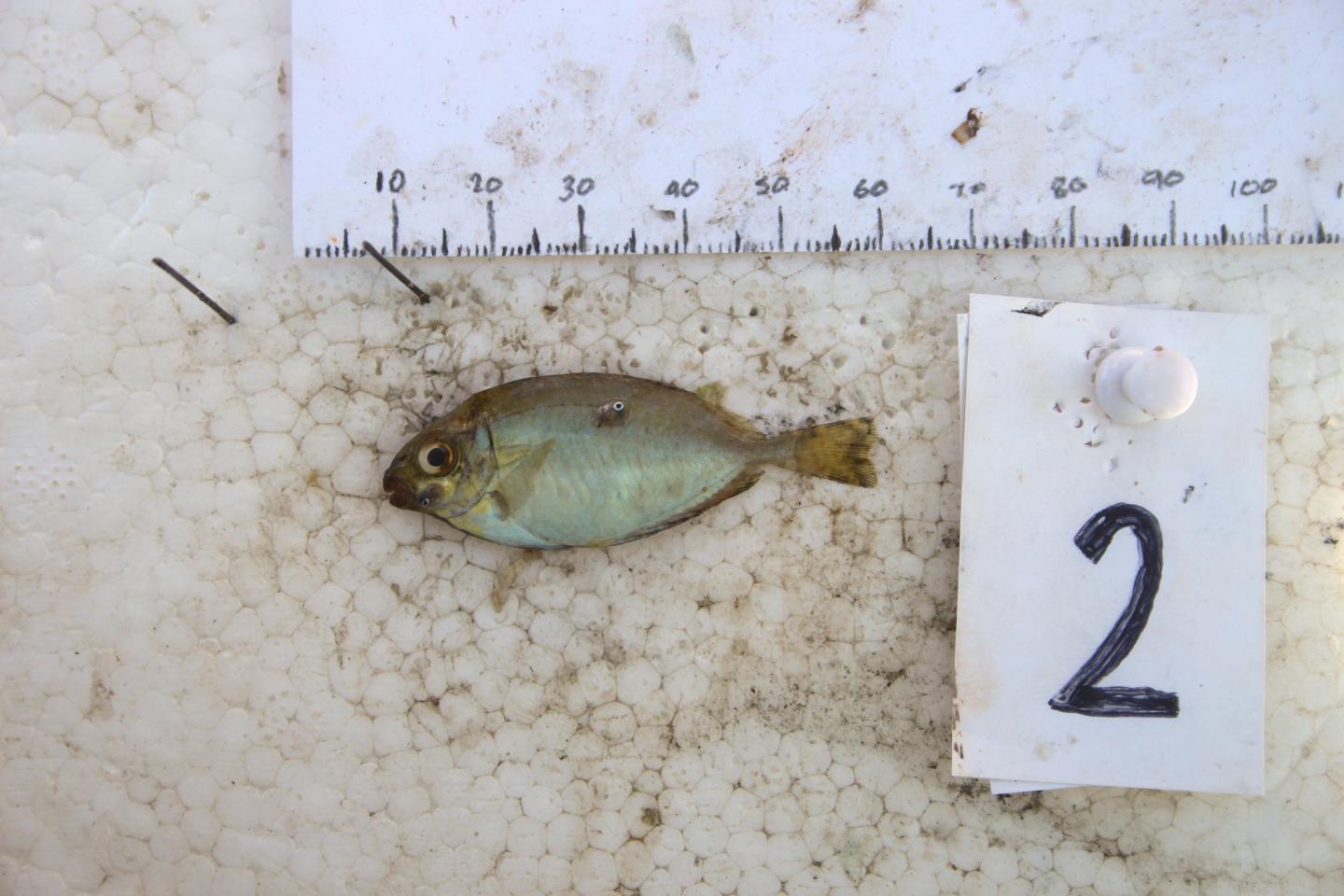 Caption: This is a small rabbitfish caught using mosquito nets.

Ambio - A Journal of the Human Environment