Initiative focuses on wildlife moving in and out of U.S. parks 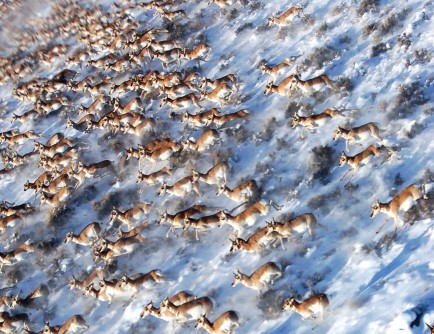 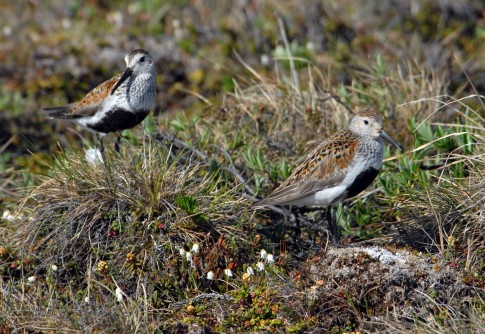 Dunlins – This species migrates from great distances to breed in the Alaskan Arctic during the area’s brief but productive summers.

Newswise — A new paper details a collaboration between the National Park Service (NPS) and outside experts, including Wildlife Conservation Society (WCS) scientists, in developing recommendations to conserve aerial, marine, and terrestrial populations of migrating wildlife that move in and out of U.S. national parks, often coming from distant regions of the globe.

The paper, “Optimism and Challenge for Science-based Conservation of Migratory Species in and out of U.S. National Parks,” currently appears in the online version (early view) of the international journal, Conservation Biology.

The NPS reached out to leading scientists to bring together diverse scientific expertise to help frame and address this challenging issue. Among the scientists involved in the effort were Joel Berger of WCS and the University of Montana, Missoula, and Steve Zack of WCS.Defining migration as “the cyclical movement of individuals or populations of animals across different ecosystems between seasonal ranges,” the authors offer a blueprint for the conservation of species that seasonally occupy America’s national parks.

Examples of wildlife that move in and out of national parks include pronghorn that migrate to lower elevation areas seasonally in the American West, humpback whales that calve their young near Hawaii and move through shipping lanes to summer feeding areas in Southeast Alaska, and shorebirds like the American golden plover that breeds in Arctic Alaska and migrates to wintering grounds in southern South America.

“The challenges of conserving migratory species that use national parks involve daunting ecological, social and philosophical questions,” said lead author Joel Berger, a professor at the University of Montana and Senior Scientist with WCS. “If we can educate landowners, counties and agencies in the U.S., and even foreign governments, to see that migration is an essential wildlife process, the likelihood that we can conserve these species increases. There is reason for optimism.”

Adding to that optimism are existing precedents such as that seen in the Path of the Pronghorn—the first federally- designated migration corridor in the United States. Collaboration among the NPS, WCS and Bridger Teton National Forest led to the identification and protection of this 93-mile (150 km) pronghorn migration route that links the animals’ wintering grounds in the Upper Green River Basin and summering grounds in Grand Teton National Park.

Study co-author, Dr. Herbert C. Frost, Associate Director for Natural Resource Stewardship and Science in the NPS said, “The National Parks Service is thrilled to have the opportunity to benefit from the expertise of the Wildlife Conservation Society, University of Montana, and others. This collaborative effort, both nationally and internationally, comes at a time when the need to conserve key species that move across local jurisdictions (including in and out of our national parks) could not be higher.”

Among the many recommendations in the article is to launch a series of conservation efforts with high-profile migratory species. By so doing, “these pilot projects may provide transferable lessons for a more comprehensive effort and build capacity for a migratory species initiative within and outside of NPS.” These pilots may also provide an indication of the challenges associated with bringing together different coalitions to conserve key species across their geographically complicated movements.

Wildlife Conservation Society Senior Scientist Steve Zack said, “The National Park Service is internationally recognized as a leader in managing parks and protecting our wildlife heritage. For migratory species, protected areas are essential but not sufficient. We look forward to working more with NPS in conserving long-distant species such as those that nest in our national parks but winter south of the Equator and need coordinated conservation across their range.”

The authors note that with nearly as many people visiting national parks as professional baseball, football, and basketball games combined, the opportunities to work with the public to elicit more protection for migrating wildlife appear to be ample. 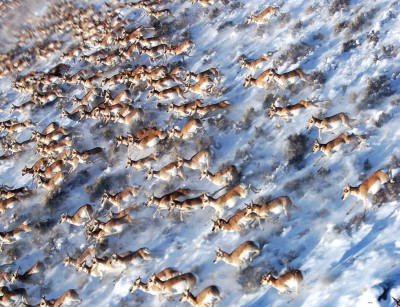 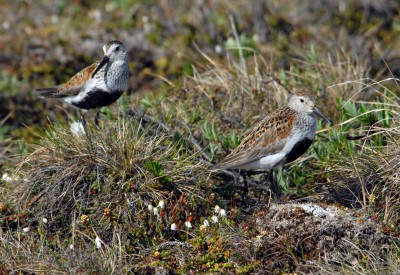 Caption: Dunlins – This species migrates from great distances to breed in the Alaskan Arctic during the area’s brief but productive summers.